Vera Wang will present at Lincoln Center for Mercedes-Benz's New York Fashion Week on Valentine's Day at 11 a.m. Here is where you can watch a live stream of the show.

Valentine's Day 2012: 5 Short Love Poems to Insert into Your Card

Valentine's Day 2012 is here and while your gifts may be wrapped and ready to deliver, writing a card can often be the hardest part. Here's a selection of short love poems that might help you with the process.

For Avalanna Routh, a six-year-old diagnosed with a rare form of cancer called AT/RT, meeting Justin Bieber for Valentine's Day 2012 meant making all her dreams come true. And on Feb. 13, the pop star decided to make that dream a reality, treating Routh to a Valentine's Day date in Manhattan that she would never forget.

On Tuesday, Feb. 14, police in Malaysian city of Petaling Jaya and other parts of the country raided a number of hotels and arrested more than 80 people for being alone with a member of the opposite sex.

Happy Valentine's Day 2012: How A Kiss Could Give You Lead Poisoning

If you're going to be on either end of a kiss this Valentine's Day, you might want to consider smooching bare-lipped. Most lipstick contains lead.

People in Uzbekistan have been forced to replace Valentine's Day with the birth anniversary of Moghul emperor Babur, which falls on the same day.

Hacker collective Anonymous has taken down a number of Web sites on Tuesday, including that of the Bahrain government and the U.S. maker of teargas used on protesters in Bahrain last month.

Emirati marriage counselor, author and ultra-conservative Muslim Widad Lootah has urged Muslim and Arab women to embrace love and love-making on the eve of Valentine's Day, it has been reported.

Tech blog Engadget is giving away five free Nokia Lumia 710 smartphones for Valentine's Day 2012, and if you want the gift deal, here's what you need to do. Go to the Engadget Web site and leave a comment on the contest page. Winners will be chosen at random, and it doesn't matter what you post in the comments. The catch is, you have to be 18, and the phones only run on the T-Mobile network, service not included. So, you get a free phone and then pony up for the data plan and contract.

While Valentine's Day has always been sure to disappoint lonely hearts, this year's festivities also may dishearten the retailers used to sweetheart sales during the period, various economic indicators suggest.

Valentine's Day 2012: 14 Free Apps in One to Surprise Your Lover

It's easy to scurry out and buy a box of chocolates or bouquet as a last minute Valentine's gift, but for those who want to try something different, why not surprise your significant other by downloading a romantic app? It's fast and free.

The fourth and final installment of The Twilight Saga, Breaking Dawn -- Part 1 is on pace to outsell he previous Twilight movie DVDs and Blu-ray discs, selling 3.2 million units in the weekend leading up to Valentine's Day. Sales are 18 percent more than the third Twilight movie, Eclipse, which sold 2.7 million units its first weekend of release according to the Chicago Tribune.

Valentine's Day 2012: How the Weather Affects Chocolate and Other Sweet Facts You Didn't Know

On this year’s sweetheart’s holiday, America is expected to spend $700 million on chocolate. But did you know that the chocolate industry’s days may be numbered, or that most of the world's chocolate only comes from one place?

Cupid is not the only one who is busy shooting his arrows on Valentine Day's. Using social engineering methods such as stimulative and romantic, sweet title or catchy words, spammers are also targeting consumers who are trying to find a good gift online for his/her Valentine, warns global computer security firm Kaspersky lab

Patient dumping, refusing emergency treatment of a hospital patient, has been illegal since 1986, but still costs hospitals hundreds of thousands of dollars each year in fines.

A fountain video from Dubai set to I Will Always Love You has been received by many Whitney Houston fans to be a tribute to the late singer. 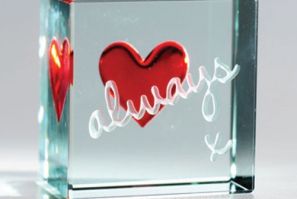 The museum, which collects relics from past breakups, is expecting to double the amount of visitors who usually stop in on Valentine's Day 2012. We might say it's a love museum, says co-founder Drazen Grubisic, just upside down. Learn about the objects that have been left there, and find out how the museum was founded in the first place. 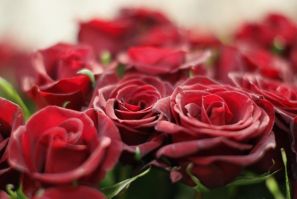 Valentine's Day is seen as a vulgar, foreign intrusion by many in India.

Valentine's Day Gifts 2012: 10 Last Minute, Affordable Gift Ideas For Him and Her

It's almost Valentine's Day 2012. For those who haven't planned ahead, putting together a romantic but affordable gift at the last minute can seem daunting. Not to worry: here are ten free or affordable gift ideas for him and for her on Feb. 14, with little to no prep work required. Forget chocolates and flowers: give your date something something truly special for the romantic holiday. 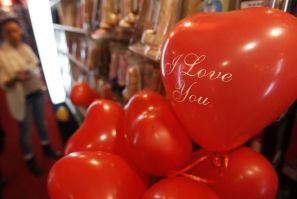 Last minute Valentine's Day gift shoppers hoping to surprise their paramours with a bouquet of balloons are in for a deflating surprise this year. A global helium shortage is causing supply-chain disruptions for gift shop owners, raising the possibility that there won't be enough of the lighter-than-air gas to fill out the tens of thousands of foil hearts, flowers and puppies gifted every February 14. 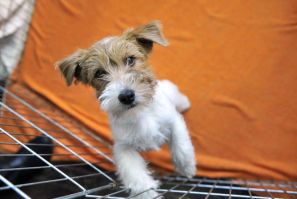 Valentine’s Day 2012: Pets, Chocolate and Flowers Do Not Mix!

Chocolate is not the only Valentine's Day treat to keep out of your pet's reach. 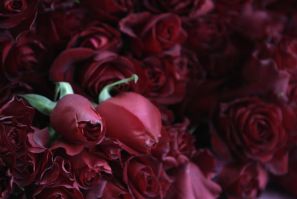 Love is already in the air and, as it appears, this year’s Valentine’s Day is going to be different. Our live coverage here brings you all special events, news and oddities which make this Valentine’s Day unique. 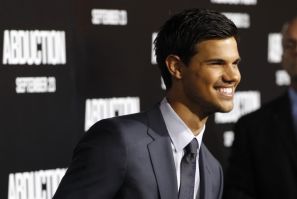