Bankrupt crypto lender Voyager Digital received initial court approval on Tuesday for a proposed $1 billion sale of its assets to Binance.US, and said it will seek to expedite a U.S.

Binance has the leading bid at $50 million, but Sam Bankman-Fried's crypto exchange FTX is not far away, according to a report.

45 years On, The Voyager Probes Continue To Provide Valuable Data

"We don't know how long the mission will continue, but we can be sure that the spacecraft will provide even more scientific surprises as they travel farther away from the Earth," said Suzanne Dodd, project manager for Voyager at JPL.

Voyager will now be allowed to access the custodial account in the Metropolitan Commercial Bank where the firm held $270 million at the time of Chapter 11 bankruptcy filing on July 5.

Scientists Finally Find Why Neptune Is Bluer Than Uranus

Without the haze layer, both planets could be "almost equally blue."

A group of researchers provided a possible explanation for the formation of the massive hexagon-shaped storm on Saturn. They conducted their study by creating an atmospheric model of the planet.

Iconic 'Pale Blue Dot' Image Of Earth Gets A Makeover

The iconic 'Pale Blue Dot' shows the Earth as a tiny blue speck in space. It shows how small, vulnerable and irreplaceable our planet is.

A UFO expert claimed that some of the photos taken by NASA during its Apollo 15 mission to the Moon revealed a massive alien vessel parked inside one of the lunar craters. According to the expert, the alleged vessel resembles the U.S.S. Voyager starship from the “Star Trek” media franchise.

For The First Time In Almost 40 Years, NASA Used Old Thrusters On Voyager 1

NASA fired up some old thrusters on the back of the Voyager 1 space probe for the first time in 1980. Despite a 37 year gap between uses, the thrusters work perfectly.

Where Are Our Nine Farthest Probes?

As Cassini prepares for its final plunge into Saturn's atmosphere, let's take a look our nine farthest scouts in the solar system and beyond.

A Look At Voyager's 40 Year Journey

Voyager 1 has completed 40 glorious years in space and sent us back a treasure trove of information.

The Winning Message To Voyager Was Announced Tuesday

The winning message to Voyager was announced Tuesday by William Shatner.

The Solar System Is Even More Massive Than You Think

If you want to measure the size of the solar system, first you have to define it.

Voting for the #MessageToVoyager is now open on NASA's website, the winning message will be beamed to the Voyager 1 in September.

Forty years after its launch, the Voyager twins are humanity’s farthest traveled and longest-lived spacecraft.

NASA is holding a competition to find the best message to send to the Voyager spacecraft. The message would be an addition to the Golden Record intended for any extraterrestrials who encounter the craft.

How To Use Google Earth's New Version On iOS

Google launched a new version of Google Earth on iOS with multiple features. Here's how to use them.

The Voyager spacecraft has provided nearly 40 years of information to NASA as they travel space. 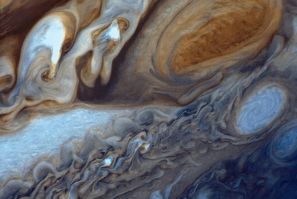 Swirling Storm On Jupiter Will Soon Be Earth-Sized

Jupiter’s enormous swirling red storm, its Great Red Spot, is shrinking so much that it is changing shape and could soon be the size of Earth. 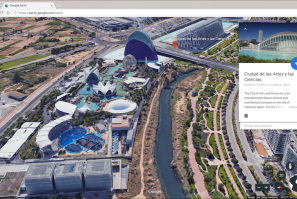 Google Earth now has a feature called Voyager that provides users with an interactive guided tour. 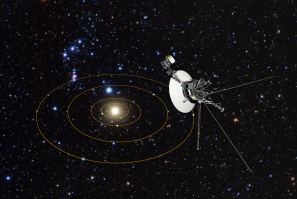 A Road Map For Voyagers’ Future

NASA's Hubble Space Telescope has helped scientists create a road map of the probes’ future trajectories, giving a broader context to what they are currently observing in their vicinity. 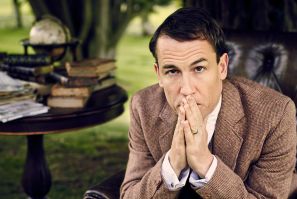 Why ‘Outlander’ Season 3 Will Show Frank More Than The Books

The Kickstarter campaign wants to raise $198,000 by Oct. 20 to create and issue vinyl LPs in time for the 40th anniversary of the Voyager launches. 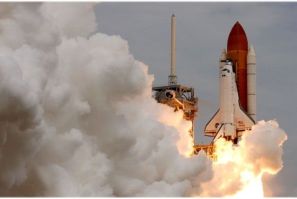 Space travel today is just too slow, so one rocket scientist is developing technology that could send humans to Mars in a matter of weeks.