H5N6, which causes a high death rate among poultry, does not transmit easily between humans.

While the virus detected in the Netherlands was identified as H5N8, the strain of the virus in the U.K. has so far not been identified.

The U.N. is warning about A(H5N6), a new strain of avian flu that is striking chicken and geese from China to Vietnam.

The deceased person was a Canadian who traveled to China in December.

Bird Flu Explainer: No Cause For Alarm Yet

The H7N9 strain that's sickened at least nine in China has not yet been documented passing from human to human.

A potentially deadlier form of the bird flu virus poses one of the gravest known threats to humans and justifies an unprecedented call to censor the research that produced it, a top U.S. biosecurity official said on Tuesday.

A man in southwest China died of bird flu on Sunday after three days of intensive care treatment in hospital, the official Xinhua news agency quoted the Ministry of Health as saying.

Two teams of researchers, involved in the creation of a modified version of the contagious H5N1 virus (an act funded by the U.S. National Institutes of Health, according to The Independent) have been asked by the administration to withhold key information to prevent potential bio-weapon threats.

Workers began culling 17,000 chickens at a wholesale poultry market in Hong Kong on Wednesday after a dead chicken there tested positive for the deadly H5N1 avian virus, a government spokesman said.

According to a new research paper published in the November Journal of Virology, vaccinating children annually against influenza virus could interfere with their development of cross-reactive killer T cells to flu viruses.

Universal Flu Vaccine Could Be Available by 2014, Scientists Say

Scientists are scrambling to develop a universal flu vaccine that will protect against all strains of influenza. Some pharmaceutical companies say that vaccine could be available as soon as 2014.

Authorities in eastern India will start culling chickens and destroying eggs to contain a new outbreak of H5 bird flu, the government said in a statement on Tuesday, as a mutant strain of the virus is spreading elsewhere in Asia.

The United Nations' Food and Agriculture Organization (FAO) has issued a warning, looking at the situation that it a mutant strain of deadly flu is already spreading in China and Vietnam, according to CBS News report. Fears of an outbreak of bird flu this winter have been raised by the United Nations. Bird flu was in decline, but FAO warns it appears to be on the rise again and the new bird flu strain is even deadlier.

Public health officials are warning that bird flu once again poses a growing threat, as the virus spreads across parts of Asia and has developed a dangerous new mutation.

The United Nations on Monday urged greater preparedness and surveillance against a possible resurgence of bird flu, warning that the new mutant virus H5N1 - 2.3.2.1 might affect Asia the most. 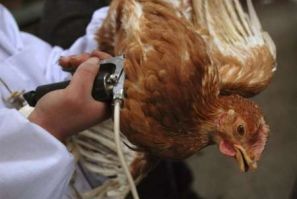 The Return of Bird Flu?

There's evidence that avian flu is mounting a comeback. 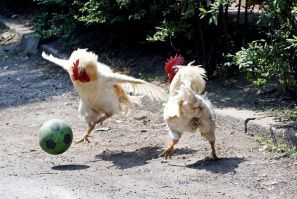 A rise in the number of reported cases of avian flu, coupled with the appearance of a mutation that could be resistant to vaccines, has led the United Nations to warn of a potential bird flu resurgence.