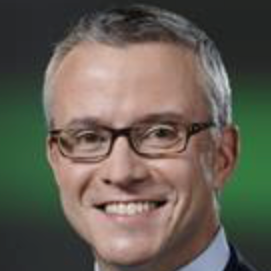 Jeffrey Jones currently serves as the president and CEO of H&R Block, Inc., an American tax preparation company. Best known as an ethical leader, Jones steered H&R Block into a more humanistic direction by making a major shift in business strategy immediately after stepping into the position. Believing that it was the right thing to do, the move would shock both investor and stock prices before eventually helping the company not only regain its former trust and prestige but also increase market shares.

Additionally, under Jones’ tenure, the five main pillars that would eventually change the company for the better would be introduced. Outside of the core business, in 2019, Jones helped launch the Make Every Block Better community impact platform, which aims to help improve grassroots neighborhoods.

Through the pandemic, the company provided free virtual tax prep to frontline workers and served as a COVID-19 resource hub for small business owners. Additionally, a new Associate Relief Fund and new paid benefits were provided for the company’s employees.

All of that is hardly surprising, given Jones’ previous experience. Innovative, results-driven and authentic, he held leadership roles in companies like Uber, Leo Burnett, Gap, The Coca-Cola Company and Target, the last of which he helped bounce back after a potentially crippling data breach back in 2013.

Jones graduated from the University of Dayton with a degree in communication and is also a Fork Union Military Academy graduate. He advises multiple early-stage companies and non-profits and has received notable awards like “One of the World’s Most Influential CMO’s” by Forbes, “Top 20 Social CMO’s” by Fortune, “Marketer of the Year” by Mass Market Retailer and “One to Watch” by the Wall Street Journal, among many others.

His work has also been profiled by Harvard Business Review, as well as some books like “Rebuilding Empires” and “What the New Breed of CMO’s Know That You Don’t.”

Jeffrey Jones, H&R Block - Why We Recognized Him:

One of the most important ways to be kind is to stand up for the treatment of others -- and putting your money, your mouth, and even your career on the line for that moral imperative.

Jeff Jones of H&R Block did that in a big way when he left Uber because of the blatant issues with sexual harassment and sexism. And his well-earned image as an ethical leader is the primary reason he was hired to lead H&R Block where their mission statement is “We Do the Right Thing”

Long before Uber, Jones proved himself and his character as a thoughtful and kind leader over a 27-years-career in executive management. As executive vice president and chief marketing officer at Target Corporation from 2012 to 2016 he helped lead the juggernaut of a brand back from the infamous and potentially crippling 2013 data breach, launching a variety of initiatives that regained customer trust and loyalty including being more “guest-centric” and creating a more open, agile employee culture. He took the bull by the horns and served himself as Target’s head of guest experience and communications to accomplish that.

Jones took that commitment to kindness and ethics to the next level when he joined H&R Block. He immediately courageously committed himself and the company to a major shift in business strategy which initially shook investor confidence, and stock price, when he unabashedly stood up for the consumer and an across the board price cut. Jones wholeheartedly believed it was the right thing to do because H&R Block was over leveraging price increases to make up for a long-term declining business. At the same time he committed to increasing the value of their product in every way.

“We’re going to be changing our pricing model,” explained Jones at the time. “We’re going to be dealing with our brand promise and how we market the company. We’re focused on improving the quality of service delivery. We’re innovating with new services.”

Jones announced five main objective or ‘pillars” would now guide them: Elevate talent and culture; own a sustainable brand position; win on customer experience; build operational excellence; and invest for the long term. It was the perfect Social Capital solution to facing declining business, and he convinced investors he was right

“As we went on the road talking to investors, almost every single one said they agreed with our assessment of the business," Jones says. "They agreed with our strategy because our prices have been too high, and they thought our quality could get better. The reason this kind of change doesn’t happen very often is because of the short-term pressure from investors. It’s just really painful. But we know it’s the right thing to do for the long term of the company.”

Jones also believed the company needed to regain its reputation as the leader in the tax help space. So he made tax advice available all year round, making sure H&R Block tax pros average at least 10 years of experience and go through 20-30 hours of training each year to stay current on the tax code, and by publishing tax advice and tips in their blog and on social media. They also offer clients a free look forward at the coming year’s taxes, so they can be prepared.

New offerings such as an online assisted tax service called Tax Pro Go and Tax Pro Review, through which a tax pro will review the return you prepared yourself and make sure it was done correctly rounded out some pretty amazing and thoughtful additional services. All of it is helping to return Block to the prestige and trust it once enjoyed, as well as increased market share.

Outside of the core business, they took their message and millions of dollars to the streets, literally with their Make Every Block Better community impact platform launched in 2019. They send out associates on grassroots neighborhood improvement programs that have nothing to do with taxes but everything to do with making people more prosperous. Because “We believe communities are more vibrant when neighbors connect with one another and small businesses thrive,” says Jones.

During a year of contentious racial upheaval in order to “build a culture where everyone feels like they have a voice and belong,” he invited his associates to share their personal experiences, fears and worries about racism, as well as ideas on how to stop it as a company.

Through the pandemic they provided free virtual tax prep to frontline workers, launched a COVID-19 Resource Hub for small business owners, and joined the Stand for Small coalition, launched by American Express. They helped small business owners with the Paycheck Protection Program and CARES Act through their Recovery Action Plan service. For their own people they provided new paid benefits and flexibility, and a new Associate Relief Fund.

Ultimately, that’s why we at Social Capital and IBT salute Jones and agree wholeheartedly with his heartfelt belief that, “All of these efforts, and others, are why I continue to be so hopeful for the future of our company, our country and our world.”