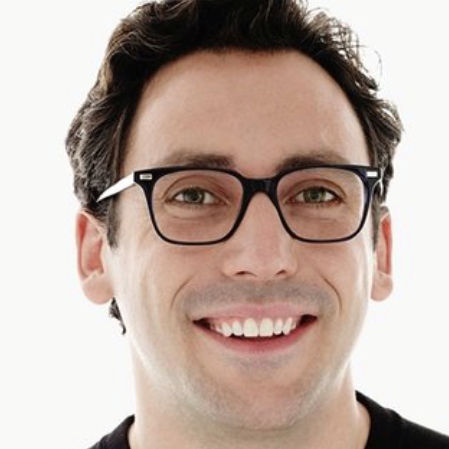 Neil Blumenthal currently serves as the co-founder and co-CEO of Warby Parker, a transformative lifestyle brand focused on providing affordable and accessible designer eyewear. Focused on not only changing the profit-centric ways of the eyewear industry, the company was founded by Blumenthal and friends, who all realized how inaccessible eye care is to the same people who absolutely need it.

This resulted in high-quality eyewear starting at only $95. By cutting out the middleman and designing their products themselves, the team behind Warby Parker was not only able to price their eyewear affordably, they were even able to donate a pair for each one that was bought. So far, the company has donated around five million pairs.

The company being a social enterprise is not at all a surprise, as prior to Warby Parker, Blumenthal worked for VisionSpring, a non-profit organization that helps train women in low-income situations to sell eyeglasses to those who need them.

His knowledge of the eyewear industry, along with his drive for social causes, would then come in handy for the company that he is a part of today. And so, under his and his co-CEOs’ leadership, Warby Parker would launch social projects like “Pupil Project,” which has helped over 200,000 students in NYC who need eyeglasses and employee-led initiatives that support underrepresented people in tech, like the LGBTQ+ community. Warby Parker was even named the most innovative company in the world by Fast Company in 2015.

A New York native, Blumenthal had an entrepreneurial spirit from a young age and graduated with a double major in History and International Relations from Tufts University. He also received his M.B.A. from the Wharton School of the University of Pennsylvania.

Neil Blumenthal, Warby Parker - Why We Recognized Him:

Started by college friends after one of them lost his glasses on a backpacking trip and had to spend a semester squinting because he couldn’t afford new ones, they decided to change the way glasses were made in order to create affordable eyewear for everyone.

The result: high quality glasses starting at just $95 dollars. And even before the pandemic, they were sending out five pair of glasses to your house so you can try them on at home for free with a pre-paid return label and they continue to do so. Talk about trusting your customers and treating them with kindness.

Dave Gilboa and Neil Blumenthal, co-CEOs of Warby Parker, dismantled the old, traditional, and profit centric glasses industry by creating a system that was profitable for the company, good for the customers, and would expand much needed access to eye care across the world.

This was need-based business at its best. About 2.5 billion people around the world need glasses to see but cannot due to a lack of access to eye wear and care. Warby Parker is on a mission to solve this atrocity by giving away one pair of glasses for every one they sell. And so far they have given away a whopping five million pairs.

“We believe that buying glasses should be easy and fun,” say the founders. “It should leave you happy and good-looking, with money in your pocket. We also believe that everyone has the right to see.”

They don’t just help vision care abroad either, they do it right here in the States through the Pupil Project. This project started in New York City and has expanded to Baltimore already. They have teamed up with celebrities such as Lena Dunham, Mary-Louise Parker, and Gloria Steinem to help over 200,000 students that need glasses in NYC alone. So far, they have screened over 220,000 kids, given out over 64,000 eye exams, and given out over 54,000 pairs of glasses through the program.

Similar to the internal groups at Discover that we lauded back in November, they have employee led programs such as Heritage for “Connecting, representing, and celebrating the many ethnic and racial identities within Warby Parker by educating employees about cultures other than their own.” The powerful employee initiative also features groups like Inclusion in Tech and Product for those “Learning and improving how historically underrepresented people working in and with tech can thrive and make an impact.”

Prism aims to “support Warby Parker’s LGBTQ+ employees through experience sharing, volunteering, dialogue, and community building.” There is even one called Warby Parents to “make “Warby Parker a space where parents can share their aspirations, experiences, and wisdom.” Warby Women “supports the empowerment and growth of women by fostering an open dialogue, sharing experiences, and inspiring action for the benefit of women and the future of Warby Parker.”

They take care of their employees’ physical health as well to make sure they are "energized, nourished, and happy,” by offering incredible health benefits for eye care, education reimbursement, life insurance, a health and fitness stipend, paid time off, disability coverage, paid parental leave, and paid holidays. All this taking care of their employees shows well with the company having 89% of the workforce being proud to work there.

“In 2010, we launched Warby Parker to transform the optical industry while demonstrating that businesses could do well while doing good,” say the founders. “Nine years later, our commitment remains the same and is exemplified by Warby Parker’s 2,500+ employees.”

Warby Parker proves that the power of capitalism to do good in the world is alive and well, as long as CEOs have the vision to make it happen.