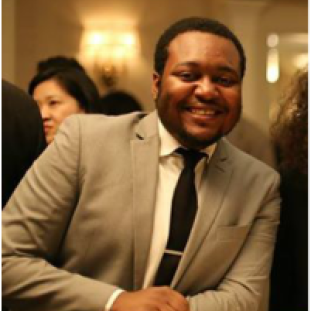 Chancellor Agard is a media and culture reporter for the International Business Times and has a masters degree from Columbia University Graduate School of Journalism. He has also contributed to Entertainment Weekly and The Daily Beast.

The FXX series "You're the Worst," which is returning for its second season on Sep. 9, is a dark twist on the romantic comedy genre.

The team behind CBS' "Limitless," based on the Bradley Cooper film, previews what's to come in the show's freshman season.

Ahead of the first season finale of "Mr. Robot," composer Mac Quayle looks back on the music for this season's important moments.

Cablevision and CBS Corporation will be the first cable or satellite provider to offer CBS' Web streaming services to its broadband subscribers.

New series from DC Comics seems ripped from the headlines, even though it takes place in 2036.

This announcement comes a week after NBCUniversal made a similar investment in Vox Media.

Fast cars, dinosaurs, Amy Schumer and N.W.A.: Universal Pictures had something for everyone this summer, and it paid off.

New York Plays The World: TV Production Boom In NYC Means Crews Have To Get Creative For Location Shoots

With many TV productions leaving Hollywood, there are more series filmed in New York than ever before — even ones set in cities that look nothing like the Big Apple.

HBO vs. Netflix: Sesame Street Will Help HBO Compete With Netflix For Kids (And Their Parents)

A new deal between HBO and Sesame Workshop will bring the next five seasons of "Sesame Street" to the premium subscription channel.

"Mascots," an original movie from the famed mockumentarian Christopher Guest, will premiere in 2016.

Stephen Colbert, sans shtick, will get a chance to talk politics with Jeb Bush on his first "Late Show" episode next month.

The reboot of the "Fantastic Four" franchise made less than half the prior two installments during its opening weekend.

Facebook blew up Thursday after a heated exchange between Chris Christie and Rand Paul, which centered around NSA spying.

Robert Downey Jr. Is The World's Highest-Paid Actor Thanks To 'Avengers: Age Of Ultron' Being A Hit In China And Overseas

Subway dropped Jared Fogle as a representative in early July, after authorities began investigating him for child pornography.

An agreement on the Trans-Pacific Partnership wasn't reached, but talks about a deal will be revived in November.

Willow Fire In California Has Grown To 5,116 Acres, Now 50% Contained

Burning 5,116 acres, the Willow Fire in the Sierra National Forest is one of 23 major fires now scorching California.

Twenty people died in a landslide in India's Manipur close to the border with Myanmar, while nine more deaths were reported in the country formerly known as Burma.

Jon Stewart's Final Week: Who Will Be His Last Three Guests On 'The Daily Show'?

Jon Stewart's final night as host of "The Daily Show" will be Aug. 6.

Jason Alexander, director of "Law & Order" and "The Blacklist," was arrested for child pornography on Wednesday.

The "Top Gear" trio is reuniting for a new car show on Amazon Prime.

Since the Telegraph identified a dentist from Minnesota as the poacher who allegedly killed Cecil the Lion in Zimbabwe, the Internet has responded with a massive outpouring of ire.

In the wake of Thursday's shooting, moviegoers may not avoid the Amy Schumer comedy as they did the violent "Dark Knight Rises."

The U.S. dollar remained weak on Thursday after sliding against major peers overnight for the first time this week as investors fretted about the potential for recession in the United States.

How Not To Retire: South Korean Ex-president Bedevilled By Protests

'Too Many Positives!': As China Rows Back COVID Curbs, Virus Fears Spread

As many Chinese embraced new found freedoms on Thursday after the country dropped key parts of its tough zero-COVID regime, some cities warned residents to maintain vigilance against a virus that, until now, has been largely kept in check.

U.S. anti-corruption groups are pushing Congress to attach sweeping new money-laundering rules to a year-end bill funding the government that lawmakers aim to pass in the coming weeks, according to aides and lobbyists.

Jennifer Lawrence Recalls Fears About Motherhood: 'What If I Can't Do It?'

Jennifer Lawrence gave birth to her son, Cy, in February.

T.J. Holmes had an affair with a third woman, according to a report.