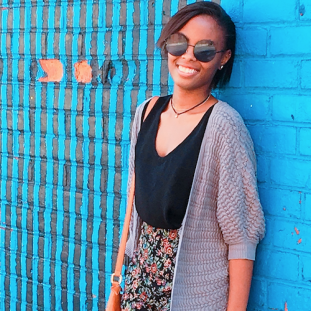 Dory Jackson is a Viral News Reporter at International Business Times. She graduated from Randolph-Macon College in Ashland, Virginia, in 2016 with a B.A. in Communication Studies and Journalism. Her bylines can be seen at Celebuzz, Press Pass LA and Celeb Secrets, among other publications. She is a pop-culture snob who enjoys healthy debates about the latest ongoings in film and television news. She is also a fan of throwing elaborate awards season parties for the Oscars, Golden Globes and Emmy's. Feel free to follow her on Twitter and Instagram, @dory_jackson. Email her at d.jackson@newsweekgroup.com.

Which NRA Affiliated Businesses, Advertisers Are Still On Board? [LIST]

Many businesses are terminating their relationship with the NRA.

United Airlines said passengers were unharmed after one of its planes skidded off the runway.

A drunk man walked away unharmed after hopping onto the train tracks as an oncoming train pulled into the station.

Drake is reportedly in negotiations with Adidas regarding a new collaboration.

A firefighter pleaded not guilty to setting his three children's hands on fire.

Passengers on a Delta Air Lines aircraft reportedly endured a nearly 12-hour delay ahead of their flight's cancellation due to icy conditions.

A South Carolina man shared a video of his easy gun-buying process.

Consumers are being advised to avoid a popcorn brand after it was recalled for containing insects.

An 18-year-old high school student was arrested for allegedly bringing an AR-15 style gun to campus.

A prisoner in Tennessee managed to escape from his correctional facility for the sixth time, police said.

Who Is Curtis Dawkins? Michigan Prisoner, Author May Lose Book Earnings To State

The state of Michigan seeks to collect money from inmate's acclaimed book of short stories.

Moderate Alcohol May Be Vital For Living Past 90, Researchers Say

New research suggests individuals who drink alcohol moderately each day could live past 90.

Teachers are considering walking out of schools nationwide to protest Congress' inaction against gun violence on campus grounds.

Twitter users have used the platform to lie about being assaulted at "Black Panther" screenings.

A passenger on Transavia Airlines caused a flight to divert over their continuous farting.

A school's superintendent addressed a racist homework assignment that referred to Native Americans as "red men."

Arrested Man Proposes To Girlfriend From Back Of Cop Car: 'She Said Yes'

An arrested man asked his girlfriend to marry him while they were in a police vehicle.

A high school basketball coach was accused of engaging in misconduct with a 17-year-old student.

Tinder's new update will allow women to lead the conversation, like Bumble.

A security threat on Instagram caused the Nutley School District in New Jersey to cancel classes Friday. The threat stemmed from an Instagram posted that posted the lyrics of "Pumped Up Kicks" by Foster The People.

A transgender woman reportedly breastfed a baby in a first-ever recorded case.

Stormy Daniels intends to have a dress allegedly worn during Donald Trump affair tested for DNA.

Uber driver Gurjeet Singh accused a passenger of pulling a gun on him over his Sikh faith.

Amanda Falkowski calls for gun regulation after hiding with her students during Wednesday's shooting at a Parkland, Florida high shcool.

Delta Removes Passenger For Screaming Over Being Seated By Crying Baby

Delta Air Lines pulled a female passenger from its flight after she screamed about being seated next to a crying baby.

Draw Yourself As A Slave, Texas Student's Homework Says

A Texas student's homework assignment instructed for her to draw a slave.

A lock of George Washington's hair was found inside of an envelope at a New York college's book.