The app is currently available on iOS only.

The bill will be sent to New York Mayor Bill De Blasio for his signature, which is needed for it to be enacted within 30 days.

The company is hiring staff to build "floating, superheavy-class" spaceports.

Apple Is Working On Foldable iPhones With Seamless Displays: Report

The device is expected to have two separate display panels, akin to two iPhone screens.

According to Instagram's CEO, black people are often harassed on the platform.

The gaming console is expected to hit the shelves between October and December 2020.

The Taiwanese chipset maker has stopped making chipsets for Huawei after the Trump administration tightened restrictions on the Chinese tech giant.

The showdown between trained fighter pilots manning jets and AI-enabled drones is expected to take place in July next year.

The Gates-backed Vaccine Alliance has raised $8.8 billion and is working on 7 potential Coronavirus vaccines.

A Tesla Model 3 crashed into an overturned truck in Taiwan allegedly due to the failure of its autopilot.

Google's Coronavirus Screening Website Has Crashed, On Its First Day

The company is yet to provide information on when more people can join for testing.

Many countries, including both authoritarian regimes and democracies, are blatantly violating citizens' privacy in the garb of public health measures.

Home Testing Kits For Coronavirus To Be Available Soon

The kits have been made by the Gates Foundation and will be available in Seattle first.

The nanocoating can be used to coat phone screens and laptop keyboards.

Along with being earthquake-resistant, the new concrete will have a smaller carbon footprint.

Two men were killed in a chase after the police tracked them in the air using the Find My app.

The model may be adopted by other states.

The system uses AI to analyze CT scans and confirm the virus' symptoms. 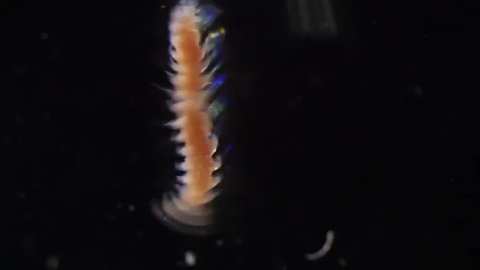 Jihadist fighters holed up with minors in Syria prison

Baby Dies After Testing Positive For COVID-19 Amid Omicron Surge

The child's mother, who was identified only as Mamta, tested negative for COVID-19 when she went into labor.

The ship was sailing along a route historically used by the Yemeni Houthi militants to smuggle weapon.

The Democrats' hopes to pass voting rights died on Wednesday when they failed to change the filibuster by a vote of 52-48 after Sens. Joe Manchin, D- W. Va., and Kyrsten Sinema, D- Ariz., broke...

Draghi In The Mix As Italy Elects New President

Draghi in the mix as Italy elects new president