Why This New Species' Name Seemingly Refers To Humans As 'Unwise'

Airborne Microplastics: People May Be Exposed To Thousands Each Year

The concentrations were higher indoors than outdoors.

Authorities Warn Of 'Sneaker Waves' At Oregon Beaches; What Are They?

Sneaker waves can reportedly "surge further up the beach than expected, overtaking the unaware."

Be it with lightbulbs or streaming online, a few small changes in the everyday life can go a long way in terms of conserving energy.

Various satellites have caught a glimpse of the Mauna Loa eruption in Hawaii.

Wet Or Dry Pet Food? One Of Them Could Be Worse For The Environment

Wet diets have a "significantly greater impact on the environment," the researchers found.

Fire Ants In Hawaii 'Rain Down On People And Sting Them'

If the ants manage to reach the water, there will be pandemonium.

When a stray berg enters the Drake Passage, it is pulled away from the Antarctic and directed towards warmer waters where they end in a watery grave.

The fact that such a large system could be unknown until now just goes to show how much we still need to learn about the continent, lead researcher Dr. Christine Dow from the University of Waterloo said.

Washington Fish and Wildlife is offering a $51,400 reward for people with information on who killed six endangered grey wolves with poison.

DWC Hydroponic System: An Easy Way to Grow a Hydroponic Garden at Home

Hydroponics is showing major leaps in innovation. Learn more about how to grow a hydroponic garden at home here.

The roof of the cave was illuminated in colors of the rainbow.

"Without replenishment, the doomed ice is melting from climate change and will inevitably raise seas," the lead author of the study said. 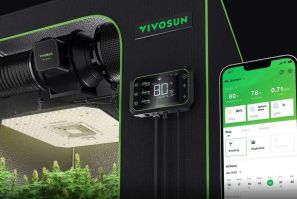 The release of the VIVOSUN Smart Grow System changes the possibilities of indoor growing by magnitudes. Read more about it here. 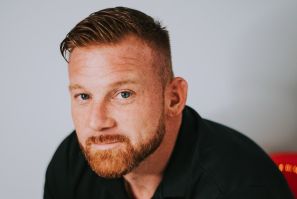 Why Hundreds of Homeowners are Turning to Cutting Edge Tree Experts

Cutting Edge Tree Experts is a professional tree service company based in Florida that offers a range of tree-care-related services. Read more about it here.

Reduce Your Carbon Footprint and Energy Bills With a Solar Home