Chevron Reveals it Leaked 2,400 Barrels of Oil off Brazilian Coast

The company's calculation comes close to official estimates by Brazilian officials on Friday, which placed the leak at 2,600 barrels. Earlier last week the company said 650 barrels of oil leaked from the fissure on the ocean floor.

Brazilian officials late Monday moved to fine Chevron Corp. over an oil leak off the coast of Rio de Janeiro, but there could be more to come.

Chevron Corporation announced it is taking full responsibility for the oil leak that occurred off the coast of Rio de Janeiro two weeks ago.

Stock futures pointed to a sharply lower open for equities on Wall Street on Monday, with futures for the S&P 500, the Dow Jones and the Nasdaq 100 down 1.1 to 1.4 percent.

As much as 300 barrels a day may have leaked from the seeps caused by the company's drilling, says Brazil's environmental protection agency.

Shell Oil Company has set a world record in drilling and completing a subsea well 9,627 feet below sea level at its Perdido Development in the Tobago Field 200 miles southwest of Houston.

The risks U.S. oil giant ExxonMobil took on when signing a deal with Iraq's semi-autonomous Kurdistan region could be coming back to hurt them.

A fire broke out and was quickly extinguished Monday night in a crude distillation unit at Chevron Corp's 245,271 barrel-per-day (bpd) Richmond, California, refinery, according to notices the refinery filed with state and federal pollution regulators.

Chevron Brazil officials say they have successfully plugged the well responsible for causing oil to seep through the ocean floor.

Brazil's oil agency said a link exists between the company's drilling operations and the seep on the ocean floor which has so far released up to 650 barrels of oil into the ocean.

Chevron: Cause of Oil Leak in Brazil Still Under Investigation

Efforts made by Chevron Brazil officials to control an ocean-floor oil leak off the coast of Brazil continue.

U.S. oil giant Chevron halted drilling of a well off the coast of Brazil as it looks into the possible causes of an oil spill in the region.

Is Tiger Woods Dead? That's what people on Twitter or asking since a lot of buzz about his passing began taking over Twitter and Facebook on Friday.

Chevron: Brazil Oil Leak Not Due To Company's Production Activities

U.S. oil and gas major Chevron Corp. said an oil leak off the coast of Brazil near its Frade field does not appear to be caused by the company's production activities in the area.

Asian shares fell Monday and commodities slipped as the dollar spiked to a three-month high against the yen following Japan's intervention, prompting investors to book profits after last week's rally. 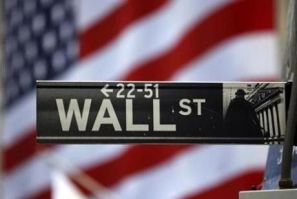 U.S. stocks closed out a fourth week of gains in quiet fashion on Friday, edging higher as the market took a breather after rallying 3 percent on Europe's deal to stem its debt crisis. 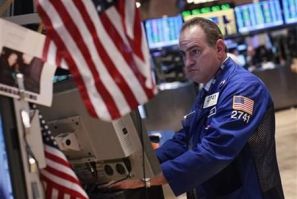 Stock index futures pointed to a weaker open for equities on Friday after strong gains in the previous session, with futures for the S&P 500, the Dow Jones and the Nasdaq 100 down 0.4 to 0.5 percent.