Chevron will have to pay Brazil an additional $5.4 million in fines for its oil leak in November.

You can rage, rage against gas prices, or you can align your interest with oil producers/refiners by considering shares in an oil play. And here are five.

Federal police in Brazil on Wednesday recommended the indictment of several Chevron and Transocean officials involved in an oil spill in early November for environmental crimes and withholding information in an investigation.

Roughly 2,600 gallons of oil have leaked off the Brazilian coast since Sunday. The spill, reported Agence France Presse, threatens an area of the country's coast line that Carlos Minc, Environment Secretary in Rio de Janiero state, called an ecological treasure.

Chevron Corp. officials Friday lauded the announcement made this week that Ecuadorean state-oil company Petroecuador will clean up tracts of the amazon allegedly polluted by Texaco.

At a depth of 12,461 feet, the company found more than 400 feet of natural gas roughly 180 miles offshore of Exmouth near the Carnarvon Basin in the northwest of Western Australia.

Brazil's said it is asking Chevron to halt its activities in the country and pay $10.7 billion in damages following an oil spill in November off the coast of Rio de Janeiro. However, Chevron said it has not received notice of the action.

ConocoPhillips stole the show at Wednesday's Gulf of Mexico Lease sale with the largest bid an oil company has ever made for a single tract of Gulf real estate.

High U.S. gasoline prices making you steam? Well, you can rage against the gas pump, or you can profit from the trend, by considering shares in Chevron (CVX), according to one stock reviewer.

Tiger Woods ended a frustrating victory drought of just over two years when he clinched the Chevron World Challenge which he hosts by one shot Sunday, holing a six-foot birdie putt at the last.

Analysis: Chevron win suggests Tiger is back to his best

While some will argue that Tiger Woods' long-awaited return to the winner's circle on Sunday came in an unofficial 18-man event with the odds stacked in his favor, there is no doubt the former world number one is back to form.

Tiger Woods ended a frustrating victory drought of just over two years when he clinched the Chevron World Challenge which he hosts by one shot Sunday, holing a six-foot birdie putt at the last.

The annual Kennedy Center Gala this year bestowed its recognition on Diamond, actress Meryl Streep, cellist Yo-Yo Ma, singer Barbara Cook and saxophonist Sonny Rollins. It's also a weekend that saw the comeback victory of Tiger Woods, the personally troubled golf great, who finally won a tournament after a two-plus-year drought, the Chevron Challenge and Sherman Oaks, held Sunday in Los Angeles. Why do we hold up athletes as role models so much more often than we do artists?

Brazil's Energy Minister announced Chevron Corp's presence in his country depends on how well the company complies with the country's laws and cleans up the leak it caused last month.

RIO DE JANEIRO, Dec 3At least one Petrobras employee was believed to be on the drilling rig involved in the spill and prosecutors want to determine if Petrobras acted according to the law, Estado said.

Brazil's National Petroleum Agency ordered Chevron Corp to shut down one of its production wells after the country audited the safety of the U.S. company's operations in its offshore Frade field. 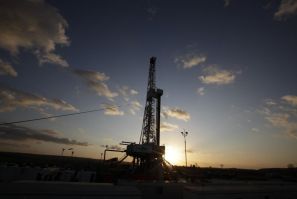 Sasol Ltd. is planning to add a multibillion ethane cracker and ethylene-derivative project to its Lake Charles facility in Louisiana, in part to leverage on the rapid development of shale gas in North America.

Bradley Happy to Emerge from Under Radar after Stellar Year

Since winning his first major title at the PGA Championship in August, Keegan Bradley can no longer prepare for tournaments in virtually anonymous fashion -- but he would not want it any other way. 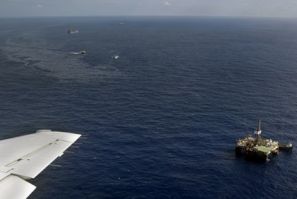 Chevron officials will have to prepare a briefing to the Bureau of Safety and Environmental Enforcement in the coming days following an oil leak earlier this month off the coast of Brazil.

A Brazilian newspaper said the state-controlled oil company leaked 4,200 barrels of oil, well above the 2,400 barrels leaked by Chevron earlier this month. 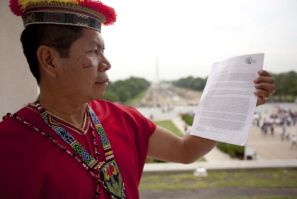 Corrected: Chevron Named One of the Most Toxic Energy Companies of 2011

The public relations campaign at end of year 2010 is proving to be a hard one for U.S. oil giant Chevron Corporation. Faced with an oil leak, the suspension of its drilling rights and severe public backlash all in Brazil, the company has now been labeled the most toxic energy company.
Latest news
Sky Metalwala: Police Find ‘Items of Interest’ in Search for Missing Toddler
Chevron keen for more Brazil oil, despite spill
Chevron still keen to expand in Brazil: executive
Brazil to Probe Oil Contracts between Chevron and Petrobras in Frade Field Following Oil Leak
Brazil Suspends Chevron from Drilling in Brazil Following Oil Leak
EDITOR'S PICK