The U.S. Second Circuit Court of Appeals on Thursday explained why a New York judge did not have the authority to order an injunction last year prohibiting Ecuadorean plaintiffs from collecting on a ruling against Chevron Corp.

A natural gas offshore exploration rig that caught fire off the coast of Nigeria, killed two contractors and sank, is still burning causing flames to rise up from the surface of the water, and Chevron a official expects the fire will not be put out for another month.

Natural-Gas Deal Designed to Boost Generation of Power in Venezuela

As natural-gas prices plunge to their lowest level in a decade, Venezuela plans to tap one of Latin America's biggest gas fields as it seeks to boost power generation and even help revive stagnant oil production.

The Chevron Corp. announced Friday it has filed an appeal with Ecuador's National Court of Justice to review what the company calls an illegitimate ruling made against it this year.

Tiger Woods Upset with Hank Haney for 'The Big Miss'

Tiger Woods thinks former swing coach Hank Haney is unprofessional for writing a book about their time together. Haney's book, The Big Miss, details his six-year tenure as Woods' swing coach before their mutual parting in May 2010.

Chevron Calls Off Search and Rescue

The contractors were part of a group who were drilling an exploratory well off the coast of Nigeria.

Two individuals working on an exploration well off the coast of Nigeria are still unaccounted for following a fire that took place on one of the company's rigs.

The S&P 500 closed at a five-month high for the third day on Thursday but had difficulty extending gains in the face of lackluster economic data and another European bond market test.

U.S. stocks paused on Thursday after a three-day rally, with investors concerned about weaker U.S. economic data and comments from the European Central Bank chief that painted a mixed picture of the region's debt crisis.

Wall Street retreated on Thursday following a three-day rally after weaker U.S. economic data and comments from the European Central Bank chief that painted a mixed view on the region's debt crisis. 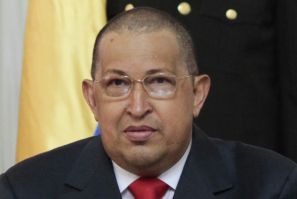 Venezuelan President Hugo Chavez said Sunday that his country would not recognize a ruling by a World Bank tribunal in a multibillion-dollar arbitration case with Exxon Mobil. 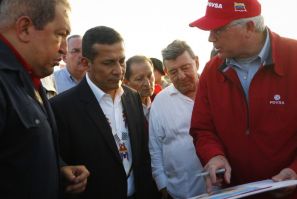 Venezuela's oil minister said on Saturday he does not expect a ruling in World Bank arbitration with the Exxon Mobil Corp. this year, after another tribunal awarded the U.S.-based company $908 million last week. 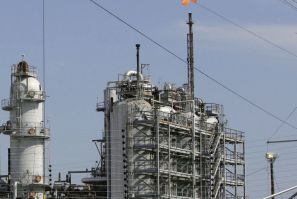 The Exxon Mobil Corp. and the U.S. government struck a deal on Friday that would allow the company to move ahead with development of a field in the Gulf of Mexico estimated to yield tens of billions of dollars of oil. 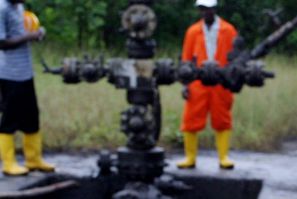 Essentially meaning greater force, the Dutch oil company is attempting to insulate itself from possible liabilities following a pipeline leak, the second in more than three weeks in the country, by declaring it beyond the company's control. 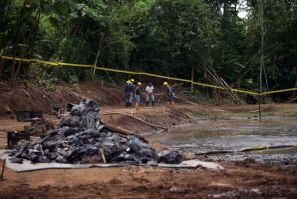 Chevron Corp. Tuesday night lost a judicial appeal against $18 billion in fines the company is being asked to pay by authorities in Ecuador. The company denies the charges and says the court ruling is the product of fraud and corruption.

Exxon to sell most of Japan refining stake: sources