Chevron Corp will unveil on Monday a solar oilfield project that has been hit by cost overruns and delays but serves as a showcase for the technology of Chevron-backed solar thermal company BrightSource Energy.

Stock index futures pointed to a mixed opening for U.S. markets on Monday, with futures for the S&P 500 down 0.2 percent, Dow Jones futures rising 0.1 percent and Nasdaq 100 futures down 0.4 percent at 0804 GMT.

New York appeals court has lifted a ban on the $18bn judgment against the oil giant, Chevron for environment damage in Ecuador.

A U.S. appeals court reversed an order freezing enforcement outside of Ecuador of an $18 billion damages award against Chevron Corp over pollution in the Amazonian rain forest.

Some Missoni for Target Items Available at Target.com

Missoni for Target was a red-hot hit at launch this week, but the Italian designer's special collection for the retailer has left some customers confused while reseller Internet sites like eBay have experienced a boom.

While most Target stores nationwide are sold out of the retailer's red hot Missoni for Target collection items, eBay has exploded with products for resale.

Chevron Corp has made a deepwater discovery in the Gulf of Mexico at the Moccasin prospect, the site of the first exploratory well permit after the end of last year's deepwater moratorium.

Whether Hurricane Katia will have any impact on the United States is still uncertain, but forecasters are keeping a watchful eye on a new tropical threat in the Gulf of Mexico.

Exxon Mobil Corp and Rosneft on Monday announced a deal to extract oil and gas from the Russian Arctic, marking a significant milestone in Russia's patchy history with foreign corporate investors.

Australia-based Allied Gold Mining plc said Wednesday it is not concerned about possible changes to legislation in Papua New Guinea regarding resource extraction.

Venezuela received an enviable honor last month: OPEC said it is sitting on the biggest reserves of crude oil in the world -- even more than Saudi Arabia.

A federal panel sketched out its first vision of a regulatory roadmap for the booming shale natural gas industry on Thursday, urging more transparency on the use of chemicals and more careful treatment of waste water.

Stocks ended the worst week in a year as time runs out on Washington to reach agreement before the government loses its ability to borrow money.

Stocks slid back into the red on Friday after remarks from a prominent Senate Democrat gave investors another reason to back away from stocks heading into a weekend full of uncertainty over default. 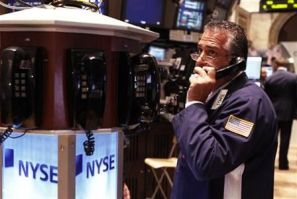 Stock index futures fell on Friday after lawmakers in Washington delayed a vote on a Republican proposal to raise the U.S. government's debt limit. 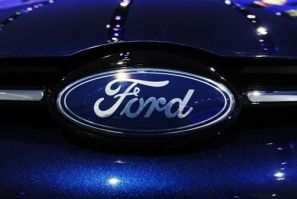 Top 10 Biggest Companies in US (PHOTOS)

Time Inc.'s Fortune magazine released its annual Fortune Global 500 list, which is a ranking of the top 500 corporations worldwide as measured by revenue. Start slideshow to view a gallery of the top 10 biggest companies in the US.

Are We Ready For Another $150 Oil Price Shock?

A recent Barron's article predicted that oil prices could top $150 next year and if this becomes true it could wreak havoc on the global economy with a devastating impact.

Safety experts Friday launched an investigation into an explosion that killed four people and seriously injured a fifth worker at a Chevron Corp oil refinery in southwest Wales.