Gold prices extended losses to a fourth session Thursday but the decline was far less than the previous day's plunge as weaker crude oil prices offset support from dollar weakness.

Wall Street was set to open slightly lower on Wednesday with traders focused on a sliding euro and rising Italian bond yields as market anxiety over Europe persisted.

Freeport McMoRan Copper & Gold Inc. and its Indonesian union signed a pay deal on Wednesday to end a three-month strike that had paralysed output at the world's second-biggest copper mine, a union official and the company said.

Stock index futures fell in light Wednesday trading, pressured by a decline in the euro and by rising Italian bond yields.

The secrets of the hidden inner chamber inside the Great Pyramid of Giza, also called the Pyramid of Khufu, have long since puzzled researchers, for well over a century. However, they may finally be unraveled next year, according to a research team exploring the site.

Asian shares drifted lower and the euro idled near an 11-month low on Wednesday after the Federal Reserve failed to take any new steps to stimulate growth and offset the chilling effects of Europe's still-unresolved sovereign debt crisis.

Striking workers at Freeport Indonesia will return to work on Saturday after agreeing to a pay deal to end a three-month dispute that has paralyzed output at the world's second-biggest copper mine, a union official said on Wednesday.

Papua New Guinea's governor-general decided on Tuesday that the two men claiming to be the resource-rich country's prime minister must negotiate a solution, leaving a tense political deadlock unresolved.

Freeport McMoRan Copper & Gold Inc and its Indonesian workers' union expect to sign a pay deal on Tuesday to end a three-month strike that has crippled production at the world's second-biggest copper mine, two sources told Reuters.

Spain's pre-historic burial chambers have survived invasion, war, a long dictatorship and a property bubble which paved over vast tracts of the country.

African Barrick Gold Plc (ABG) has agreed with the Tanzanian government to raise the royalty rate it pays on gold exports, the country's minerals ministry said on Monday.

Stocks fell on Monday on lingering concerns over a deal for economic integration in Europe and after Intel cut its revenue outlook.

Peruvian PM Steps Down, Amidst Crackdown of Gold Mine Protest

By appointing Valdes, Humala may be seeking to impose a more authoritarian-style government in Peru.

Australia-listed Indophil Resources, which holds a 37.5 percent stake in Southeast Asia's largest undeveloped copper-gold prospect, said on Monday it was considering also listing its shares in the Philippines, where a key shareholder is based.

Zambia's Mining Royalties Could be Cut

Zambia, which said last month its 2012 budget would hike mineral royalties, could cut back those rates if commodity prices collapse next year, the mines minister in Africa's top copper producer said on Friday.

Row over Copper-Gold Mine to be Resolved This Month - Ivanhoe

Ivanhoe Mines Ltd said it expects a ruling on an arbitration dispute with Rio Tinto, its largest shareholder, to be delivered within a couple of weeks.

Orange Wine: What Every Wine Geek’s Talking About 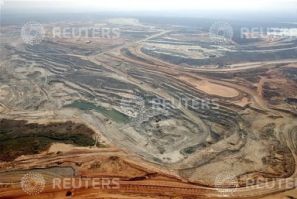 Thin film solar company Miasole is seeking a partner to help support its growth plan, but plans to remain a standalone company for now, its new chief executive said on Monday.

Afghanistan has begun accepting applications to explore and produce gold and copper in four areas, the country's Ministry of Mines said Tuesday.