Popcorn Sutton's Moonshine: Recipes to Make Your Own Hooch

Popcorn Sutton, a famous Appalachian moonshiner, was a surge in popularity after the Discovery TV network aired Moonshiners Wednesday, a show that explored his life that ended in suicide in 2009.

Asian shares and the euro eased Thursday as concerns about the ability of euro zone countries to refinance their huge public debt dampened investor risk appetite ahead of a French bond auction later in the day.

A small telecommunications company wants to bring high speed Internet to San Francisco by installing nearly 200 5-by-4-by-2 foot utility boxes around the city. AT&T wants to do the same thing with its U-verse package.

The Montana Supreme Court rejected an attempt to overturn a state ban on corporate political spending in light of the U.S. Supreme Court's Citizens United decision.

European stocks rose to their highest close in five months on Tuesday after strong manufacturing data from the world's two biggest economies, the United States and China, boosted investor confidence and helped shift attention away from the Eurozone.

Toronto's main stock index closed higher on Friday, the last trading day of the year, as financial and resource shares rallied on signs the U.S. economy was recovering, but the jump was not enough to avert the market's first year-on-year decline since 2008.

Europe's Markets Close Up Friday, But Post Large Declines for 2011

For many years, Allende’s death has been a mystery.

Wall Street stocks resumed their upward move into year-end on Thursday but the S&P 500 continued to churn around its 200-day moving average as jitters over Europe contrasted with better-than-expected U.S. economic data.

Gold prices Thursday tumbled to levels not seen since last summer, slashing what just weeks ago had been a gain of more than 20 percent this year to less than 10 percent.

Gold prices plunged 1.7 percent Thursday on a strengthening dollar, which was rising ahead of a crucial auction of Italian bonds and fresh worries about Eurozone banks.

Pressure built on an Indonesian firm on Wednesday to resolve a local dispute with workers at a Freeport McMoran Copper & Gold Inc. mine that has prompted the union to halt a return to work after a three-month strike.

Precious Metals Drift, Palladium Down Most

Precious metals drifted lower Tuesday, with the biggest decline coming from palladium, which was down in early trading nearly 2 percent.

Fresh signs the giant U.S. economy is gaining momentum drove major world stock markets and the euro higher on Friday, with activity likely to be thin in the last session before the Christmas holiday.

Rising European stocks and a weaker dollar supported gold Thursday, but the yellow metal remained tethered to the previous day's closing price on light volume and a lack of anything that encouraged risk taking.

Gold lost early gains Friday, along with stocks and the euro, as an unexpectedly high number of Eurozone banks queued up for low-interest loans reminded investors of just how widespread Europe's sovereign debt crisis has become.

KGHM, Europe's No.2 copper producer, and Abacus Mining will need to invest $795 million in their joint Canadian copper and gold project Afton-Ajax, according to a feasibility study cited by KGHM on Wednesday.

KGHM, Europe's No. 2 copper miner, raised its 2011 net profit forecast by 16 percent on Wednesday thanks to the stronger dollar and higher silver prices and volumes. 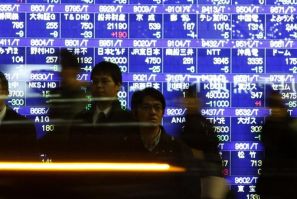 Asian stocks and the euro rose on Wednesday after upbeat U.S. and German data and strong demand for Spanish debt tempered risk-aversion, with investors' focus turning to a European Central Bank tender as a gauge for euro zone funding strains.

Asian stocks and the euro rose on Wednesday after upbeat U.S. and German data and strong demand for Spanish debt tempered risk-aversion, with investors' focus turning to a European Central Bank tender as a gauge for euro zone funding strains. 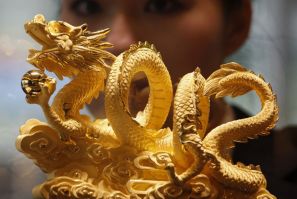 Gold prices rose Tuesday with other commodities and global equities on unexpected signs the U.S. housing market is turning around and continued improvement in the Eurozone. 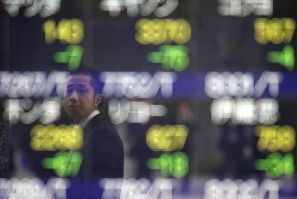 Asia Stocks and Euro Edge up After Selloff

Asian stocks and the euro edged up on Tuesday, but sentiment remained fragile on concerns that efforts to contain the euro zone debt crisis were faltering and tougher rules to strengthen banks' capital would further undermine their profits.

Striking workers at Freeport McMoRan Copper & Gold Inc's giant Indonesian mine delayed on Saturday until next week a plan to go back to work after a three-month strike because of technical issues, a union spokesman said.

Peru's Pres. Slips in Polls after Mine Protests