Asian shares rose to a two-month high and the euro firmed Thursday after news that the International Monetary Fund was seeking to boost its resources to tackle the euro zone debt crisis helped ease worries about Europe's funding difficulties.

Global miner Rio Tinto is clear to take over Mongolia's coveted Oyu Tolgoi project, which promises to be one of the world's largest copper-gold mines, after project owner Ivanhoe Mines decided to scrap a controversial poison pill.

Miner Rio Tinto, which owns a 49 percent stake in Ivanhoe Mines, welcomed a decision by the owner of the massive Oyu Tolgoi copper mine to scrap a poison pill provision, and said it was now free to raise its holding.

Hong Kong shares held firm on Wednesday supported by short-covering and gains by insurers, even as markets in Shanghai gave up some of the previous session's strong gains as investors turned cautious ahead of the week-long Lunar New Year holiday.

Mercator Minerals Ltd said it has obtained permits to start mining at its wholly owned El Pilar Project in Mexico.

European shares and the euro gradually recovered on Monday from early losses triggered by the mass downgrade of euro zone sovereign ratings last week, but they still looked vulnerable amid rising fears of a disorderly Greek debt default.

Mining and exploration company Straits Resources and its partner Argonaut have lost a court appeal to explore an area in South Australia that they believe holds huge copper and gold resources, the companies said on Monday.

Euro zone bank shares fell but stocks seen as resilient to an economic slowdown gained on Monday in the wake of Standard and Poor's mass downgrade of euro zone sovereign ratings, while the euro hovered near 17-month lows against the dollar.

Eurozone bank shares fell but stocks seen as resilient to an economic slowdown gained on Monday in the wake of Standard and Poor's mass downgrade of Eurozone sovereign ratings, while the euro hovered near 17-month lows against the dollar.

Xstrata Miffed at Manilla's 'No' to Giant Copper-Gold Mine

Global miner Xstrata Plc's Philippine unit said on Friday it was extremely disappointed with a government decision not to clear for now its planned $5.9 billion copper-gold Tampakan project, potentially the biggest in Southeast Asia.

Gold prices struggled to hold recent gains Friday as a successful Italian bond auction buoyed optimism about the direction of the Eurozone's economy.

South African miner Gold Fields has signed an agreement with Kyrgyz villagers that will enable it to resume drilling at a prospective copper deposit three months after an arson attack by horsemen on its geologist camp.

Gold prices, which already this week broke above a key resistance level, barreled on Thursday toward a one-month high.

Prime Minister Stephen Harper plans to visit China next month as his government looks to open new markets for oil sands crude in the wake of Washington's decision to delay approval of a major pipeline from Alberta to Texas.

At least two serious potential bidders have emerged so far for the London Metal Exchange (LME) from 15 suitors who expressed interest in the world's biggest metals marketplace, a source with knowledge of the matter said on Wednesday.

Output Returning to Normal at World's Biggest Gold Mine

Freeport McMoRan Gold & Copper Inc's Indonesia's unit said on Wednesday it continued to ramp up production at its Grasberg mine where workers on Tuesday halted a gradual return at the end of a three-month strike. 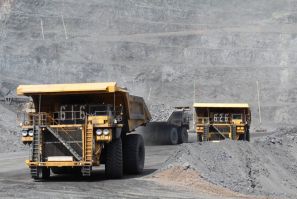 Strong demand from China and India as well as short covering Wednesday extended a gold price rally that has lifted the yellow metal six percent since the end of last month.

Stocks climbed to a five-month high on Tuesday, led by materials stocks after an upbeat forecast by aluminum company Alcoa and strong gains in bank shares. 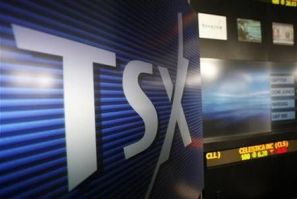 Canadian stocks touched their highest level in two months on Tuesday as mining and energy issues rose on healthy import data out of China, which boosted investor optimism for the global economy. 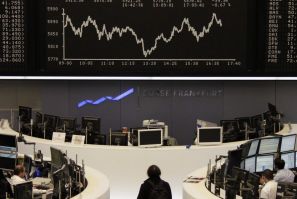 European shares hit a one-week closing high on Tuesday after encouraging comments from some leading U.S. companies and hopes for more policy easing in China gave cyclical stocks a boost, with autos and miners among the top sectoral gainers. 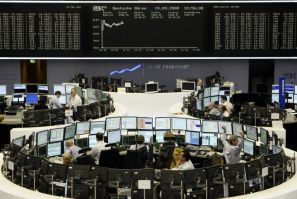 European shares rose on Tuesday, with miners gaining after aluminum producer Alcoa got the U.S. reporting season off to a positive start, with its top line indicating strong demand for commodities. 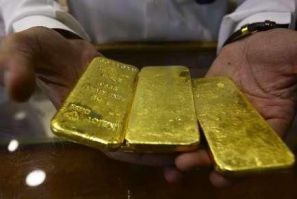