Skywatchers may not want to miss out on the Taurids this year.

In the photos, the Moon looks like it is playing hide and seek with the ISS' solar panels.

The weekend's full moon will also be a supermoon and will coincide with a total lunar eclipse.

Meteor Shower, Eclipse: Sky Events To Watch Out For In April

2022 Sky Events To Look Forward To

2022 has more than a few treats for skywatchers.

Meteor Showers, Eclipse: November Sky Events To Watch Out For

There will be a supermoon new moon and a micro full moon.

NASA Earth Observatory also shared a timelapse of the event as captured from space.

On Dec. 21, Jupiter and Saturn will have the closest conjunction since 1623.

Through the sunlight that bounced off the Moon during an eclipse, scientists used the Hubble Space Telescope to observe Earth's biosignature. The method could be used to search for potentially habitable exoplanets.

In places such as New York, the eclipse will cross from Saturday evening to early Sunday.

This weekend's Buck Moon will come with a penumbral lunar eclipse.

How To Watch The 'Ring Of Fire' Solar Eclipse

Starting in Africa, the path of the eclipse will move toward China before ending in the Pacific Ocean.

Solstice ‘Ring Of Fire’ Eclipse: 2020's June Solstice Is One Of A Kind

This rare solstice annular solar eclipse will only happen twice this century, with the next one set to occur on June 21, 2039.

Anna Kendrick has revealed that filming the first movie in the “Twilight” series felt really miserable because of the extreme weather conditions.

The Strawberry Moon will appear full for about three days.

A great solar eclipse that will affect North America and surrounding regions is expected to happen in a couple of years. 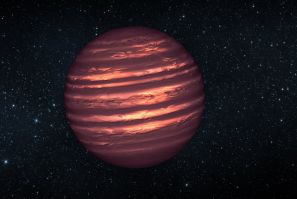 A team of astronomers made an accidental discovery while they were searching for potentially habitable alien planets. While observing the universe, they came across a system of brown dwarfs that were eclipsing one another. 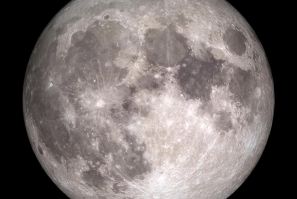 This month’s full moon, known as the Wolf Moon, will take place on Friday. It will coincide with the first lunar eclipse of the year. 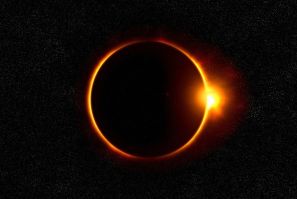 Ready for more eclipses? 2020 has six eclipses in store for sky watchers. 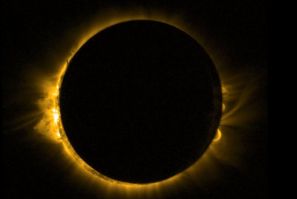 Final Solar Eclipse Of The Year Happening After Christmas

The third and final solar eclipse of the year is expected to take place after Christmas.

These Are The Stunning Cosmic Events Happening This Month

It seems December will turn out to be the best month for stargazers this year due to the number of cosmic events that are set to happen within the next couple of days and weeks. 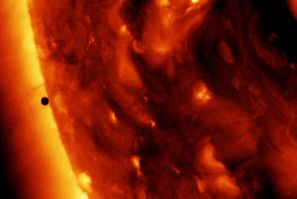 NASA announced that a very rare cosmic event is about to occur tomorrow. As noted by the space agency, Mercury will pass directly between the Sun and Earth. 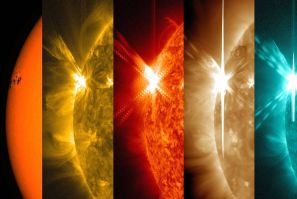 A UFO expert claimed to have spotted a massive alien vessel blocking out the Sun and causing an eclipse. The expert said the event was captured by one of NASA’s Sun satellites.
Latest news
Total Solar Eclipse 2019: Here's How To Watch It Online
South America To Witness Total Solar Eclipse
A Total Solar Eclipse Is Set To Happen In July
Mars Solar Eclipses Caught On Camera By NASA's Curiosity
See Stunning Images Of Rare 'Super Blood Moon'
EDITOR'S PICK