The Quadrantid meteor shower is known for producing bright fireballs.

Eclipses, Meteor Showers: Sky Events To Look Forward To In 2023

There will be meteor showers and quite a few eclipses, including a rare "hybrid" eclipse.

Something about the Ursids keeps Northern Hemisphere skywatchers waiting for it.

Geminids: When To Watch One Of This Year's 'Best' Meteor Showers

Geminids are one of the "best and most reliable" annual meteor showers, according to NASA.

Huge Meteor Lights Up Night Sky Across US, Canada

The object spotted from North America, designated as 2022 WJ1, crashed in Canada, according to reports.

Leonids Shower To Peak Thursday Night: Here's Everything You Need To Know

The peak of the Leonids will be happening on an evening when the moon won't be as bright, at just 36% full.

It could take several weeks for authorities to determine the cause of the fire, according to reports.

Skywatchers may not want to miss out on the Taurids this year.

A photographer in Nova Scotia captured the moment the meteor entered the atmosphere and then exploded.

When, Where To Watch Perseid Meteor Shower 2022 In New York

Perseid Meteor Shower 2022 In Los Angeles: When And Where To Watch

Skygazers would normally see 50 or 60 meteors per hour during the Perseid shower, but this month's supermoon could reduce that number to between 10 and 20.

Skywatching: August Sky Events To Watch Out For

The much-awaited Perseids meteor shower is set to peak this month.

2 Meteor Showers Are Peaking This Week: How And Where To Watch Them

Eclipse, Meteor Shower: May Sky Events To Look Forward To

There's even a chance to spot a comet before it leaves the solar system "forever."

The Lyrids are peaking on the evening of April 21 to 22.

Meteor Shower, Eclipse: Sky Events To Watch Out For In April

The Quadrantids will peak on the evening of Jan. 2 to 3. 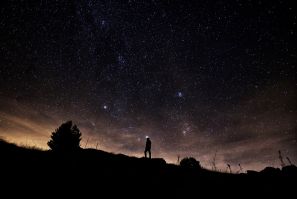 2022 Sky Events To Look Forward To

2022 has more than a few treats for skywatchers. 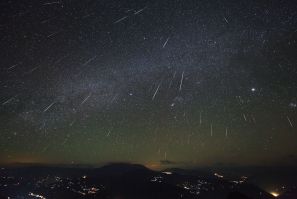 Skywatching: Solar Eclipse, Comet To Grace The Skies This December

Comet Leonard is set to be the "brightest comet of the year," NASA said. 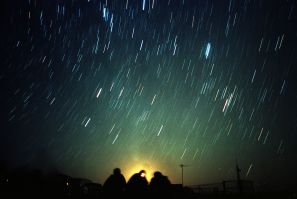 North America will be an excellent spot to view the eclipse. Meteor Showers, Eclipse: November Sky Events To Watch Out For

There will be a supermoon new moon and a micro full moon. 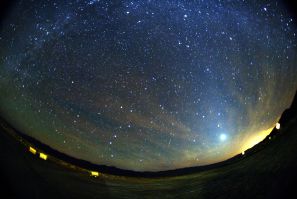 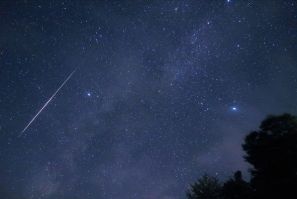 The rare event was captured by the camera attached to the Subaru Telescope dome in Hawaii. 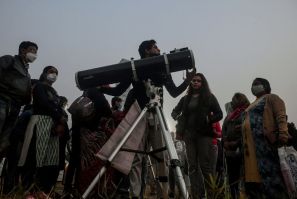