U.S. figure skater Vincent Zhou was not allowed to attend the Winter Olympics closing ceremony in Beijing amid COVID-19 concerns.

This Country Pays Its Olympic Gold Medalists $600,000 For Winning

How Many People Watched The 2022 Beijing Games Opening?

The Winter Olympics in Beijing made TV ratings history following the opening ceremony.

Less Than A Week To Go Before Winter Olympics, Beijing Gets Hit With Omicron

Beijing, China has recorded cases of the COVID-19 Omicron variant, the highest numbers in the country since June 2020.

Taiwan Is A 'Tinderbox' That Will Lead US, China To War

China’s ambassador to the United States issued an unusually blunt warning that any attempt by Taiwan to achieve independence will lead to war between the two superpowers.

Beijing Will Test The Entire City For COVID Ahead Of Olympics

The head of the International Monetary Fund (IMF) warned on Friday that China's zero tolerance strategy for dealing with COVID-19 may be hurting its own economy and ones worldwide.

The Biden administration announced the U.S. will boycott the 2022 Winter Olympics in Beijing over human rights abuses victimizing Uyghur Muslims. All US athletes are expected to attend the games.

Big Events Will Delay The Oscars

Competition from other major broadcasts and events have forced a delay in future Oscars telecasts. Get the full details after the jump.

Meet Mariah Bell, the U.S. figure skater who is accused of injuring her Korean competitor at the SU World Figure Skating Championships in Japan.

China will play host to the Winter Olympics in 2022, which will feature new events and old venues.

Olympic skier Gus Kenworthy questioned why the first daughter was at the Winter Olympics' closing ceremony.

Some of the biggest names in figure skating including Yevgenia Medvedeva, Bradie Tennell and Mirai Nagasu set to compete.

Figure skater Adam Rippon explained why he ultimately decided not to join NBC as a correspondent at the 2018 Winter Olympics.

American skier Ted Ligety is an underdog in trying to win another gold medal at the Olympics.

Australian snowboarder Markus Schairer suffered a severe neck injury in an accident during the 2018 Winter Olympics. 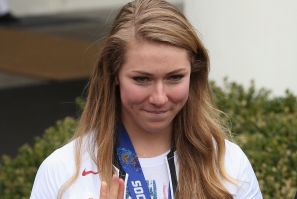 Alpine skier Mikaela Shiffrin will compete in her first event in the 2018 Winter Games if the wind doesn't interfere again. 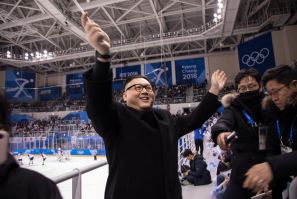 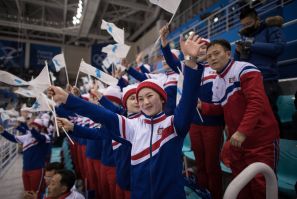 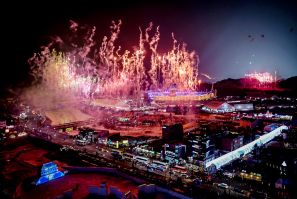 Hackers attacked the Winter Olympics before the opening ceremony. 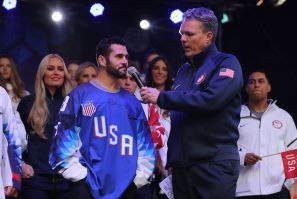 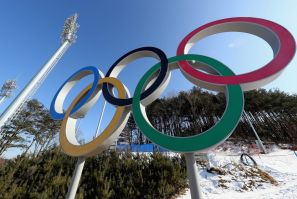 Back By Popular Demand: The Oiled Up Olympic Flag-Bearer From Tonga

The flag bearer from Tonga is back - this time to compete in cross-country skiing.

Who’s Performing During Winter Olympics 2018 Opening Ceremony, How To Watch