A UFO expert claimed to have spotted objects on Mars that look like the "moai" of Easter Island in an image taken by NASA’s Curiosity rover in March 2015.

With just about a week before the launch window opens and its long journey to Mars begins, NASA's Perseverance rover has passed its Flight Readiness Review.

An asteroid bigger than the Statue of Liberty is expected to fly past Earth tomorrow.

This App Shows Where Comet NEOWISE Will Appear In The Sky

NASA Astronauts Install 'Robot Hotel' And Its Occupants Outside ISS

The 'robot hotel' frees up space inside the ISS and keeps its robot occupants protected outside the space station.

NASA and the ESA's Hubble Space Telescope captured a new photo of the spiral galaxy NGC 4848.

Researchers believe that a major asteroid shower on the Moon and Earth around 800 million years ago led to ice ages on the planet.

According to the data collected by NASA, four different asteroids will fly past Earth throughout the week.

A UFO expert claimed that NASA photographed an alleged bioengineered alien base on the Moon.

An object that looks like a tardigrade appeared on the surface of the Sun in the photos taken by NASA and the ESA's Solar Orbiter.

As comet NEOWISE moves closer to the planet, it appeared over SpaceX's Falcon 9 rocket before it launched into space.

NASA has detected an asteroid that will cross Earth's orbit on Tuesday. The asteroid will safely fly past the planet from a distance of about 0.00522 astronomical units or about 485,000 miles away.

A photographer snapped a photo of the visible comet NEOWISE as it streaked over the Stonehenge monument in England.

The stunning images came from a testing of the Solar Orbiter's cameras by the NASA and the European Space Agency.

NASA has detected two asteroids that will fly past Earth on Sunday.

NASA Offers Tips On How To See Visible Comet NEOWISE

NASA provided tips on how to see comet NEOWISE in the sky as it moves closer to Earth. 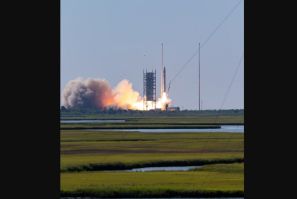 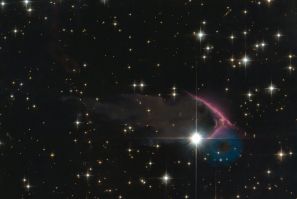 NASA and the ESA's Hubble Space Telescope was able to take a photo of a new type of stellar nursery. 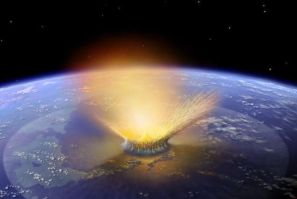 The European Space Agency's Risk List added a new asteroid that could collide with Earth in the future. 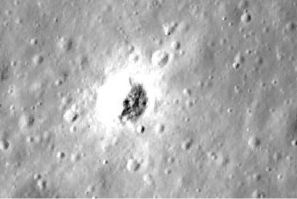 A UFO expert claimed to have spotted a massive alien base on the surface of the Moon while examining an image from NASA. 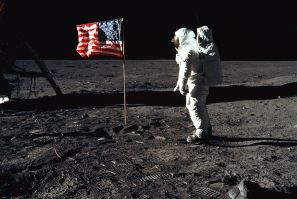 Astronauts Neil Armstrong and Edwin “Buzz” Aldrin had to complete a secondary task during the Apollo 11 mission that played a vital role in the success of NASA’s future space missions. 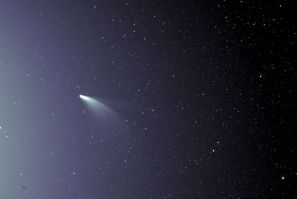 NASA announced that it would host a public broadcast and live teleconference event to highlight the various features of the passing comet known as NEOWISE. 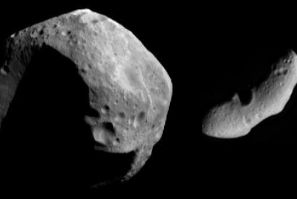 NASA Tracker: 4 Asteroids To Fly By Earth This Week