Pope Francis: An 'Elegant Demon' In Those With Holier-Than-Thou Attitudes

Pope Francis said Thursday in his Christmas address that the Catholic Church should be vigilant for "elegant demons" in people who have holier-than-thou attitudes and "the evil that quietly lurks among us."

A survey from the Pew Research Center found that highly religious Americans are less likely to consider climate change a real problem.

Nearly Half Of Americans Believe The U.S. Should Be A 'Christian Nation'

A Pew Research Study found that four-in-ten adults in the U.S. say that country should be a "Christian nation."

Shania Twain claimed that "there was no room for debate" when she and Oprah Winfrey talked about religion.

Guess What? Religious Beliefs And Sexual Satisfaction May Be Linked

Apparently, having many, or no lifetime sexual partners is connected to lower sexual satisfaction in women.

Why Justin Bieber Had ‘Emotional Breakdown’ After Hailey Baldwin Wedding

Justin Bieber opened up about his spiritual journey and his struggle after realizing that his marriage to wife Hailey Baldwin wouldn't instantly solve his personal issues.

Mark Wahlberg Explains Why He Doesn't 'Force' Religion On His Kids

"I don’t want to force them to do it, because I think they may resent it and push back," Wahlberg said.

Convicted Kidnapper-Murderer To Be Executed In Alabama Next Month

The Alabama Supreme Court has reportedly set an Oct. 21 execution date for Willie B. Smith III after his initial February lethal injection was postponed to allow the inmate's request to have his personal pastor with him in the death chamber.

A 33-year-old New York woman was arrested after she allegedly stabbed her mother five times when the latter refused to recite a prayer from the Afro-Cuban Santeria religion.

Generational changes have shifted the religious landscape in America and the once supermajority Christian population has seen that shift first hand.

Devotees Flock To Philippine Church For Miracle From Catholic Icon

Devotees flock to Philippine church for miracle from Catholic icon

The BJP's Next Mission: Eradicating 'Love Jihad' In India

The BJP's next mission: eradicating 'love jihad' in India

The eight-day holiday is marked by the lighting of candelabras, called hanukkiahs.

The eight-day holiday celebrates the rededication of the second temple in Jerusalem.

Jihadism In Spain: A Silent But Real Threat

Jihadism in Spain: a silent but real threat 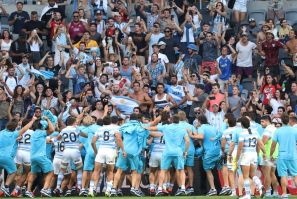 Argentina Revel In All Blacks Shock After Emotional Virus-hit Journey

Argentina revel in All Blacks shock after emotional virus-hit journey 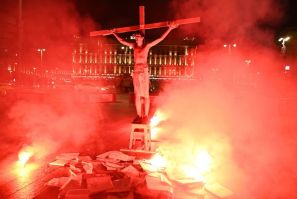 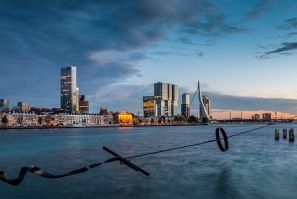 Dutch Teacher In Hiding After Getting Threats Over ‘Blasphemy’ 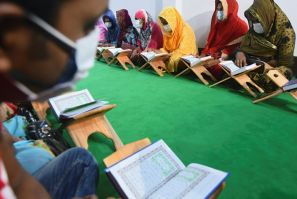 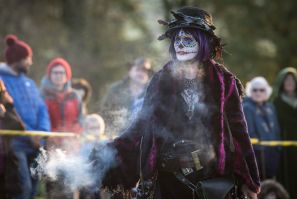 Over 2,000 years ago, Samhain was a three-day celebration when the curtain between the physical world and the spirit world dropped. 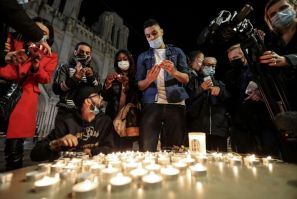 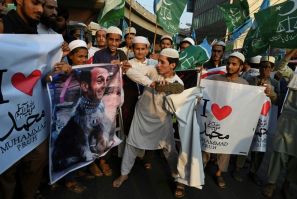