A Boeing Co 787 Dreamliner aircraft with no passengers on board caught fire at Boston's Logan International Airport when a battery in its auxiliary electric system exploded, officials said.

America's "legacy" carriers have the rudest employees in the industry, according to a recent survey from Airfarewatchdog.com.

A lawsuit claiming United Airlines was responsible for the collapse of 7 World Trade Center, which fell after the jet collided with the north tower on 9/11, was rejected by a New York federal judge Wednesday.

Winter storm Athena has cancelled nearly 600 more flights Thursday after forcing as many as 1,700 cancellations into and out of the Northeast Wednesday.

If you show up at the boarding gate for a Spirit Airlines flight with a carry-on bag, you can now expect to pay $100 to put it in the overhead bin.

What To Expect On United Airline's New Boeing 787 Dreamliner

On Sunday, United Airlines became the first North American carrier to fly the Boeing 787 Dreamliner on a commercial route.

How Much Is A Combination Of US Airways And American Airlines Worth?

American Airlines could go from being bankrupt to being part of the world's largest airline if a merger with US Airways, the fifth-largest domestic airline, goes through.

AMR, US Airways Say They Are Evaluating A Potential Merger

American Airlines parent AMR Corp (AAMRQ.PK) and US Airways Group Inc (LCC.N) have signed a non-disclosure agreement as they evaluate a potential merger that would create an airline that rivals leader United Continental Holdings Inc (UAL.N) in scope.

Tropical Storm Isaac, the ninth named storm of the 2012 Atlantic hurricane season, sped past the Leeward Islands Thursday on a path across the Caribbean toward the Florida coast.

Tropical Storm Isaac, the ninth named storm of the 2012 Atlantic hurricane season, sped toward the Leeward Islands Wednesday afternoon on an ominous path across the Caribbean.

By the time the clock hit midnight Sunday, three United Airlines flights had made emergency landings over the weekend, stranding passengers and leaving others wondering whether the airline, which recently merged with Continental, was in the midst of a rocky marriage.

Another United Flight Forced to Return To Newark

A second United flight departing Newark in as many days has had to make an emergency landing Sunday morning.

A bird collided with a plane Tuesday as the United Airlines jet flew in for a landing at Denver International Airport in an incident that caused no injuries but left a gaping hole in the plane's nose.

On Tuesday, NBC announced that Jonathan Rhys-Meyers will star as the title character in the network's upcoming series "Dracula."

Fly first class to Hong Kong for just four frequent flier miles and $33 in taxes. That’s the deal several United Airlines customers found online Sunday, but if it sounds too good to be true, it may just be.

United customers staged a rebellion in a Shanghai airport after their flight was cancelled again and again. After being scheduled to leave China on Wednesday, customers finally landed in Newark, New Jersey on Saturday morning. Passengers pulled a customer service representative across the counter by his tie.

United Orders Boeing Jets For $14.7B To Save On Fuel

United Continental Holdings Inc. (UAL) is joining hands with Boeing Co. (BA) to save on its fuel costs by replacing outdated and obsolete planes.

The order war with Airbus heats up as the Farnborough salon heats up, and so far it's Boeing by a landslide with $15 billion worth of orders in one day, all for its new medium-range jet 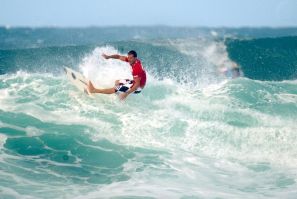 On Monday, Hawaiian Airlines will fly into its first major market on the East Coast, New York City, expanding its reach across the United States. 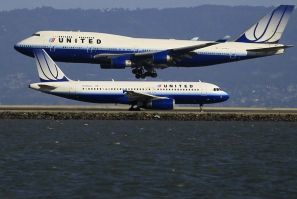 United Continental May Buy 200 Jets From Boeing For $17 Billion

The world's largest airline is looking to expand its fleet of narrow-body jets, and has dropped European planemaker Airbus from pre-order talks. 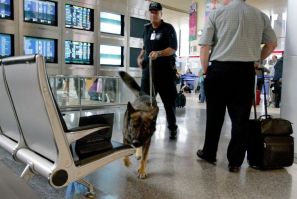 Four TSA employees at Boston Logan International Airport were hospitalized after evacuating the baggage room at Terminal A due to a noxious odor. The odor turned out to be camphor, a natural rodent repellant.

Watson Pharmaceuticals, one of the leading global pharmaceutical companies, has offered their support to the 2012 March for Babies event and the prematurity campaign program of the March of Dimes, a leading nonprofit organization for pregnancy and baby health. 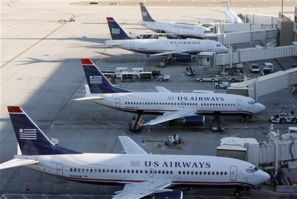 US Airways Buys Domain Names, Hinting At Merger With American