The Ideological Evolution Of Mitt Romney And Al Gore

Ann Coulter's "retard" comment about Obama is criticized in an open letter by a Special Olympics athlete.

The Logistics Of A Nobel Peace Prize For The EU

How can an organization of 27 nations win the Nobel Peace Prize? As it turns out, the European Union isn't such an odd choice.

Romney Says He Was 'Completely Wrong'

The Twitterverse was having fun with Gore’s unconventional theory.

Several websites are rolling out drinking games for the 2012 presidential debates between Barack Obama and Mitt Romney.

This Day For Democrats: Al Gore Is Coming To Your TV

President Obama will speak in Virginia, while First Lady Michelle Obama is traveling back to Chicago.

For the moment, let’s set aside the friction in U.S.-Israeli relations over Iran’s nuclear program, which serves neither Washington nor Jerusalem.

A Decade Too Late, Al Gore Calls For End To US Electoral College

In one of the less surprising developments of the week, it turns out Al Gore is not a big fan of the U.S. electoral college.

After its expansion to as many as 1,091 screens, the controversial "2016: Obama's America" has stunned Hollywood this weekend by taking in an estimated $6.3 million - the highest per-screen average of any major release.

Whatever Became Of Accents?

Regional accents are vanishing across the U.S. and English-speaking world.

Jack, Ina, And The Lessons Of History

He and Ina have a story that's both charming and important. It speaks to the power of love, to the human instinct to survive in the midst of horror, to the role of fate in determining who lives and who dies.

In a presidential campaign marked by an unprecedented level of negativity, journalists have not been immune -- and they've turned their acrimony equally on President Obama and Mitt Romney.

A new super PAC called FightBigotry.com will "connect the dots to explain the one political vulnerability of President Obama that no one else has the stomach to bring up."

Freedom and democracy don’t come easily to a land that’s known precious little of it over time.

U.S. Opportunities In Libya And Egypt

Events in Libya and Egypt highlight the potential benefits of United States human rights promotion -- both for the U.S. and for people across the world -- as well as the downsides of America's failure to pursue that task.

Francois Hollande, was mocked by his own French media for looking like a ?dwarf? while standing amongst Her Majesty?s Coldstream Guards regiment during his first official visit to London. 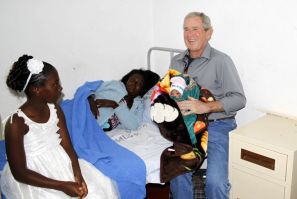 Former U.S. President George W. Bush turns 66 today and though he has remained out of the public's eye his work with HIV/AIDS in Africa continues. 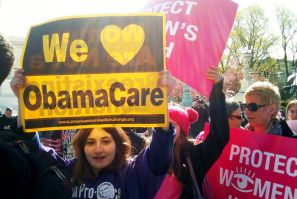 In a 5-4 decision that shocked the country, the U.S. Supreme sided with the Obama administration and upheld the individual mandate provision of the 2010 Affordable Care Act. The decision's impact will be felt across the country, from small business owners to those without health insurance. It marks the latest landmark Supreme Court ruling that affects our daily lives.

Peace Through Tennis: An Alluring Idea

All is not lost, however, for peace between Israelis and Arabs need not come just from the top down -- not just when leaders across this turbulent region cast aside their weapons and sign treaties. 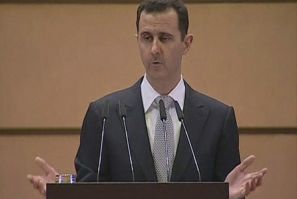 We Will Be Haunted By Syria

?Life,? the philosopher Soren Kierkegaard said, ?must be lived forward, but can only be understood backwards.? 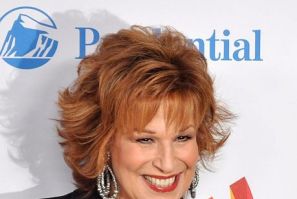 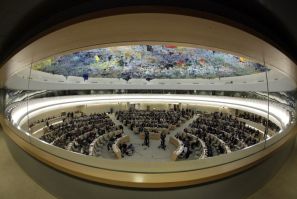 The question is whether, in light of growing human rights problems from China and Russia to the Middle East and North Africa, the United States is doing enough to factor human rights into its foreign policy. 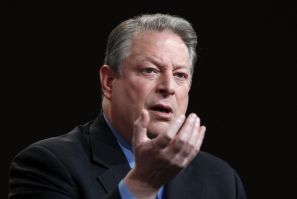 Time to update his Facebook relationship status; Al Gore has a new girlfriend. Former vice president Gore, 64, is dating serious girlfriend Elizabeth Keadle. Gore separated from his wife Tipper in 2010 after over 40 years of marriage and four children. The announcement of a new girlfriend comes just two years after their split with no reports about a coming divorce.
Latest news
Did Obama Outshine Jimmy Kimmel at the White House Correspondents Dinner 2012? Best Moments
Apple Shares Ease On Tax Story, Microsoft-Nook Deal
5 Reasons Obama Could Lose The 2012 Election
The Gamification Of Almost Everything: Education, Exercise, Discounts And Cow Clickers In Virtual Reality
Jose Canseco Twitter Is No More?
EDITOR'S PICK