The two third-party candidates received significantly more votes than they did during the 2012 presidential race.

Will The Paris Agreement Survive A Trump Presidency?

During the ongoing climate talks in Morocco, the U.S. special envoy on climate change expressed confidence in the climate deal, calling it “durable.”

The Democratic loser could blow out the popular vote by almost two million votes over President-elect Donald Trump.

Hillary Clinton Won The Popular Vote But Won't Be President

Presidential elections in the United States are decided by the Electoral College, not voters.

During his election campaign, President-elect Donald Trump said he would pull the U.S. out of the Paris Climate Agreement and called climate change a hoax perpetrated by the Chinese.

Is It Time To End The Electoral College?

Trump is the second president-elect in 16 years to lose the popular vote. His election could intensify a state push to circumvent the Electoral College.

Democrat Hillary Clinton, despite conceding and losing the electoral college, can still secure the popular vote.

Florida is one of the key battleground states in each modern American election, but whether third-party candidates had anything to do with Trump's win in the state is another story.

Breaking Down The 270 Electoral Votes

Four U.S. Presidents have won the election because they gained more electoral votes, despite losing the popular vote.

A History Of Influential Third-Party Candidates

A vote for Gary Johnson in the presidential election could yet match the impact of past notable third-party candidates.

With the polls tightening, it could yet be a late night for those waiting to find out who will be the next president.

Leonardo DiCaprio's "Before the Flood" documentary can be watched free online until Nov. 6.

The Closest Battles For The White House

The battle between Hillary Clinton and Donald Trump has some way to go to match the closeness of these presidential elections.

Reflecting On The 2000 Election

Gore is campaigning for Clinton in Florida Tuesday. One time long ago he may or may not have said he invented the internet. 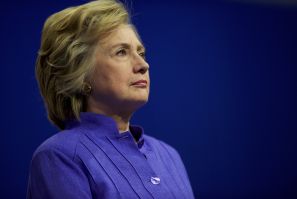 The History Of The October Surprise

It's anyone's guess what's going to happen this year. 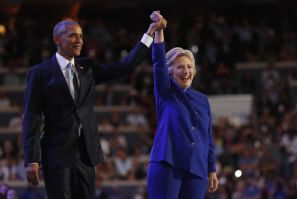 President Barack Obama is enjoying the highest approval rating of his second term, which is linked to support for nominee Hillary Clinton. 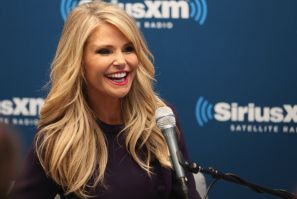 Christie Brinkley has dismissed rumors claiming that she and her boyfriend John Mellencamp broke up due to their conflicting political viewpoints. 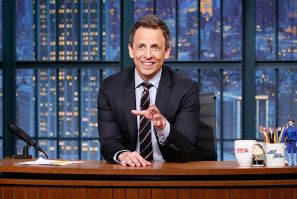 Seth Meyers reminded viewers that in 2008 there were large groups of Hillary Clinton supporters vowing not to vote for Barack Obama. 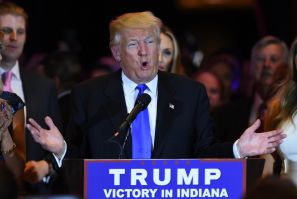 The Republican wants as many chances as he can get to take on the Democratic nominee for president. 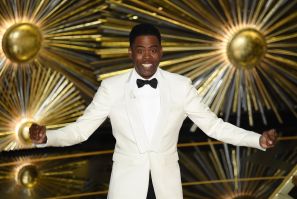 Chris Rock was a highlight of an Academy Awards ceremony that veered deeply into race. But historical films ruled at the diversity-focused Oscars. 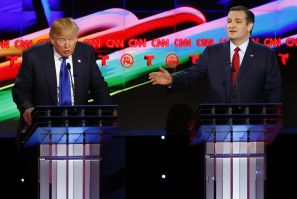