Underlying Tuesday's results is the question of whether the Iowa caucuses are in fact reliable indicators of who will emerge as the eventual nominee. A look back at the last few Iowa caucuses shows that while an Iowa victory can rally support for a candidate or help shape the media narrative, it is by no means definitive.

What Will Apple Do With $81 Billion Cash Stockpile?

Apple Inc. has more than $81 billion of cash on its books with about one-third held in the U.S. This is because of its continuing success of products like iPhone, iPad, iPod and Mac. So what will Apple do with all the cash hoard?

From Romney to Ron Paul: Everything You Need to Know About the GOP Presidential Candidates

The International Business Times has compiled comprehensive profiles of the top seven Republican presidential candidates, with complete rundowns of their political positions, from Rick Santorum on abortion to Newt Gingrich on taxes. These profiles will be updated as the primary campaign continues.

Hollywood movie producers are honoring Angelina Jolie's Bosnia war film In the Land of Blood and Honey with a special award for its portrayal of social issues.

Five Factors That Could Cost Obama the 2012 Election

President Barack Obama needs several factors to break his way to improve his chance for re-election in 2012 -- the most important of which is U.S. job growth.

Elian González, the center of a heated custody controversy between the U.S. and Cuban government in 2000, turned 18 Tuesday, according to reports. Here's a look at him over the years.

The recent rise of Gingrich in the polls for the former speaker of the House of Representatives is drawing increased attention to the fact that his own views -- on issues including healthcare, the environment and medical marijuana -- haven't always been in line with those of most conservative Republicans. The inconsistencies have raised questions about Gingrich's true beliefs, as well as his staying power as the conservative of the moment in the Republican campaign. They also have given h...

The Nest - the so-called 'iPod of thermostats' - barely touched down on the marketplace before selling out; the smart thermostat is so popular that you won't be able to get your hands on one until early 2012.

Do Short Men Rule The World?

To augment his stature, Sarkozy has stood on boxes, foot-stools, even on his tippy-toes and reportedly even demanded to be photographed only among other short (or shorter) people

Sarkozy, Berlusconi and Medvedev: The Long and the Short of it

The Nest Thermostat: Why Steve Jobs Would Be Proud

Former Apple executive Tony Fadell, who oversaw 18 versions of the iPod and the first three versions of the iPhone, has unveiled his latest invention. The Learning Thermostat uses a simple design to save consumers money on their heating bills.

Here, watch the full video from Apple's Celebrating Steve, a Oct. 19 private memorial service for Steve Jobs. Jobs, who died at 56 from pancreatic cancer. Jobs was honored by Al Gore, Tim Cook and Bill Gates, and musicians Joan Baez, Bono and Coldplay. The video also shares personal reminiscences of the Apple CEO, and the reactions of those who gathered to bid the Apple co-founder one final good-bye.

Apple has posted footage of a memorial for late executive Steve Jobs on its Web site.

Sixty-two percent of Americans -- including a majority of Democrats and Republicans -- said they would support a constitutional amendment to replace the Electoral College with a popular vote system, according to a recent Gallup poll.

Apple stores around the country closed their doors on Wednesday to allow employees to watch a live webcast of the employee-only service for Steve Jobs that took place at the company's Cupertino headquarters. Hundreds of employees converged on the campus in Northern California Wednesday morning, crowding into the outdoor amphitheater where the likes of former Vice President Al Gore, Coldplay, and Norah Jones paid tribute to Jobs.

The two men touted as Republican frontrunners - Rick Perry and Mitt Romney - resisted, with great difficulty, an urge to get into a physical fight during a tense GOP presidential debate on Tuesday. In the midst of a heated verbal sparring session, Romney apparently tried to physically intimidate his opponent by placing a hand on his rival's shoulder, after being visibly annoyed by the Texas Gov.'s repeated interruptions.

A roundup of factual statements from Tuesday night's feisty GOP debate that were either questionable or completely untrue.

The private memorial service of Steve Jobs, the visionary and creative tech genius, was held at Stanford Memorial Church on Sunday evening, moving hundreds of celebrities to tears. 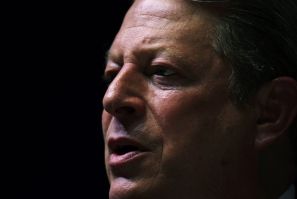 Ex-Mich. Gov. Granholm Quits One Political Role For Another On TV 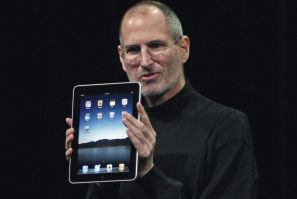 The Day After Steve Jobs Died: What Next for Apple?

Now that Steve Jobs is dead, the company he created will serve as one of his greatest legacies. It employs 46,600 worldwide. Annual sales for the period ended Sept. 30 are expected to exceed $100 billion for the first time. 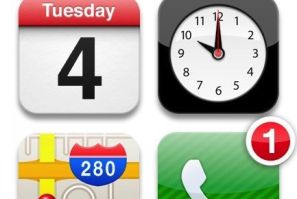 Apple Sets iPhone Event on Oct.4; No Details Given

Apple invited the tech press to an iPhone-related event scheduled for Oct.4, with simply the email tag Let's talk iPhone. T-Mobile USA's marketing chief, Cole Brodman, said that iPhone will not be available for T-Mobile customers in October. 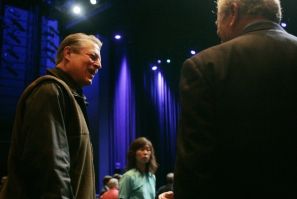 Apple and Al Gore: Why Are Celebrities Put on Corporate Boards?

Many celebrities, including politicians, actors, musicians and even athletes have been named to corporate boards over the decades.
Latest news
Verizon Ups iPhone 5 Release Speculation with Sale
Will Apple iPhone 5 be Launched Along With Midrange Smartphone?
Apple Will Release Only One iPhone in October: Analyst
Is Oct. 4 the iPhone 5 Launch Date?
iPhone 5 Release Date: Al Gore, Former Vice President, Says October
EDITOR'S PICK