Alcoholism, also known as alcohol dependence, is a disabling addictive disorder. It is characterized by compulsive and uncontrolled consumption of alcohol despite its negative effects on the drinker's health, relationships, and social standing. Like other drug addictions, alcoholism is medically defined as a treatable disease.

Dry January May Have More Health Benefits Than You Think

Online alcohol sales at the start of the pandemic increased more than 200% from the previous year.

Emma Roberts' boyfriend Garrett Hedlund was arrested for DUI in January and immediately sought treatment as they were expecting their first child together.

Researchers found that the number of Americans reporting drastic mental health and behavioral changes, such as heavy drinking or drug use, were steadily increasing.

Post-traumatic stress disorder therapy does not increase the risk of relapse for addiction patients.

She was suffering from a rare medical condition called auto-brewery syndrome.

Ben Affleck opens up about his battle against addiction and revealed that he learned an important lesson when he relapsed from his third rehab stint last year.

Researchers have designed a new MRI technique that can find out if an adolescent might suffer from binge drinking later in life.

In a new book, scientists claimed that alcohol tolerance saved the early ancestors of humans from going extinct. The book also indicated that although alcoholism is viewed as a social problem, it has played a huge role in the evolution of human culture.

Recent Study Shows Alcoholism Can Be Helped Minimized By Ketamine

A club drug oftentimes abused by wild partygoers may soon become the ally of alcoholics. This is the opinion of researchers after recently completing their study on how to shake off alcoholism.

Acid from Playboy model Jessica Landon's urine ate away the skin on her hips and tailbone causing a blood staph infection. When Jessica was brought to the hospital, her blood alcohol content was 0.53 percent and all her organs were failing.

Many keto practitioners do not shun alcohol drinks and say it is still possible to have your drink while on this very specific diet.

Types of Cancers Caused By Drinking Too Much Alcohol

There is strong scientific evidence that drinking too much alcohol can lead to certain types of cancer.

Reports claim Lindsay Shookus is supporting Ben Affleck amid his addiction and divorce with Jennifer Garner.

Some Olympians are swearing by the effectiveness of non-alcoholic beers as a viable substitute.

Keith Urban Did Not Have Alcoholism Relapse In 2018

A tabloid claimed Keith Urban “came close to a breakdown” and Nicole Kidman successfully staged an intervention to get him out of his destructive relapse.

Ben Affleck's Friends Not Concerned About His Alcohol 'Relapse'

The article references Affleck’s upcoming movie, “Torrance,” where he plays the lead character — a former high school basketball star whose addiction to alcohol leads him to destroy both his career and marriage.

According to a report, McGraw was trying to stay sober to save his marriage of 22 years. 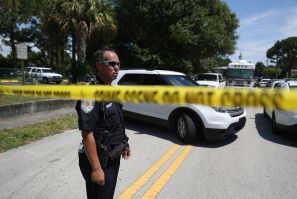 A man with excessive DWI's claimed that the law discriminates against alcoholics. 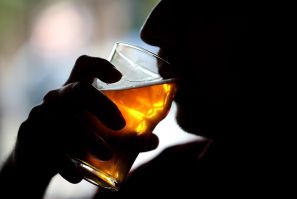 A study on mice has shown researchers that alcohol consumption could cause irreversible DNA damage that leads to cancer.

The footage was apparently deleted by a former fraternity member just two days after Piazza died. 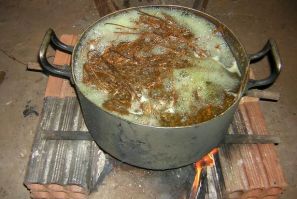 The psychedelic traditionally brewed in South America contains dimethyltryptamine (DMT), which is far more effective in controlling drinking among severe alcoholics, compared to other hallucinogens like LSD or magic mushrooms. 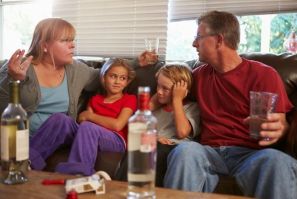 A study has shown that having an alcoholic parent can impact kids when they are infants which causes violence during their teenage dating years. 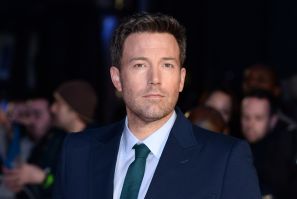 Ben Affleck continues to seek treatment for his alcohol addiction, months after his rehab stint. 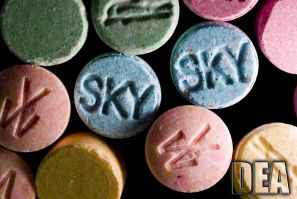 MDMA Will Be Used To Treat Alcohol Addiction In Study

A new study will use the illegal drug MDMA in an upcoming clinical trial aimed at treating alcoholism and addiction.
Latest news
Moderate Drinkers Also Have A Risk Of Dementia And Alzheimer's
Horse Tranquilizer Could Be Key To Fighting Alcoholism
This Alcohol Gene Reportedly Controls Your Consumption
Sipping On Energy Drinks Mixed With Alcohol Is Almost Like Doing Cocaine
Beer Is Good For You, Study Says
EDITOR'S PICK