Verizon Communications: What to Expect in 4Q Results

The New York-based company will report its fourth-quarter earnings Tuesday before the market opens.

RIL Q3 Profit Falls; Will Buy Back up to 120 Million Shares

Energy conglomerate Reliance Industries reported its first quarterly profit drop in more than two years, and moved to bolster its underperforming shares by announcing a share buyback of up to 104.4 billion rupees.

Billionaire investor Carl Icahn is buying some of the debt of hedge fund manager Philip Falcone's LightSquared Inc. as the ailing wireless-network company runs short of cash, according to two sources familiar with the matter.

With the searing success of Apple's iPhone line helping to spur sales of nearly 580 million smartphones in 2011, consumers are lining up to buy them. Meanwhile, the mobile industry is dying to serve them, lured by prospects of subscriber growth and terabytes of new revenue.

An unmanned heavy-lift Delta 4 rocket blasted off from Cape Canaveral Air Force Station on Thursday to put a high-speed broadband communications satellite into orbit for the U.S. military.

Analysis: Europe's Telcos No Haven with the Wolf at the Door

Europe's telecom shares have long been seen as safe houses when the wolf is at the door, but recession, fierce competition and costly network upgrades are huffing and puffing at their capacity to pay generous dividends.

Tablet computer makers have had a hard time keeping up with Apple's iPad 2, but now Apple will try to outdo itself with the iPad 3 this March. Apple hasn't announced anything yet, but reports out of China show Apple's component suppliers are producing new parts for a March release.

Verizon Communications Inc is pushing hard to move its FiOS TV service beyond the set-top box and onto the latest gadgets - from TVs and tablets to gaming consoles - to fend off competition from online video services such as Netflix Inc, Amazon Inc and Apple's Inc iTunes.

The wireless industry is looking at new ways to deliver mobile video services and charging consumers as it tries to boost usage without overloading networks, a top Verizon Wireless technology executive said.

The combination of lightweight operating systems, low-power processors, and near-ubiquitous high speed broadband will empower the disruption of the living room paradigm in 2012, says an analyst.

Day two of the 2012 Consumer Electonics Show is underway, so let's go over some buzz-worthy gadgets we saw from Polaroid, Sony and Swiss Army on the first day. Victorinox makes Swiss Army Knives, and they've manged to stuff a one terabyte storage nub into one of their handy tools with scissors and a knife.

Motorola Droid 4 LTE from Verizon: What to Expect

The Motorola Droid 4 has not yet been priced but is expected to hit the markets in the coming weeks, according to the company.

U.S. Aims to Cut Abuses of Phone Subsidy for the Poor

The top U.S. communications regulator on Monday proposed measures to eliminate the waste and fraud plaguing a telephone subsidy for the poor, and broaden the program to bring high-speed Internet to more low-income households.

AT&T may have lagged in the 4G LTE race but the mobile giant has finally launched the speedy network in New York City and 10 other markets, with hopes to roll the service out completely by the end of 2013.

Hulu Plus, Netflix or Amazon Prime: Which is Best for Streaming Content?

Hulu Plus, Netflix and Amazon Prime are great for streaming content, so here's how to choose which is best for you. As broadband gets cheaper and more plentiful, more and more people are cutting the cord and canceling their cable subscriptions. That's because all that broadband capability is allowing for a revolution in streaming content online, specifically, streaming videos 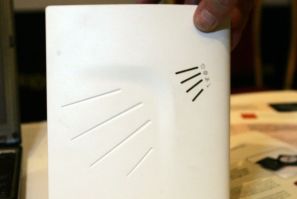 Only a few weeks after their target date of the end of 2011, AT&T has switched on their 4G LTE network in NYC and San Francisco among other places. Eleven cities got their new systems turned on Jan. 5, and that brings the total number of U.S. cities under the AT&T 4G network to 26.

Robert W. Baird said its technology team has identified ten key themes that it expects to drive investment opportunities in 2012, across a range of technology verticals.

Acme Packet Inc forecast a fourth quarter that lagged analysts' estimates and cut its 2011 outlook on concerns of crippled capital spending budgets at its telecommunication customers in North America.