Commodity prices posted a brief rally on Monday after a pro-austerity party got the most votes in Greece's weekend elections, but the market's upswing fizzled almost as soon as it began, confounding traders who might have expected developments to lift risky assets for at least a few of sessions.

Suppose They Conducted A Relief Rally, And Nobody Came?

Certain financial-market commentators were -- er, uh -- commentating either early Monday or late Sunday (depending on one's global positioning) about a relief rally in this market or that market allegedly propelled by Greece's election results, which suggest the euro zone will not be falling apart. This week, anyway.

Crude oil futures advanced Friday as sentiment was buoyed on expectations that the major central banks around the world would act to strengthen the global economy.

Crude oil futures are slightly lower Thursday as investors await the outcome of the OPEC ministerial meeting in Vienna.

Helicopter gunships aren't the only things Russia is giving Syria; now the Kremlin is printing money for the cash-strapped Damascus regime. But whereas the former makes Assad's regime stronger militarily, the latter may be contributing to an inflation rate that is now more than 30 percent.

Crude Oil Futures Hover Above $83 Ahead Of US Inventory Data

Crude oil futures hovered above $83 a barrel Wednesday ahead of a weekly report on US oil supplies as well as Thursday's OPEC ministerial meeting in Vienna.

US Tightens Economic Noose On Iran, But China Wants No Part

The U.S. singled out China on Monday in its effort to push the international community to place additional economic pressure on Iran.

Leaders of the world's 12-member crude oil cartel gather this week in Vienna to discuss and perhaps set a production ceiling for the group in what is expected to rubber stamp the current state of affairs. It is also expected to feature a fierce tug-of-war between Saudi Arabia, the cartel's dominant producer, and Iran.

Crude oil futures declined on Tuesday amid concerns that Spain's banking bailout may not be enough to rescue the country from the financial crisis.

Who Is Africa?s Richest Man?

Forbes has upped its wealth estimate for Aliko Dangote, founder and chief executive officer of the Dangote Group, to $11.2 billion.

Crude oil production from the Organization of the Petroleum Exporting Countries (OPEC) rose 40,000 barrels per day (b/d) to 31.75 million in May, a new survey has shown.

US Trade Gap Shrinks In April, But Deficit With China Worsens

U.S. crude oil futures fell more than $2 on Friday, pressured by uncertainty about the fragile economic recovery in the United States . 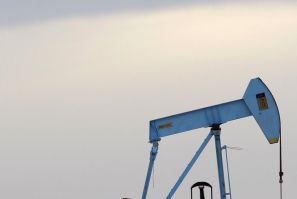 Oil Futures Rise Above $85 Per Barrel; ECB In Focus 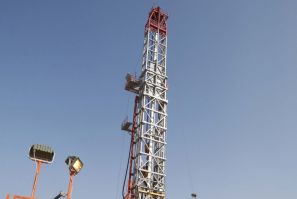 Oil Futures Hover Below $84 Per Barrel

Crude oil futures hovered below $84 a barrel Tuesday as concerns over the euro zone debt crisis continued to weigh on the sentiment. 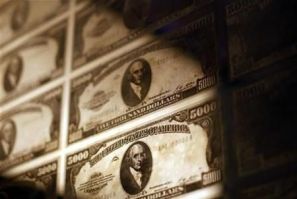 Home prices are stagnant, crude oil is tumbling and copper has fallen to a seven-month low. Inflation is not the problem. What is the problem is inflation's evil twin, deflation. 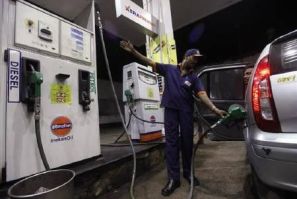 Another Petrol Price Hike On Cards In India?

Petrol price woes in India are not going to end anytime soon. Oil companies, which had raised Rs 7.5 per liter over a week ago, announced a rollback of Rs 2 Saturday after wide protests against the hike. However, the companies Monday said that the prices would be reviewed June 15.

Oil Drops Below $82 After Weak US, China Data

Crude oil prices declined for the fifth day Monday as sentiment was dampened after reports indicated a slowdown in China's nonmanufacturing activity and U.S. employment.

Loonie pulled down against greenback by economic data

The value of the monetary unit of Canada slipped Thursday against the U.S. dollar as a consequence of underwhelming employment data issued by the U.S.