GCC: Can The Arab Gulf States Form A Political And Economic Union To Rival The EU And Shut Out Iran?

The contemplated union of Saudi Arabia and Bahrain forms only one part of a potentially much wider alliance -- the political, military and economic integration of the Gulf Cooperation Council (GCC), which comprise Saudi Arabia, Bahrain, Kuwait, Qatar, the United Arab Emirates (UAE) and Oman.

Angola: The Bloody 'Democracy' Of An Oil Republic

As soon as the door opened, 15 men -- armed with pistols, machetes and iron rods -- burst into the house and began beating the young Angolan musicians and activists who were known for protesting against government corruption and the use of violent tactics to suppress political dissent.

The national debate on the Keystone XL pipeline enters the courtroom, as Nebraska landowners sue their state over how the pipeline project could be approved.

US Gas Prices Fall With Crude, But Still Too High: Oil Trade Group

The American Petroleum Institute has again called on Washington to increase domestic production of oil on both federal and public lands, to help consumers by bringing gasoline prices down even further.

Ifeadi called the Chinese scavengers who were taking jobs that should be the exclusive preserve of Nigerian people.

Britain Considers Its Role In Any Potential Iran-Israel War

Among other options being considered by senior officials in the UK government's National Security Council is the deployment of the Royal Navy in the Middle East.

Comments regarding a rebound in the Chinese economy from the Organization for Economic Cooperation and Development lifted stocks earlier Tuesday and kept Asian and European bourses in the green. The comments came after Chinese Prime Minister Wen Jiabao said last weekend his government would focus more on growth than inflation.

Asian shares fell steeply Friday after more signs emerged of growing instability among Spanish banks and political turmoil in Greece, with the latest sluggish economic data from the United States adding to the list of risks for investors.

Commodities prices fell Wednesday as investors, preparing for the fallout from an expected Greek exit from the euro zone, abandoned industrial and precious metals for the safety of German and U.S. government debt.

Investors spent most of Tuesday tip-toeing back into risky assets before suddenly losing their nerve about two hours before the closing bell and retreating, for the second day in a row, to German bunds and U.S. Treasurys.

The almighty dollar was the investment of choice Monday morning, as international investors - in a classic flight to safety after various major news breaks last week - piled into greenback-denominated cash and cash equivalents.

Concho Resources Inc. (NYSE: CXO) will buy all of the oil and natural gas assets of Three Rivers Operating Company LLC for $1 billion in cash, increasing Concho's production by 7,000 barrels of oil a day, the company announced Sunday.

Concho Resources Inc. (NYSE: CXO) has agreed to acquire all the crude-oil and natural-gas assets of the Three Rivers Operating Co. and certain affiliated entities for $1 billion in cash, Concho announced Sunday.

Pirates based on the coast of northern Somalia hijacked a Greek-owned oil tanker in the Arabian Sea with a crew of 15, mostly Indians and Filipinos.

China's announcement that construction was down and manufacturers bought less factory equipment in April drove oil prices down and caused concerns that the global economy was slowing down. These concerns were reflected in market activity. 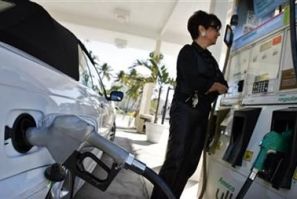 The now-familiar call for Washington to lower energy costs by increasing domestic production of oil may not be the most effective policy, according to this month's Congressional Budget Office report on the nation's energy security. 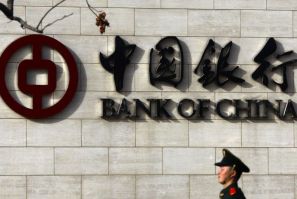 Just about everything in China's economy seems to have gone backwards in April and the raft of weaker data raised fears that the world's second largest economy has yet to bottom out. 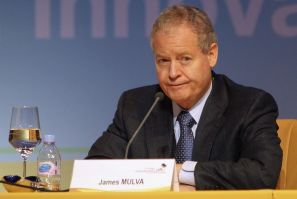 ConocoPhillips To Sell All Of Its Nigerian Assets

The U.S. oil major is preparing to sell all of its assets in one of Africa's leading producers of crude oil -- Nigeria. 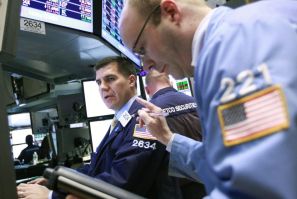 Post-election uncertainty in Greece pushed investors away from stocks and commodities, lowering German and U.S. bond yields and eroding the euro's value as investors sought the dollar. France's benchmark CAC 40 Index erased its Monday gains, which had confounded investors. The reality sank in a day late as euro zone uncertainties that popped up over the weekend took root. Greek stocks have lost 10 percent of their value so far this week. 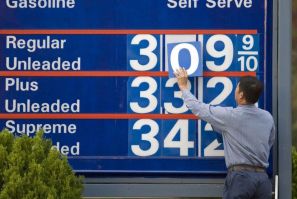 US Gasoline Prices Falling Ahead Of Summer Driving Season

U.S. gasoline is getting cheaper. In the last four weeks, the average weekly U.S. retail price of regular unleaded gas has fallen 4 percent, according to the Energy Information Administration. 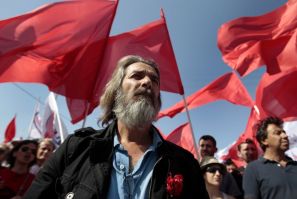 US, European Stocks And Commodities Plunging On Greek Uncertainty

U.S. and European stocks as well as commodities fell hard Tuesday on worries about the effect of a possible Greek departure from the euro zone. 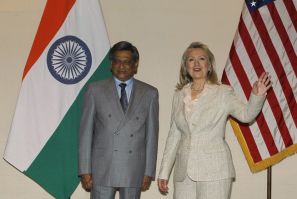 India Explains To US Why It Needs Iran

India Tuesday conveyed to the US that it has to look at the Western sanctions on Iran beyond the issue of energy, as it has critical stakes in the region.
Latest news
Gold Prices Fall On Weaker Euro
Gold Prices Ease After French, Greek Elections
In India, Hillary Clinton Pitches For FDI In Retail And More Cuts In Iranian Oil
Oil Prices Fall After French, Greek Elections
Risk Assets Tumbling In French And Greek Electoral Tide
EDITOR'S PICK