A study conducted along the Florida coast suggests the Gulf of Mexico is far from decontaminated two years after the Deepwater Horizon oil spill, and that a dispersant used in the aftermath of the spill may be partly to blame.

Deformed fish and eyeless shrimp being caught in the gulf is a result of the BP oil spill, a researcher said

The CEO of the biggest oil company in one of the world's fastest-rising economies thinks high oil prices are here to stay.

President Barack Obama on Tuesday called on Congress to pass a series of measures that would help limit what he called speculation that's driving up the price of oil and gasoline.

Spain's debt yields rose above 6 percent on Monday as investors worried about its budget deficit, knocking the euro and sending safe-haven German bonds to a record last set at the height of the euro zone crisis.

Addressing Israeli concerns on Iran buying extra time of five weeks over its alleged clandestine nuclear weapons program during the first round of key talks with the six world powers, US President Barack Obama said his administration has not given anything away, defending the need for a diplomatic resolution.

The cost of living in the U.S. increased at a slower pace in March as the rise in energy prices eased, supporting the Federal Reserve’s view that the jump in oil and gas prices is only temporary.

Risky assets rose on moderate volume and moderately bad news Thursday, as investors seemed to be placing a paradoxical bet that a slowdown in economic growth would jolt the U.S. central bank into action -- inflating the prices of stocks, commodities and other assets -- while at the same time assuming the slowdown would not be so harsh as to throw the current recovery completely off track.

Stocks popped Wednesday on both sides of the Atlantic, one day after their worst loss of the year, on easing euro zone worries and hopes for a better-than-expected earnings season.

Stocks extended their longest and deepest slump of the year on rekindled worries about the euro zone crisis along with nervousness about first-quarter corporate earnings.

Iran has enough funds to withstand a total embargo on its oil sales for two to three years, Iranian media quoted President Mahmoud Ahmadinejad as saying days before the resumption of talks with world powers on Tehran's nuclear program.

BG Group will take its first step toward becoming Brazil's largest foreign oil producer by 2020 with a $2 billion cash infusion for research and development, the Financial Times reported Monday.

The risk-on sentiment ginned up by the kindness of western central banks plus the first quarter's good weather, which pulled forward consumer spending and construction activity, is fading.

Oone of the largest natural gas distributors in the U.S. announced it is planning to invest up to $1.8 billion in the construction of a pipeline connecting the Bakken oil fields in North Dakota with the nation's oil hub in Oklahoma. But the new pipeline won't solve the problem of getting to refineries all the oil being produced in the U.S.

Futures on major US indices point to a lower opening Monday after US non-farm payrolls data showed that the world's biggest economy added fewer-than-expected jobs in March. 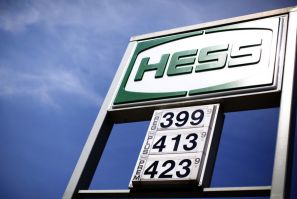 US Gasoline Prices Hit $3.97 A Gallon, At Or Near Peak

“Price hikes at the pump have been losing steam for weeks. ... Crude oil prices have slipped and if they don’t rebound in the very near future, gasoline prices will peak very soon, if they haven’t already,” said Trilby Lundberg, president of Lundberg Survey Inc. 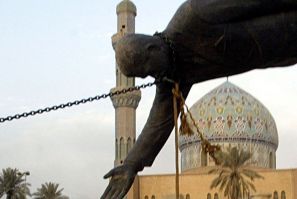 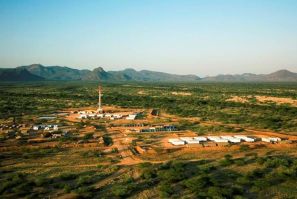 The Kenyan Oil Discovery: Is A Big Payday In The Offing?

Tullow Oil PLC recently announced an oil discovery in Kenya. Here is an economic analysis of what the discovery could mean for the future of the country. 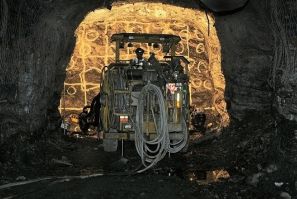 Gold rose on Thursday, as investors covered short positions after a sharp two-day pullback, and a crude oil rally also buoyed the precious metal that sank early this week on disappointment about further U.S. monetary easing.

The U.S. economy is expected to expand at a disappointing pace in 2012, similar to the tepid 1.7 percent growth rate achieved in 2011, despite recent job gains, according to economists at HSBC, who said wages have failed to keep up.