India's Oil and Natural Gas Corporation (ONGC) on Saturday announced a big oil discovery in the currently producing D1 oilfield off the West Coast that will boost the state-run firm's declining oil production.

The U.S. trade deficit in June was the smallest in 1-1/2 years as lower oil prices curbed imports, according to government data on Thursday that suggested an upward revision to second-quarter growth.

China hailed the recent agreement between Sudan and South Sudan that will allow the landlocked South to resume exporting crude oil through its northern neighbor's pipelines after months of tense negotiations.

Crude oil futures declined during the Asian trading hours Monday after surging the most in a month in the previous session on upbeat U.S. jobs data.

Next week will be a reasonably quiet one for both the U.S. and the euro zone, but China will be dumping a whole bunch of macro data for July .

The financial markets were in a full-throttle rally Friday as stocks, bonds, commodities and foreign currencies all rose, following a week of sell-offs amid various policy and economic disappointments.

The peak weeks are now behind us and the number of earnings reports we get each week will now drift lower.

US Passes New Iran Sanctions, Israel Doubts They Will Change Anything

The U.S. Congress passed new sanctions against Iran's oil and nuclear program on Wednesday evening, but Israeli officials remain unconvinced that the sanctions will have the desired effect.

The financial situation in Iraq, one of the world's largest reservoirs of crude oil, has become grave.

Crude Oil Futures Hover Near $90 Ahead Of Central Bank Meetings

The week is chock-full with data releases that will confirm if the summer malaise continued in July. As always, Friday's employment report will carry the most weight. Another highlight of this week is the much anticipated Federal Open Market Committee meeting on Tuesday and Wednesday.

Crude oil futures advanced Monday as sentiment was buoyed on speculation that major central banks around the world would act to tackle the deteriorating global economic conditions.

CNOOC's Takeover Of Nexen Is China's Largest Overseas Deal Ever

This time, China's bid is unlikely to be blocked by the government, as its attempted takeover of Unocal was seven years ago

Crude oil futures advanced Tuesday as fears over a sharp growth slowdown in the world’s second largest economy slightly eased after a report showed that Chinese factory activity in July grew at its fastest pace in five months.

In a fairly light week of data, Friday's first take on the U.S. second-quarter gross domestic product will be the main event. Economists expect a feeble reading of 1.4 percent. This will be the final major data point to influence participants at the July 31 - Aug.1 meeting of the policy-setting Federal Open Market Committee.

Spain's stock market plunged Monday to its lowest level in nearly 10 years on growing doubts that the nation can avoid defaulting on its massive debts without an external rescue. The government also instituted a three-month ban on short-selling all securities. 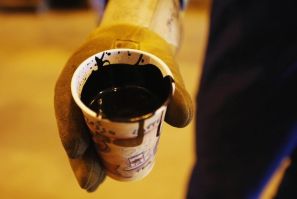 Nigerian authorities served Makoko residents with an eviction notice last week. They were given only 72 hours to leave their homes before demolition forces moved in.

U.S. stocks gave back early gains and turned negative after Federal Reserve Chairman Ben Bernanke set out a downbeat view of the economy to Congress without promising imminent easing measures. 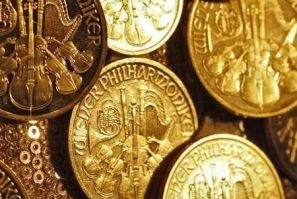 Gold prices rose towards $1,600 an ounce on Tuesday in line with the firmer euro as investors awaited a statement from Federal Reserve chair Ben Bernanke later, after soft U.S. data fuelled talk he may hint at fresh measures to stimulate the economy. 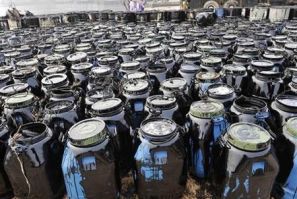 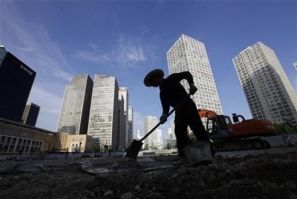 China's growth rate slowed for a sixth successive quarter to its slackest pace in more than three years, highlighting the need for more policy vigilance from Beijing even as signs emerge that action taken so far is beginning to stabilise the economy.
Latest news
IEA Says Emerging Market Oil Demand To Exceed Developed World For First Time In 2013
Crude Oil Futures Hover Above $85 In Asia
Fed FOMC Minutes Squash Hopes For Imminent QE3, Stocks Turn Down
Narrower US Trade Gap Fails To Ignite Hopes Of Economic Growth
US Trade Deficit Narrows In May On Cheaper Oil
EDITOR'S PICK