Aluminum In Nigeria: A Tale Of Corruption, Conglomerates And Cold War Conflicts

The Nigerian Supreme Court ruled that the sale of a Nigerian aluminum enterprise to Russian conglomerate RUSAL was in fact illegal. Instead, Nigeria's ALSCON should have gone to the original highest bidder: a U.S. firm called BFI.

Kenyan had signed a deal in June to purchase about 4 million tons of oil from the Iranian National Oil Company.

Crude Oil Futures Hover Near $87 Ahead Of ECB Decision

Oil prices remained near $87 a barrel during Asian trading hours Thursday as investors were awaiting the key monetary decisions from the European Central Bank (ECB) and Bank of England.

Indian stock markets were trading slightly lower Wednesday as declines from oil & gas and IT sector shares outweighed the gains in metal and realty sectors.

Crude oil futures advanced Tuesday on fears that growing tensions between Iran and the West may threaten crude supplies from the Middle East.

While this week will be interrupted midway by the Fourth of July holiday, the barbecues and fireworks are unlikely to take away from the importance of Friday's June nonfarm payrolls report. Monday's ISM manufacturing index will also be in focus.

Crude oil futures declined during Asian trading hours Monday after reporting their biggest one-day price surge in three years in the previous session as a breakthrough in the European Union summit in Brussels boosted sentiment.

The European Union's economic sanctions on Iran became fully effective on Sunday, but the Islamic Republic's deputy oil minister claimed the country will have no difficulty finding replacements for recent EU purchasers of its crude.

Sudan: ?Lick The Elbow? Protests Erupt In Khartoum And On Twitter

In Sudan, the big protest is in progress. Media reports are still scant, but Twitter is chirping with updates.

Nigeria Urges Family Planning: Why Legislation Would Be A Bad Idea

In Nigeria, overpopulation is a definite problem. Cutting down on fertility rates would help, but the government must choose the right plan of attack.

Asian shares rose on Thursday on encouraging U.S. economic data, but prices could falter with markets tense ahead of a European summit deeply divided on how to tackle the protracted euro zone debt crisis and stop it spreading further.

Crude Oil Futures Hover Above $79 Ahead Of EU Summit

Crude oil futures slightly declined and hovered above $79 a barrel during Asian trading hours Wednesday as doubts over the ability of European leaders to address the debt crisis at a summit this week offset concerns over tightened North Sea supplies due to a strike in Norway.

South Korea announced it will halt imports of Iranian crude oil as the European Union's ban on insuring oil shipments from Iran comes into effect toward the end of the month. 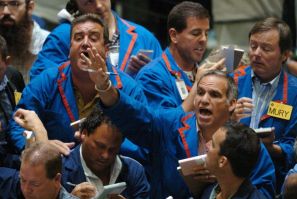 The price of crude oil fell Tuesday to less than $79 on the U.S. wholesale market, cutting the value of the commodity by about one-third since early March. 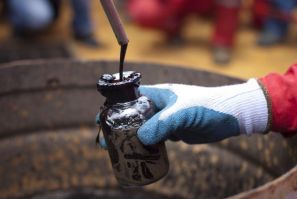 Crude oil futures advanced Monday as U.S. companies shut down nearly a quarter of oil and natural gas production in the Gulf of Mexico because of the intensifying weather caused by Tropical Storm Debby. 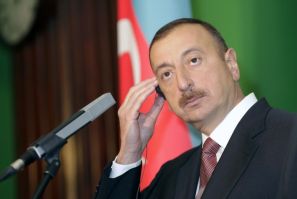 Azerbaijan - A Repressive, Corrupt Country That The West Loves

With all of its contradictions, Azerbaijan is a complex country to fully figure out: Its tangled friendships and autocratic policies are often puzzling as are its relations with the West. But its obsession with oil is as undiluted and unwavering as anything the country has ever done. 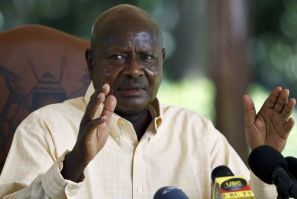 Hailed as an African reformer, Yoweri Museveni has now become an autocrat who bends the rules to stay in power and hands favors to his family. Nothing new for Africa, unfortunately -- but the exact opposite of what he himself once pledged. 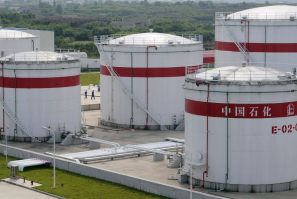 Crude oil prices slightly advanced in Asian trading Friday, after plunging to their lowest level in eight months in the previous session.