Highlighting the economic data this week -- May 7-11 -- are the March trade-balance figures to be released Thursday. Economists expect the U.S. trade deficit to widen after its sharp narrowing in February.

Disappointing jobs growth in the U.S., together with shrinking manufacturing and services activity in the euro zone, had equities and commodities in retreat and bond yields down. News this weekend isn't likely to calm jitters, with elections in both Greece and France, which may get its first new socialist president since 1981.

Royal Dutch Shell has shut down the Nembe Creek Trunkline to repair theft-related damage, deferring some 60,000 barrels of crude oil per day.

Indian Rupee Continues To Be Volatile, Dips To Four Month Low Due To Trade Deficit And Strong Dollar

Indian Rupee dropped to four-months-low of 53.83 at midsession before closing at 53.41/42 against dollar on Thursday, despite Reserve Bank of India's's suspected interventions. Rupee has been continuing its steady fall and the analytics are expecting the Indian currency to touch an all time low of 55.00 per dollar within a short period.

Thursday's mixed economic reports on the U.S. economy kept a lid on stocks and focused the attention of traders and investors on the end-of-the-week nonfarm payrolls report, causing stocks to retreat and the euro to slide.

Up until now, India had adamantly opposed sanctions against Iran.

India Bows To US Pressure, Will Cut Iranian Oil Imports

In a major victory for the US-EU led sanctions on Iran, the Indian government has asked top two importers of Iranian crude to cut their imports by at least 15 percent this year, the Wall Street Journal WSJ reported, quoting industry sources.

Data from consultants JBC Energy showed Iran's output fell by 150,000 barrels per day over a two-month period, hitting a 20-year-low of 3.2 million barrels in April.

The news of the day centered on a better-than-expected U.S. manufacturing report for April, which sent ripples across the markets, boosting stocks as investors moved away from bonds and giving a bump to the dollar and crude oil. Investors are hoping this good news will be matched in Friday?s April U.S. jobs report.

India?s Exports Shrank For The First Time Since 2009

India's exports in March fell for the first time in two and a half years as demand weakened in Europe and the U.S.

South Korea's inflation declined to a 21-month low as the exports declined for the second consecutive month in April.

India?s trade deficit rose to $13.9 billion in March compared with $3.8 billion a year ago driven by high crude oil import costs according to data reported by the Ministry of Commerce Tuesday.

Exxon Mobil Corp has shut the 160,000 barrel-per-day (bpd) North Line crude oil pipeline in Louisiana after a leak spilled 1,900 barrels of crude oil in a rural area over the weekend, affecting a conduit that supplies the nation's third-largest refinery.

Energy Transfer Partners Paying $5.3B For Sunoco, Which Soars 20%

Some top Israeli officials have repeatedly compared the current regime in Tehran to Nazi Germany and Adolph Hitler?s program of exterminating the Jews. 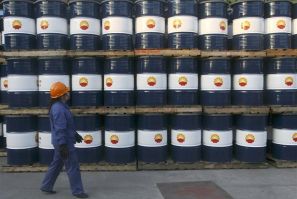 PetroChina Co, the world's second largest oil and gas firm, reported a $6.21 billion profit in the first quarter on Thursday, giving the company a 5.8 percent increase compared to the same period a year ago.

Asian Stocks Up Despite Spain Downgrade; Euro Down 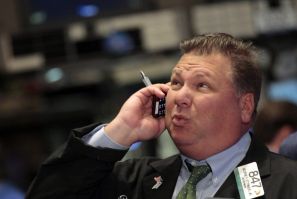 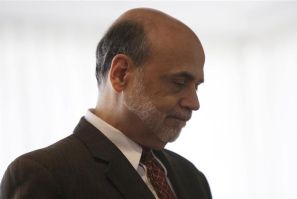 Strong first-quarter earnings and a slightly more positive view of the U.S. economy by the central bank offset disappointing durable goods numbers for March to boost equities and trim bonds. 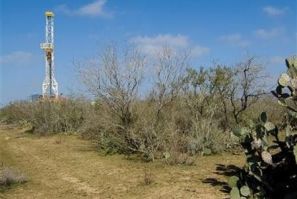 According to a survey released this week, oil and natural gas executives and investors think the price of natural gas will remain below $2.50 per 1,000 cubic feet for the rest of the year -- a level that is too low for the industry's growth. 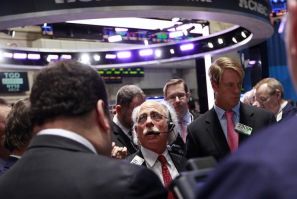