Saudi Crown Prince Nayef, a pivotal figure who supervises the daily affairs of the kingdom, is undergoing routine tests at the renowned Cleveland Clinic in Ohio, Saudi television and hospital sources said on Friday.

Where Will Syria’s Assad Find Asylum?

The country that is perhaps most intimately connected with offering a haven for brutal (and unemployed) dictators is the kingdom of Saudi Arabia.

Is Kim Kardashian Dating a Saudi Billionaire? Star and Media Takeout Seem to Think So

Star Magazine and Media Takeout are claiming that Kim's dating a Saudi billionaire, but is it true?

The West and the Middle East have long had a strained political relationship. But when it comes to architecture, a more fruitful partnership has emerged.

Pakistani government has set the ball rolling for the arrest and extradition of former President Pervez Musharraf.

Roger Federer swatted aside Andy Murray 7-5 6-4 to win the Dubai Championships on Saturday, the Swiss maestro's 72nd tour title, as he abandoned the baseline to dominate from the net.

A Red Cross aid convoy prepared to enter the shattered Baba Amro district of the city of Homs, Syria, on Friday after a government official declared the area cleansed and the opposition spoke of a massacre by President Bashar al-Assad's forces. Rebels withdrew Thursday in a key moment in the year-old uprising.

Defeated Syrian rebels abandoned their shattered stronghold in Homs, giving way to a 26-day army assault on a city that had become a symbol of the year-long revolt against President Bashar al-Assad.

Defeated Syrian rebels abandoned their shattered stronghold in Homs Thursday, giving way to a 26-day army assault on a city that had become a symbol of the year-long revolt against President Bashar al-Assad.

Defeated Syrian rebels left their shattered stronghold in the city of Homs Thursday after a bloody 26-day army siege aimed at crushing a symbol of the year-long revolt against President Bashar al-Assad.

Strait of Hormuz: If Iran Closes It, Where Does Price of Oil Go?

Iran, faced with global trade embargoes and a possible attack by Israel on its nuclear installations, has threatened to close the Strait of Hormuz.

Novak Djokovic will take on Andy Murray in the semifinals of the Dubai Duty Free Tennis Championships on Friday after both men came through their quarter-final match-ups today.

Crude oil is predominantly priced and traded in U.S. dollars, although Iran has already accepted payments in some other currencies.

Saif al-Adel, identified as a senior al-Qaeda leader, has been arrested at Cairo airport in Egypt on Wednesday, security officials said.

Seventy-five years ago, Mopar began as a name for an antifreeze product. That antifreeze brand has grown into the global automobile parts and service arm of Chrysler Group LLC, and its latest announcement further expands its global footprint. 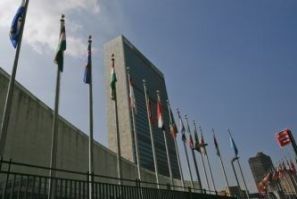 Anti-Internet Regulations to be Considered by U.N. Body

The International Telecommunication Union could pass new anti-Internet regulations by the end of the year, threatening new controls to stifle free speech. Starting at the end of February, Russia, China and many other countries will gather representatives in Geneva, Switzerland, to re-work a 1988 decision that has given rise to the open Internet many around the world have greatly benefited from. 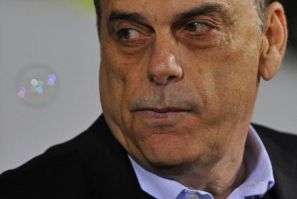 Avram Grant: Iranians Cancelled Game 'Due to Me Being Israeli'

Avram Grant, manager of Partizan Belgrade, has claimed that Iranian side Sepahan Isfahan cancelled a friendly game with his team because he is Israeli.

Stock index futures pointed to a rise in U.S. equities on Tuesday after the market opens following Monday's Presidents Day holiday, with futures for the S**9**P 500, the Dow Jones Industrial Average and the Nasdaq 100 rising 0.4 percent to 0.5 percent. 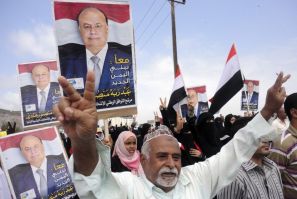 Election of Saleh's Successor to Mark New Chapter in Yemen

After a year of protests, diplomatic wrangling and an assassination attempt, Yemenis will draw a line under Ali Abdullah Saleh's three-decade rule Tuesday by voting in an uncontested election to install his deputy as president. 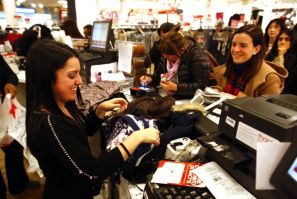 Macy's will add about 4,000 full-time employees this year, the retail giant's Chief Executive Terry Lundgren told a group of fashion students on Friday.

Glee pays tribute to the late singer with one of the biggest hits of her career.
Latest news
Ultra-Conservative Islamic Love Guru Urges Muslim Women to 'Embrace Sex'
Oil Prices Fall: How Critical are the Geopolitical Factors?
Azerbaijan Tower: The Next Tallest Building in the World? [SLIDESHOW]
Iran Using Gold, Oil to Pay for Grain
India Strikes Clever Deal with Iran; To Pay for Iranian Oil in Rupee
EDITOR'S PICK