Your Super Bowl Party Needs More Than A Good Dip

Before New England and Seattle face off Sunday at Super Bowl XLIX, make sure you will be ready to party.

While we like buffalo chicken wings as much as the next football fan, this year's Super Bowl could be a good opportunity to impress your guests with new flavors.

Make Eggnog Special With Cinnamon, Chocolate Or Other Special Touches

Eggnog is traditionally made from milk, sugar and whipped eggs. But you can add a personal or international touch.

Did you wait too long to get Christmas gifts? Don't worry! Check out these nine last-minute gift ideas to make your holiday season merry and bright.

Hewlett-Packard’s new PC and printer unit is looking to establish itself as a leader in the nascent but fast-growing 3D printing market.

Blake Lively Calls Wedding A Near ‘Disaster’ In Vogue

Not ever celebrity wants to "Dance with the Stars." Here's which red carpet personalities said "no thank you" to ABC.

75+ Of The Best Black Friday Sales From Every Store Imaginable

Overwhelmed at the thought of Black Friday shopping? We've gathered nearly 80 of the best deals and discounts at all your favorite stores offered on Thanksgiving and Black Friday.

Can JC Penney Be As Tasty As Macaroni And Cheese?

Sales in J.C. Penney's home goods department are down 30 percent this year, and executives are fleeing.

Newlywed actors Ryan Reynolds and Blake Lively are reportedly feuding about when to start a family.

Martha Stewart revealed on the "Today" show that she created an online dating profile and was open to finding love on the Web.

JC Penney goes on a cash hunt. Meanwhile, two top executives bail, and a court rules in its favor against Macy’s.

J.C. Penney has axed CEO Ron Johnson and is bringing back his predecessor Myron (Mike) Ullman.

Photos from the couple's intimate September wedding were featured in the winter issue of Martha Stewart Weddings magazine. 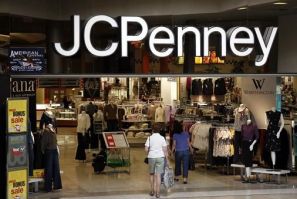 After a series of missteps and a dismal third quarter, J.C. Penney Co. Inc. is struggling to get back to the fundamentals of retail. 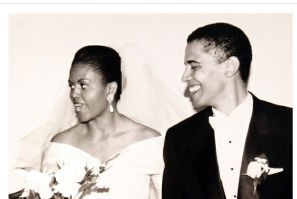 J.C. Penney Co Inc said on Wednesday that Michael Dastugue is leaving on Friday after just 15 months as chief financial officer as the department store chain continues to work on its overhaul under its new chief executive. 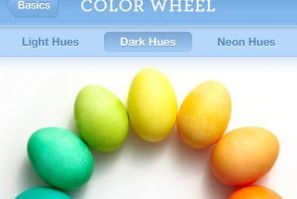 Easter is just three days away, and the countdown has already begun. Now it is time to get into the spirit of Easter by following all the traditions which include buying chocolate bunnies, basket of candies, coloring the eggs and visiting the Easter parade with full boom. But with all these rituals, one more tech tradition has evolved over the years for this colorful festival and that is Easter-themed Apps for the iOS and Android users. 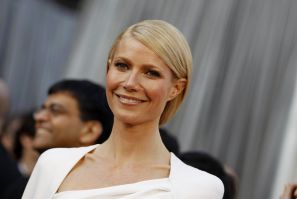 Gwyneth Paltrow caught up with Rachel Ray on the Rachel Ray Show yesterday after putting her kids to bed and pouring herself a glass of wine. The iconic actress phoned in from London for the show to talk about a New York Times article I Was a Cookbook Ghostwriter, which claimed that several celebrities had not actually written cookbooks under their names.
Latest news
Apple iPad 3 Release: Top 10 Apps for the High Definition Retina Display
iPad 3 Released Finally - Top Apps to Take Advantage of the New iPad's Retina Display
Top After Market NYSE Losers (KMT, BID, RLH, TRNO, SBH, MBI, NUS, MSO, AWK, HTZ)
How Does Kathy Ireland Beat Gisele and Cindy Crawford? With a Net Worth of $350 Million
Westminster Dog Show 2012: Martha Stewart's Chow Chow Wins Best of Breed
EDITOR'S PICK