Search For Malaysia Airlines Plane To End In 2 Weeks

Investigators with the Australian Transport Safety Bureau, the agency leading the hunt for the missing plane, said that bad weather was hampering the final stage of the search.

The news comes as the underwater search for the missing Boeing 777-200 — jointly funded by Australia, China and Malaysia — is nearing its end this month.

Australian Federal Police said Monday they had been in contact with a group over its belief it may have found personal items that belonged to crash victims.

Some relatives of those on board the missing plane traveled to Madagascar to search for debris from the plane and also raise awareness.

Relatives of the passengers of the missing jet left for Madagascar to lobby for an extension and said they would take the search into their own hands if needed.

The Australian Transport Safety Bureau released sonar images of the man-made objects that are currently being examined by a Remotely Operated Vehicle (ROV).

The underwater search for the missing plane in a remote part of the southern Indian Ocean has so for yielded no concrete clues as to the plane's whereabouts.

Victims’ Next Of Kin To Search Madagascar

Voice370, an association of relatives, will seek help from local organizations to search for debris from the missing jet.

The ATSB, which is leading the search for Malaysia Airlines Flight MH370, was “just trying to write a cover story to protect themselves," aviation commentator Byron Bailey said.

Authorities announced in July 2016 that the search for the plane will be suspended if no credible new evidence is found in the current area.

Missing Jet Was Out Of Control Before Crash

The ill-fated Malaysia Airlines plane was in a “high and increasing rate of descent” when it made its last satellite communication, the Australian Transport Safety Bureau said.

Authorities announced in July 2016 that the search for the plane will be suspended if no credible new evidence is found in the current search area.

Authorities confirmed that the piece of a wing flap found on the Indian Ocean island of Mauritius in May belonged to the Malaysia Airlines aircraft, which went missing in 2014.

Aviation journalist Christine Negroni reportedly writes in her new book, “The Crash Detectives,” that the airline knew its communications systems were substandard.

Only one of the two vessels involved in sweeping the Indian Ocean for wreckage was actually out on the water this week. 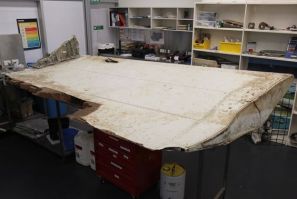 The latest report comes a day after investigators confirmed that a flap section found off Tanzania belonged to the missing Malaysia Airlines plane.

The confirmation comes as the search for the missing plane is set to be suspended in December if no concrete clues of the aircraft’s whereabouts are found. 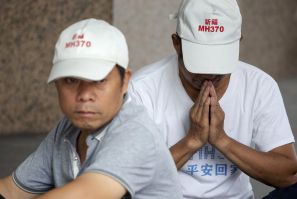 New Debris Hints At Fire On Board

The piece of debris found on Madagascar's east coast will be given to the Australian Transport Safety Bureau, the agency leading the search for the missing plane, on Monday. 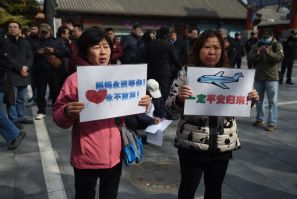 Malaysia Airlines Ordered To Provide MH370 Documents To Next Of Kin

The documents will be given to 76 next of kin of passengers who initiated civil proceedings to get details about what happened to the jet. 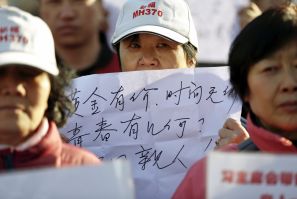 With no new credible clues on the plane's whereabouts, authorities have decided to suspend the search operation by December. 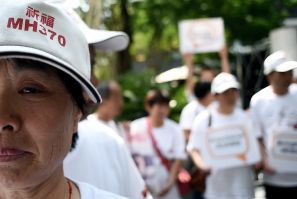 The latest theory comes as Australian authorities near the end of the underwater search operation for the Malaysia Airlines plane that went missing in March 2014. 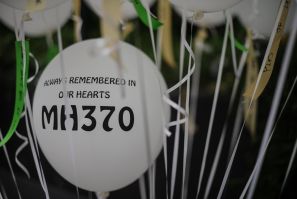 Authorities believe that the multimillion-dollar search for Flight MH370 in a remote part of the southern Indian Ocean will be completed by December.
Latest news
Amateurs Launch Their Own MH370 Search
Next Phase Of Search In Works
Australian Vessel Stops Searching For Missing Plane
Jet Dived After Engine Failure, Report Claims
Wing Flap Found In Tanzania ‘Highly Likely’ From Missing Jet
EDITOR'S PICK