South Korea, officially the Republic of Korea and often referred to as Korea, is a state in East Asia, located on the southern half of the Korean Peninsula. It is neighbored by China to the west, Japan to the east, and North Korea to the north. Its capital is Seoul. South Korea lies in a temperate climate region with a predominantly mountainous terrain. Its territory covers a total area of 100,032 square kilometers and has a population of over 50 million.

The Korean Men Makeup Fad: South Korea Is Largest Market For Men?s Skincare In The World

Men and makeup aren't necessarily commonplace ideas in the United States, but according to new market research South Korea is the largest market in the world for men's skincare thanks to fad that has developed over recent years with Korean men wearing makeup.

Most of the Asian markets dropped Tuesday as investor confidence was weighed down by the intensifying tensions between China and Japan and the increasing concerns over the euro zone debt crisis.

Most of the Asian markets dropped Monday after the rally last week when investor confidence was buoyed by the optimism that the stimulus measures announced by the central banks in the U.S. and the Europe would help revive the global economic growth momentum.

With the Bank of Korea unexpectedly holding its policy rate at 3 percent, market participants feel that stimulus measures will be urgently needed to reinvigorate the country?s weakening economy.

Thursday's announcement by the U.S. Federal Reserve that it would be engaging in a third round of open-ended bond-buying, known as QE3, to energize the economy saw a resoundingly positive reception in the foreign financial markets, where indexes rose Friday. But market-watchers were expecting the global equity party would lead to an inevitable hangover soon, in the form of intervention by central banks around the world, to stop massive inflows of dollars into non-U.S. economies -- in short, a...

Asian stock markets made gains Friday as investor confidence was lifted following the announcement of another round of quantitative easing by the U.S. Federal Reserve which is expected to rejuvenate the economic growth.

Most of the Asian markets made gains Thursday as investors remained hopeful waiting for the policymakers in the U.S. to announce monetary easing measures to boost the global economy and rejuvenate the economic growth momentum.

Asian shares eased Thursday ahead of the U.S. Federal Reserve's decision later in the day, but investors remained optimistic of further stimulus action to bolster the world's largest economy.

orth and South Korea technically remain at war since 1953, when their civil war ended in a truce instead of a peace treaty.

Because dengue is caused by one of four kinds of closely related viruses, it's been especially difficult to develop a single vaccine versatile enough to protect against it. Now, an international team of researchers says they've made a breakthrough, but the vaccine has turned out much less potent than observers had hoped.

Britney Spears tried her best to learn the moves of South Korean pop star Psy, on "The Ellen DeGeneres Show" earlier this week.

Most of the Asian markets fell Tuesday as investors' concerns about the debt crisis affecting the euro zone were revived, undermining the optimism initially raised by the bond-buying plan announced last week by the European Central Bank.

Asian shares eased Tuesday ahead of a key German ruling on the euro zone's bailout funds and the U.S. Federal Reserve's policy decision.

Most of the Asian markets rose Monday as investors remained hopeful that stimulus measures would soon be announced by China to boost its economy as its industrial production growth rate slowed down in August compared to previous month.

The expected release date for Apple's iPhone 5 is approaching, with predictors saying the Cupertino, Calif.-based company will unveil the device Sept. 12. As this day draws near, rumors about the next-generation smartphone's features have begun to leak online.

Apple iPhone 5 Features: Report Says Device Will Work On The Fastest Global LTE Networks But Not Likely On All Carriers

Apple fans all around the world widely assume that the company's upcoming "iPhone 5" will have the LTE functionality. A new WSJ report said that the handset would work on the fastest 4G LTE networks around the world, including those in the U.S., Europe and Asia.

Official aid from the South to the North often goes through the Red Cross as a matter of formality and convenience.

Tipping Point: The Art Of Paying Gratuities At Restaurants

I have never been certain if tipping was simply a 'courtesy' or the 'law.' 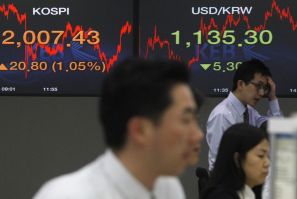 South Korea's economic growth slowed down to 0.3 percent in the second quarter this year compared to previous three months, weighed down by the faltering global economy and the intensifying debt crisis in the euro zone, revised data released by the Bank of Korea Thursday showed. 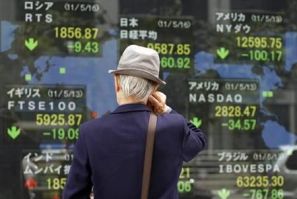 Most of the Asian markets rose Thursday as investors remained hopeful that the European Central Bank would announce stimulus measures soon to help boost the euro zone economic growth. 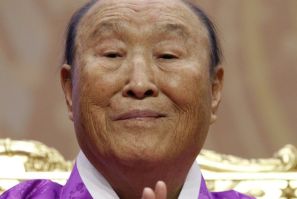 Moon was born in what is now North Korea. 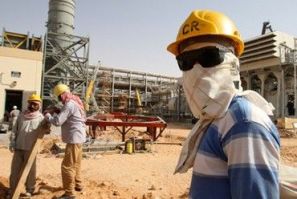 Saudi Arabia May Run Out Of Oil By 2030: Citigroup