Ukraine is the second largest country in Eastern Europe. Ukraine is a unitary state composed of 24 oblasts (provinces), one autonomous republic (Crimea), and two cities with special status: Kiev, its capital, and Sevastopol, which houses the Russian Black Sea Fleet under a leasing agreement.

It is bordered by the Russian Federation to the east; Belarus to the north; Poland, Slovakia, and Hungary to the west; Romania and Moldova to the southwest; and the Black Sea and Sea of Azov to the south.

Pope Francis had harsh words for the international community and their actions in Ukraine in an interview released Tuesday.

The latest round of sanctions on Russia hits people close to Putin, but they won't make a dent in the world's sixth-largest economy.

Watch highlights of England's draw with Ukraine in a World Cup qualifier from Wembley.

Watch live coverage of the World Cup qualifier between England and Ukraine, plus get a full preview, team news and prediction.

Watch highlights of England's victory over Moldova in their World Cup qualifier.

Watch live coverage as Italy travel to Bulgaria for their opening World Cup qualifier, plus a full preview, team news and prediction.

Watch live coverage as the Netherlands face Turkey in a 2014 World Cup qualifier, plus a full preview, team news and prediction.

Watch live coverage of England's opening World Cup qualifier, against Moldova, plus get a full preview, team news and prediction.

Demonoid Return Could Be Halted By Anti-Piracy Action

Demonoid could be making a comeback, but after the founder of the Pirate Bay was arrested, the BitTorrent site might not be as inclined to return.

When Gottfrid Svartholm was arrested in Cambodia, it signaled BitTorrent sites that governments around the world will continue to cooperate in the effort to stop online piracy -- something Demonoid, Megaupload.com, the Pirate Bay, and others already know.

Academic researchers out of Madrid have been able to determine the IP addresses and locations of the Pirate Bay users that upload most often to the site. This news comes after the arrest of the company's founder and increased pressure on the torrent site to shore up privacy.

Maria Montessori?s 142nd birthday has been commemorated by Google, with the search engine giant dedicating their daily doodle to the Italian physician. She was well known for her philosophical ideas and education methods, which bear her name and are used in schools throughout the world.

Is The Pirate Bay At Risk After Demonoid Shutdown?

In the wake of Demonoid's shutdown BitTorrent useres stiffened up when The Pirate Bay was taken down by a DDoS attack Wednesday.

The highest court in the Ukraine on Wednesday struck down former Prime Minister Yuliya Tymoshenko's appeal on her seven-year prison sentence.

Russia's agricultural ministry will meet Friday to discuss limiting wheat exports as the country's key Black Sea-producing region has been wilted by drought, but few believe it will repeat the total ban on exports it implemented in 2010 during similar drought conditions.

The domain names for Demonoid are no longer available for sale. Legal issues are keeping Sedo from allowing users to bid on the domains.

On Friday, three members of the Russian feminist punk band Pussy Riot were found guilty of "hooliganism motivated by religious hatred" after performing an anti-Putin song in a Moscow cathedral. In support of the band, a topless women's rights activist defiantly chopped down an Orthodox cross in Kiev, Ukraine.

Demand for gold by central banks and official sector institutions were more than double the level reported a year ago, as emerging market central banks continue to gobble up gold due to concerns about fiat currencies, such as the U.S. dollar and especially the euro, according to World Gold Council data released Thursday. 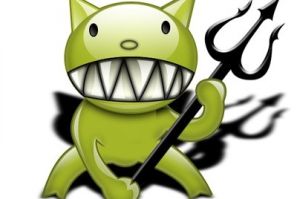 Demonoid Taken Down By Ukrainian Government; Domains For Sale

Demonoid is one of the most popular torrent sites, but its massive base of subscribers is without service after what originally appeared to be a DDoS attack has turned out to be a move by the Ukrainian government, possibly to appease the U.S. in its campaign against online piracy. 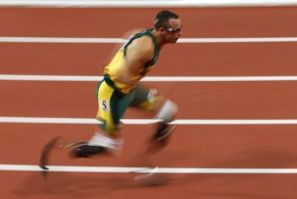 Oscar Pistorius, Michael Phelps and Usain Bolt helped make the 2012 Olympics one of the most memorable games in history. Here is a list of the best moments from London. 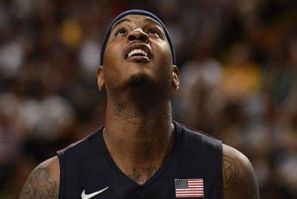 The men's basketball team earned a trip to the gold-medal match. 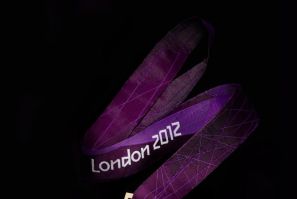 The 2012 Olympics medal count of shame is a list curated by the Wall Street Journal during the London Games which shows that though Britain has done stunningly well when it comes to bringing home gold, silver and bronze medals, its athletes have also had by far the most last, second-to-last and third-to-last performances of any nation this year. 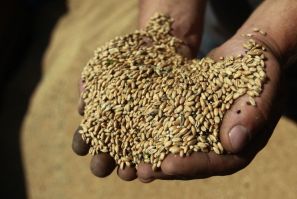 Russia's food security commission on Wednesday ruled out imposing a ban on grain exports, saying -- for now -- concerns that a serious drought will not cause one of the world's largest wheat producers to deliver a worldwide blow to the price of bread. 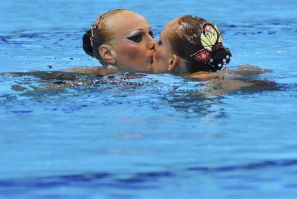 Ukrainian synchronized swimmers Daria Iushko And Kysenia Sydorenko caused quite a stir on Twitter Tuesday when the females engaged in a kiss after their finals routine at the London Olympics. 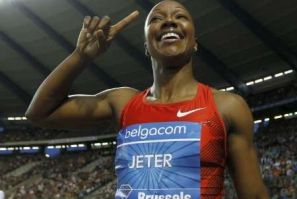