The job cuts come as Heineken saw a significant decrease in beer sales amid the pandemic as bars and restaurants closed globally.

Heineken To Cut 8,000 Jobs As Covid Takes Fizz Out Of Sales

Heineken to cut 8,000 jobs as Covid takes fizz out of sales

The change comes after Quaker Oats last year decided to drop the Aunt Jemima name, acknowledging that its origins are based on a racial stereotype.

Disney's Blue Sky Studios have felt the effects of the pandemic and will be closing its doors in April.

Denette Elizabeth Williams has been charged with endangering a child in connection with the incident that happened on Sept. 2 last year

The company said it expects to reduce the number of days taken to produce a batch of COVID-19 vaccines from 110 to around 60.

Apple ProRaw Reportedly Eats Up iPhone Storage, But There's An Easy Fix To Save On Space

Using the ProRaw feature, iPhones produce RAW quality photos, and images in this format come in much larger sizes.

"Final Fantasy XVI" was officially announced during the PS5 Showcase in September 2020.

Daniels was a guest on Cohen's podcast, "Mea Culpa."

WHO Classifies New Omicron COVID Variant As ‘Variant Of Concern’ 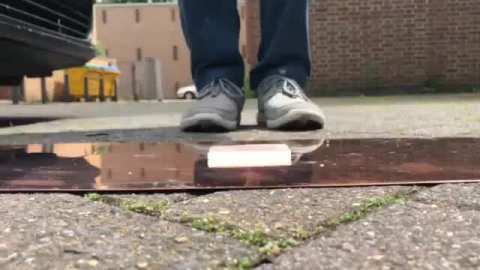 Watch: Super Jello Can Resist Being Run Over By a Car