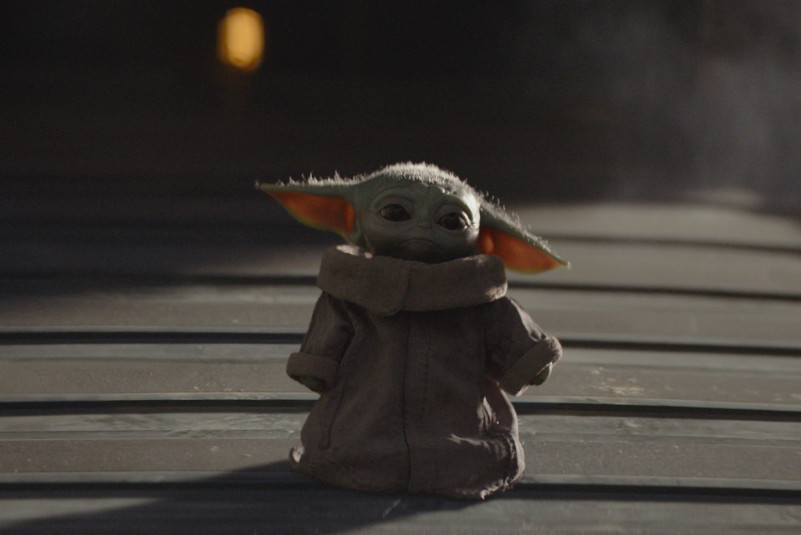 "The Mandalorian" Season 3 will premiere on Disney+ on March 1.

Six Comedy Films To Watch On Netflix, Hulu And Disney+ This Month

We rounded up the six best comedy movies that you can enjoy anytime this month.

Val Kilmer was forced to leave his role in the Disney+ series as a precautionary measure amid the COVID-19 pandemic.

The docuseries will be premiering in 2023.

Everything Coming To Disney+ In December – Here's The Full List

From "Diary of a Wimpy Kid: Rodrick Rules" to "National Treasure: Edge of History," here's everything you can watch in December on Disney+.

New Movies To Watch On Disney+, Netflix, Apple TV+ And In Theaters This Weekend

From "Hocus Pocus 2" to "Blonde," here's everything you can watch over the weekend.

Teresa Giudice Breaks Silence After 'Dancing With The Stars' Season 31 Elimination: 'Can't Wait To Come Back'

The reality star expressed her gratitude to everyone who supported her journey on the show.

"If you think you might be one of us, my advice is: turn away while you still can," a voice tells the 12-year-old boy.

From 'Pinocchio' To 'Hocus Pocus 2,' Here's Everything Coming To Disney+ In September

"Dancing with the Stars" season 31 is also coming to the streaming service this year.

Netflix Pains Are Disney Gains, For How Long?

Disney's gains can be attributed to Netflix's price hikes and blockbuster new films like "Dr. Strange" and "Black Panther."

Democrats expressed their anger at Hulu after the streaming service declined to run political advertisements targeting their Republican rivals on abortion and gun control ahead of the November midterms.

When Will 'Percy Jackson' Release? Producer Gives An Update On Disney+ Series

"Percy Jackson and the Olympians" writer and executive producer Rick Riordan has shared some information about the upcoming Disney+ series in a new blog post.

New Movies To Watch This Weekend On Netflix, Amazon Prime, Disney+ And In Theaters

From "The Gray Man" to "Paws of Fury: The Legend of Hank," here are new movies you can watch over the weekend.

‘Lilo & Stitch’ Live-Action Movie: Everything We Know So Far

The live-action film adaptation is in the works at Disney and has secured a director.

BTS Concert, 'Up Close And Personal' Documentary To Release On Disney Plus

A behind-the-scenes documentary series featuring the entire band is expected to debut next year.

A photo from the set of “Loki” Season 2 showed a fictional movie poster for Zaniac, who was first introduced in the “Thor” comic books.

Dove Cameron Gets Honest About Being A Disney Star: 'I Had Huge Impostor Syndrome'

The "Liv and Maddie" star said she felt like a "strange outlier who doesn't belong and who will never fit in."

A rep for Johnny Depp said the report claiming that the actor was offered more than $300 million to reprise his role as Captain Jack Sparrow is "made up."

Is Johnny Depp Returning To Disney’s ‘Pirates of the Caribbean’? Representative Addresses Rumor

A spokesperson for Johnny Depp addressed a rumor regarding the actor’s return to the “Pirates of the Caribbean” movie franchise.

What To Watch This Weekend On Netflix, Disney+, Hulu And In Theaters

From "Crimes of the Future" to "Hollywood Stargirl," here's a list of movies you can watch over the weekend.

Disney may ask Johnny Depp to reprise his "Pirates of the Caribbean" role amid the "huge appetite" for bringing back bankable Hollywood stars in popular franchises, according to a report.

What To Watch On Netflix, Disney+, And In Theaters This Weekend

From "Top Gun: Maverick" to "Stranger Things 4 : Vol 1," here's everything you can watch over the weekend.

What To Watch On Disney+, Netflix, Amazon Prime Video And In Theaters During Weekend

From "Chip n’ Dale: Rescue Rangers" to "Love, Death + Robots: Volume 3," here's everything you can watch over the weekend.

A new “Daredevil” series is in development at Disney+ years after Netflix’s version got canceled.

Eva Mendes previously said her criteria for projects have changed since she became a mom.

Ewan McGregor and his ex-wife Eve Mavrakis finalized their divorce in 2020.

Amid Conflict With DeSantis, Judge Says Disney World Should Move To Texas

Following legislation that was signed into law by Governor Ron DeSantis that removed Walt Disney world’s special district status, experts warn that Florida taxpayers could be on the hook to cover expenses from the theme park.

Johnny Depp will never return to the "Pirates of the Caribbean" franchise even if Disney will offer him the role again.

After barely a month of existence, CNN announced that its streaming service CNN+ will be coming to an end.
About Disney+