Co-founder and General Partner at TMV 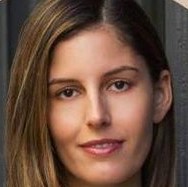 Soraya Darabi is an experienced entrepreneur and investor; the Founder of TMV, a successful early-stage holding company overseeing two venture funds and three investment vehicles all focused on ideas that will transform industries and inspire new ones. At TMV, Soraya serves as general partner where she leads impact investments across the future of work, healthcare and education technology.

Earlier in her career, Soraya served as the Manager of Digital Partnerships & Social Media at The New York Times, where she activated ground-breaking partnerships, established award-winning campaigns and spearheaded the positioning of the global media and news leader across social networks.

In 2009, she co-founded Foodspotting, named “App of the Year” by both Apple and Wired (later acquired by OpenTable, then Priceline).

Continuing her passion for creating innovative, mission-driven brands that change the way we live, Soraya co-founded a venture-backed start-up that helped facilitate the slow-manufacturing movement by demanding honesty and quality across supply chains.

Over the years, she has been named one of Fast Company’s “100 Most Creative People in Business” for which she was featured on the cover of the magazine. She has also been featured on the cover of Brand Week’s “Digital Best” issue. Other honors include being named an Inc. Magazine "30 Under 30" (2012), Fortune Magazine’s "40 Under 40: Women to Watch" (2015).

Soraya sat on the first digital advisory board of General Electric, is a World Economic Forum "Young Global Leader," and a six-time mentor to TechStars New York for which she’s been named a three-time "Mentor of the Year." A published journalist, Soraya has served as a pundit for ABC News and has appeared as a guest and subject matter expert on business networks like CNBC, CNN and Fox. She has also given keynote talks on innovation at work in over 15 countries as a result of her 12-year partnership with the American Program Bureau.

She is the host of "Business Schooled - a Podcast by Synchrony," a "Top 20 Business Podcast" where she interviews persevering founders who have made it past their startup days and reached new heights of success.

Why We Chose Her:
Even though we said this month’s article was not about the rich versus the poor, the availability of funds is, obviously, a real issue, and Soraya Darabi and Marina Hadjipateras are devoting their lives and their companies to making sure that other like-minded Social Capital CEOs and founders have access to the money they need to get their great ideas off the ground -- because the consumer demand is there, if you can find the resources to get the ball rolling.

Or, as they put it, “We invest in purposeful startups reimagining the future … We are in the middle of a profound cultural sea change. Long gone are the days where hype and marketing jive alone will triumph.”

Incidentally, that’s incredibly coincident with the sentiment in our Social Capital feature last November all about marketing over meaning.

Soraya and Marina’s early-stage venture capital fund, TMV, invests in mission-driven businesses and founders who reflect the remarkable diversity of founders and noble ideas they see possible in our world. With $45 million assets under management, TMV's investments reflect a portfolio that’s 65% women- and minority-owned, pointing to the team's continued commitment to investing in diverse companies, not because of a mandate but because it’s simply good business. At the same time, their focus on sustainability and positively impacting the environment is rooted in the simple belief that, as Marina bluntly states, “We only have one earth.”

But well beyond those big-blanket ideas, they get down deep into the nitty-gritty of how to help people -- and especially right now, focusing much of their energy on supporting companies that improve health and well-being: Parsley Health is a primary care site that focuses on overall health, not just treating current disease. Goodr focuses on alleviating hunger through logistical management. Thryve is the world's first company built around a gut health program with personalized probiotics testing. Avaline brings the importance and purity of organics to the mainstream wine market. Kindbody is focused on women’s health, fertility, and overall wellness. Avalow provides consumers with a whole program for growing a real food-producing garden at home, empowering you to eat fresh healthy food that you have grown every day of your life.

The list goes on of literally dozens of companies that are setting out to lead people to access to a better life at a time when we need more help than ever.

Soraya launched her career as an intern at The Washington Post then moved to Conde Nast, before landing at The New York Times. But very early in her career, she became determined to help others, and to get others to do the same by bringing attention to important issues. A tragedy in early 2013 that killed 400 Bangladesh garment workers drew new attention to working conditions in the garment industry and Soraya was inspired to create a solution -- a new company she co-founded then called Zady that enabled consumers to purchase beautiful products made by talented artisans, and to know exactly where those products were coming from and how they were produced. “The fast-fashion frenzy has come at the cost of the quality of clothing and fair working conditions for factory workers. We see it over and over again in factory disasters around the world,” Soraya explained at the time. “People care about where their clothes come from, and they want to know the story behind the label.”

After her experience creating and building Zady, Soraya became immersed in the world of venture capitalists and tech founders, investing in companies that were interesting, audacious, non-obvious, and, most of all, impactful, ultimately setting her on the path to where she is today as the co-founder of TMV.

Marina began her career in maritime shipping, working for her family’s 200-year-old business. She credits much of her drive in business to her Greek grandmother, a pioneer and one of the first and only women to rise through the ranks of a male-dominated industry, who mentored her from her early years.

To understand better how to innovate in the age-old industry of shipping, she needed to know more about the real workings of it, so, incredibly, she entered the United States Merchant Marine Academy after graduating from Georgetown, earned her “STCW Certificate” and then moved to South Korea to get hands-on experience. “I learned how to put out fires both literally and figuratively, worked in the engine room, connected with the community of crew members, and watched how ships were actually built,” she relates. “It was in Korea that I began to fundamentally understand how the disparate elements of the business work together; it was the most meaningful crash course I could ever have experienced, and it enabled me to help take my family’s company, Dorian LPG, public on the NYSE.”

And that’s exactly what she did, landing in New York to lead in-house investor relations and help support the Dorian LPG IPO. It was at that point that Marina began to see a critical need to bridge the gap between heritage industries and new technology and, more importantly, new ideas, ultimately leading her into first investing and then venture capital. Marina launched Dorian’s Family Office, and reconnected with Soraya, whom she knew from their undergraduate days at Georgetown University.

Since founding TMV in 2016, Soraya and Marina are continuing to build a steadfast portfolio of pioneering startups that are changing the world as we know it. The duo also helped create Transact Global two years ago, which is a peer-led organization of emerging female managers dedicated to supporting each other with introductions, deal flow, best practices, and lessons learned on all things related to fundraising and fund management. “We are now among the largest groups of emerging fund managers globally, and growing each and every day,” says Soraya. “It’s a community, a resource, and an opportunity for all of us to grow together and win.”

To aspiring entrepreneurs, Soraya advises, “Remain confident in your idea. Many will tell you it's no good, it won’t work out. Perseverance and determination are 90% of success. Forge ahead with your passion and your dream!”

Expressing the positive view of the future that we believe is an indispensable component of improving the world in terms of Social Capital, Marina says, “While nothing is ever guaranteed and although things can shift on a dime, as an investor I’m keenly aware of promising changes on the horizon when it comes to innovation and ideas that will move us forward.”

In this exclusive Social Capital Q and A, TMV CEO Soraya Darabi candidly shares her passion for investing in purposeful startups that transform the way we live and work. Her own varied workforce history informs her ability to assess and interact with star