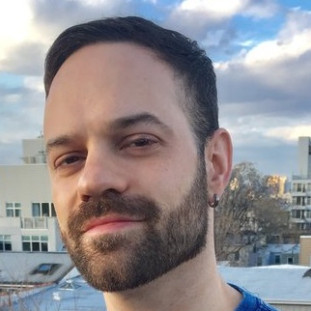 Behind The Tax Cut: Records Reveal The Donors Republicans Fear

GOP members of Congress are feeling intense pressure from major donors to pass a tax cut bill for President Donald Trump to sign into law.

One year after Hillary Clinton lost the 2016 presidential election, the Clinton Foundation has wound down a major initiative and is trying to revive its fundraising operation.

Koch Brothers Come To The Aid Of Their Man In Virginia, Ed Gillespie

Did Obama’s Stimulus Hurt The Planet? How Trump Could Revive Homegrown Solar

The man who introduced newly indicted Trump campaign manager Paul Manafort to Team Trump is a real estate billionaire and one of the president’s best friends.

Vocational Education May Be Better Strategy Than College For Many Americans: Study

US Treasury Cites Koch-Funded Research In Critique Of Consumer Protections

In its blistering critique of the Consumer Financial Protection Bureau, the U.S. Treasury cited the work of an academic whose career has benefited from years of funding from the billionaire Koch brothers.

As the political influence of wealthy Americans and corporations continues to grow, communities are fighting back with public financing programs at the state and local level.

The Koch Brothers Want A Tax Cut. Pence Is Ready To Help

Relying on the libertarian billionaires’ support is nothing new for the vice president. Now Mike Pence and the Koch brothers are working together to pass tax cuts for the wealthiest Americans.

Bernie Sanders Courts Black Allies In The South, Ahead Of Possible 2020 Run

In advance of a possible 2020 White House run, Sen. Bernie Sanders seems determined to fix a problem that may have cost him the 2016 Democratic nomination.

A bill before Congress would make silencers easier to purchase, even as critics warn that it could make mass shootings more lethal. The largest manufacturer of silencers in the U.S. donated heavily to the Republican Party in 2016.

Who Is Lobbying On Key Provisions Of Trump’s Tax Plan?

Reports from the first half of 2017 show corporations and special-interest groups weighing in on key provisions of Trump’s new tax framework.

Democrats Fought For 25 Years Over Single-Payer. Now Many Back Medicare-For-All

After Harvey, Democrats See Opportunity In A Conservative District

Two Texas Democrats are running for Congress in a “safe” Republican district. Will the environmental impact of Hurricane Harvey improve their chance to win?

The credit reporting company that exposed 143 million people's private data to hackers has lobbied for the right to block consumers from suing.

Seven members of local law enforcement and the fire department who responded to explosions at an Arkema chemical plant in the Houston area are suing the company, alleging that it failed to properly inform them of the dangers of toxic fumes they faced.

Hurricane Irma closes in on the coast of Florida — a state where officials banned the terms “climate change,” “global warming” and “sea-level rise.”

A former top official from the Chemical Safety Board says the crisis at a Houston plant could have been prevented if the plant owner's lobbying group hadn't fought the board's work.

Arkema, the company that owns a Texas chemical plant that spewed “noxious” smoke Thursday, successfully lobbied to delay the enactment of plant safety rules — regulations that would've gone into effect five months ago.

After the deadly white nationalist rally in Charlottesville, companies are severing ties with racist and anti-Semitic websites, removing their ads or online infrastructure.

Who Is Lobbying Mike Pence And Why? Health Insurers and Big Oil Seek To Influence Vice President

The super PAC affiliated with Mitch McConnell is pouring cash from the finance and fossil fuel industries into a Senate Republican primary race in Alabama, backing candidate Luther Strange.

Fossil fuel and pharmaceutical donations flooded into a super PAC that boosts state legislative elections. That could help the GOP counter the unpopularity of the Trump administration and keep control of state governments.

A new Congressional Budget Office analysis shows that a bill introduced by Sanders and Senate Democrats allowing foreign drug imports would save the federal government $6 billion. But other Democrats aren't onboard.

To the fury of progressives, the Democratic congressional campaign group is relying on the party’s conservative wing and Wall Street money to help win back the U.S. House.

The U.S. stock market has seen a major boom since Donald Trump was elected, with the private prison, defense, finance and materials industries making big gains. Gun manufacturers and coal companies, however, have seen better days.

The California senator — in the spotlight thanks to her sharp interrogations of Jeff Sessions and other officials — met with major Democratic fundraisers last weekend.

GSK on Wednesday beat fourth-quarter profit and sales forecasts helped by sales of its blockbuster shingles vaccine Shingrix and unveiled an upbeat forecast for 2023.

Shares in Indian tycoon Gautam Adani's conglomerate plunged again on Wednesday as a rout in his companies deepened to $84 billion in the wake of a U.S.

NATO Secretary-General Jens Stoltenberg on Wednesday stressed the importance of NATO's working closely with partners in the Indo-Pacific, saying Europe could not ignore what happens in East Asia because the global security is interconnected.

Cops Who Had Wild Sexcapades With Each Other Reveal Scandal Details: Report

President Joe Biden and Republican House Speaker Kevin McCarthy are set to discuss the nation's $31.4 trillion debt ceiling on Wednesday, a meeting that will give a first sign of how the two will work together, or fail to, in a divided Washington.

Trump's Fundraising For Presidential Bid Gets Off To Modest Start

Josh Duhamel had nothing but good words to say about Katherine Heigl, with whom he co-starred in "Life As We Know It"

Jinger Duggar Speaks About Having 3rd Baby, Raising Kids Out Of Public Eye

Jinger Duggar said she is not sure if she and husband Jeremy Vuolo will have another child, but they are also not closing the door on it.