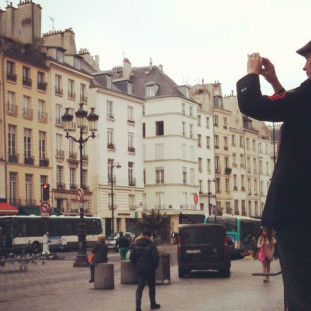 Christopher Zara is the deputy editor of media and culture. He joined IBT in June 2012. He was previously managing editor of Show Business, a magazine for New York City's performing arts industry. His writing has also appeared in the Independent, Salon, Newsweek, Mental Floss, Emmy magazine and elsewhere. Zara’s book "Tortured Artists" was released in 2012 by F+W Media and internationally by Burda Publishing in 2015. Email him at c.zara@ibtimes.com.

Is Your Airbnb Legal? 5 US Cities Struggling With Home-Sharing Regulations, From NYC To Austin

Could a “Texit” occur? The U.K.’s divorce from the European Union has emboldened a long-festering Texas secessionist movement in the United States.

Angry viewers have been sounding off on social media amid the satellite TV company’s latest carriage dispute.

Tony Awards Ratings: Why Young Viewers Typically Tune Out, And How ‘Hamilton’ Could Change That In 2016

Thousands of dogs are reportedly killed each year for a festival in southern China despite a global campaign to stop it.

No, Opioid Overdoses Are Not The Leading Cause Of Preventable Death In America

The network agreed to update stories in which Dr. Sanjay Gupta mistakenly referred to prescription drug overdoses as the leading cause of preventable death.

The preferences of viewers nostalgic for the Reagan era have been cast aside recently as the network opts instead to cover breaking news.

The publicity-averse actor behind “The Brown Bunny” is suing Facebook over a profile he says has hijacked his identity.

In a major change to its format, Twitter will reportedly no longer count links or photos toward the 140-character limit.

The TV spot in which Carly Fiorina introduced herself as Ted Cruz’s running mate had the most negative impact of any campaign ad this year, a study found.

An effort to convince the awards to recognize music released for free is gaining traction.

As newsstand sales drop, publishers are offering deep discounts to compensate. They may be making matters worse.

Many blame Formosa Plastics for tons of fish piling up along the nation’s coast. Some critics want famed environmental crusader Erin Brockovich to get involved.

The paper of record said Tuesday it will close production facilities in France, but the news bureau will remain intact.

The Philadelphia cable giant is expected to add pay-TV subscribers for the second consecutive quarter.

The parent company of USA Today said Monday it wants to purchase Tribune Publishing for $815 million.

How Prince Fought The Music Industry And The Internet: A Career Fraught With Legal Battles For Control

Fiercely protective of his music, the Purple One waged legal battles throughout his career. Were they just good business?

The annoying hassle of having to switch between devices could soon get a little easier with over-the-air integration.

Lin-Manuel Miranda’s hip-hop retelling of America’s founding became the first musical to win a Pulitzer since 2010.

Netflix Inc (NFLX) Q1 2016 Earnings Preview: Global Subscribers Soar, But The ‘Daredevil’ Is In The Details

The video-streaming giant is expected to report a huge jump in international subscribers Monday thanks to a major push into new territories.

How To Avoid Netflix Price Hikes In 2016: Pare Down Or Punch Out

The streaming video giant led by CEO Reed Hastings is finally raising prices on longtime subscribers, but it offers a lower-tier plan.

Where Are The Panama Papers? Governments May Pester Amazon, But Good Luck Getting In

The Seattle tech giant reportedly is hosting leaked data, but getting at the information won’t be easy for law enforcement.

Updates to Airbnb’s terms of service expand its privacy provisions and strengthen its ability to mitigate legal disputes.

Privacy groups say their warnings about the potential abuses of face-recognition technology are not being heard.

Cord-Cutting Is Painful, But Disney And Viacom May Face Bigger Threat From Skinny Cable Bundles

“Cord-shaving” is a growing trend in pay TV, and some of the most popular networks face the biggest threat.

The publication said Thursday it will cut 250 jobs, including 100 editorial positions, in order to break even.