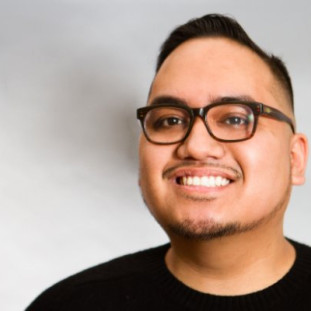 Luke Villapaz is a Technology Reporter at the International Business Times. He comes from a diverse media background working freelance in production and photography. When not chasing after stories, he's often gaming or taking snapshots of just about anything.

MacBook Pro 2016 Features: 5 Things We Want To See In Apple Inc.’s Next Wave Of Notebooks

Apple’s 15-inch MacBook Pro last saw a redesign in 2012 and is could be due for a revamp.

But it may not be enough to prevent the tech giant from seeing iPhone sales decline for the first year ever.

AT&T Rolls Out International Wi-Fi Calling To US For Apple Inc. iPhones On iOS 9.3

Customers of the wireless carrier can now make calls over a broadband connection without additional charges.

How To Preorder iPhone SE: When And Where To Purchase Apple Inc.’s 4-Inch Smartphone

Here’s what to do to be among the first to get their hands on Apple’s new 4-inch device.

iPhone SE Is Cheaper In The US, But Apple Inc. International Customers Will Pay A Premium

International customers buying the 4-inch smartphone can expect to pay a premium anywhere up to $186.

Apple Inc. Makes The Case For Smaller iPhone And Greater Need For Privacy

At its product event Monday, CEO Tim Cook's company took every opportunity to remind customers of the steps it takes to protect their most personal data.

Despite its smaller size, the 9.7-inch tablet packs many of the same features as its larger sibling.

The handset announced Monday replaces the similarly sized iPhone 5S, which first went on sale in 2013, but adds features comparable to the larger iPhone 6S.

From iPhones to iPads, Apple is set to unveil a new wave of products for 2016.

After a four-month investigation into a classroom remark, Andrea Quenette was found not to be in violation of the school’s nondiscrimination policy.

Until now, the service was allowed to offer its Cuban listings only to travelers from the U.S.

Tighter security on iOS could come as Apple is expected to battle the FBI over encryption in court on Tuesday.

The postponement comes one day after a suicide bomber killed four in Istanbul's shopping district.

iPhone SE ‘Let Us Loop You In’ Event Preview: What To Expect From Apple Inc. On March 21

The star of the show is likely to be a 4-inch smartphone that will replace Apple's iPhone 5S, first sold in 2013.

Tim Cook argued in a report published Thursday that the tech company was blindsided by the agency's demand that it unlock a gunman's smartphone.

The phone is expected to come with a number of features such as an upgraded camera, faster chip and Apple Pay.

The denser chip designs could be used to pack more power into a smaller package.

The drawback is it may not be able to help customers regain access if they forget a password.

Apple Inc. Fires Back At FBI, Says Centuries-Old All Writs Act Is Not ‘All Powerful Magic Wand’

The iPhone maker maintained Tuesday that authorities had overreached in an order to unlock a smartphone.

Despite lofty expectations, the devices haven't sold nearly as well as initially expected.

App Stores in countries outside of the U.S. were incorrectly listing apps on category pages.

In its latest court filing, the Justice Department maintains that the iPhone encryption case is not about all of the tech company's smartphones, just one.

Apple suggests the invention could be used in a number of events, such as a car crash, bike accident or heart attack.

Apple Inc. Faces iPhone Slowdown In China While Losing Ground To Android In US

However, the iPhone maker still led the market there, while losing ground to Android phones in the U.S.

For its next smartphone, Apple may be thinking about bigger displays that would rival Samsung's.

Galaxy S7 Reviews: The 5 Biggest Problems With Samsung’s Answer To The iPhone 6S

While the South Korean company's Android device is a beauty to look at, reviewers say it falls short in several aspects of day-to-day use.

The plan expected to be announced Tuesday is part of a $2 billion overhaul of the FCC’s Lifeline plan.

German Chancellor Olaf Scholz sought to drum up support for Ukraine during his first South American tour although differences with his hosts emerged, with Argentine President Alberto Fernandez declaring the region was not planning on sending weapons.

Most Adani group shares extended their sharp falls to Monday as a detailed rebuttal of a U.S.

One of the execs who will leave is Oscar-nominated producer Ben Browning, who oversaw the couple's Netflix docuseries, "Harry & Meghan."

"My son, Brandon Smiley, has passed away this morning," Rickey Smiley said in the video shared on Instagram.