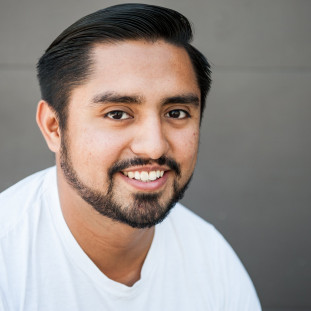 Salvador Rodriguez is the Silicon Valley Correspondent for the International Business Times, focused on covering Google, Apple, Yahoo and diversity within the tech industry. Previously, Rodriguez was the lead tech blogger and gadget reviewer for the Los Angeles Times. He has also interned with the New York Times in Arizona, the Arizona Republic and the Houston Chronicle. Rodriguez was born in Mexico, raised in Texas and earned his journalism degrees at Arizona State University. One of his special skills is the ability to name all the Super Bowl winners in order from memory.

Brussels Attacks Increase Pressure For Congress To Act On Encryption

Tuesday’s bombings in Belgium have U.S. lawmakers calling for new surveillance legislation. But the tech industry has urged a measured approach.

The Justice Department said Monday it may have found a way to break into a locked iPhone without Apple's help.

The tech giant is looking to sell Boston Dynamics, the unit that became a YouTube darling for its human- and animal-like creations.

Compensation of male and female software engineers can differ by as much as $10,000 annually, a study found. But some companies are attempting to bridge the gap.

In its filing expected Thursday regarding access to the iPhone of the San Bernardino shooter, the FBI is likely to argue that Apple has unlocked other iPhones in the past.

A federal judge previously declined to issue an order forcing Apple to unlock a smartphone linked to a drug case.

Prime Minister Robert Fico, who campaigned on an anti-immigrant platform, failed to lead his Smer-Social Democracy party to a majority, an exit poll suggested.

Tesla Motors Inc.’s first car targeted at the mass market, the Model 3 will be unveiled March 31.

Amazon.com Inc. will bring back an encryption feature to its Kindle Fire tablet after the company was torched by numerous user complaints.

Apple’s chief competitors are becoming invaluable allies in the iPhone maker’s showdown with the FBI.

Women’s Representation In Tech Has Increased, But Growth Is Beginning To Slow

The tech industry’s year-to-year growth for women’s representation actually peaked in 2013, a data analysis has found.

Apple, represented in its dispute with the FBI by General Counsel Bruce Sewell, is outspent in D.C. by just about every other large tech company.

Apple: By Going To Court, FBI Cut Off America’s Debate On Encryption

FBI Director James Comey faced a skeptical House Judiciary Committee Tuesday as he made his case that Apple should comply with a court order to unlock an iPhone belonging to a San Bernardino shooter.

As Apple-FBI Showdown Looms, Attorney General To Advocate For Cooperation Between Tech And Law Enforcement

U.S. Attorney General Loretta Lynch on Tuesday is expected to ask Washington and Silicon Valley to work together.

A federal judge said a 1789 law cannot be used to force Apple to unlock the iPhone of a suspected drug trafficker.

Major tech companies have been publicly backing Apple in its dispute with the FBI, but some privately wish they weren’t going to the mat for the dead San Bernardino shooter’s iPhone.

Meanwhile, in an interview with ABC News, Tim Cook said fighting against entry into people's smartphones was the right thing to do.

Lawmakers are looking to create a “crypto commission” of leaders from tech and law enforcement to deal with security matters.

Apple was ordered to create software to let investigators unlock the iPhone of Syed Farook, one of the San Bernardino terrorists. Now the debate over whether to comply heads to Washington.

Apple Inc. CEO Tim Cook and FBI Director James Comey have been invited to testify on encryption technology by the U.S. House Energy and Commerce Committee.

A proposal by the chairman of the Senate Intelligence Committee would penalize companies that fail to comply with court orders to decipher messages.

With Yahoo's core business now on the verge of being sold, Tumblr is turning its attention back to advertising.

Silicon Valley Backs Apple On Privacy, So Why Are Google, Facebook, Microsoft Being So Quiet About It?

Google CEO Sundar Pichai voiced support for Apple's stance against government backdoors, but not for 24 hours.

Despite hiring thousands of minority laborers, the e-commerce and media giant hired only a few hundred for office roles, a report says.

Of 10 schools that promised President Obama they'd detail the success of their programs in helping students land jobs, only one has come through.

The bundles, which start at $1,499, include Dell, ASUS or Alienware PCs.

After negotiating his company's acquisition by Verizon in 2015, unit CEO Tim Armstrong will now try to broker a takeover of Yahoo.