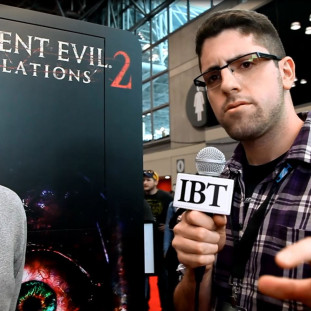 Video guy, on-air personality. Ambitious, but not rubbish. CUNY J-School alum and fan of all things that go vroom.

If there was one vehicle that embodies the spirit of America better than any other, it’s probably the Ford F-150. So, what happens if you take that slab of 100% American Freedom and send it to the gym?

Ford revealed the 2018 Mustang, the current car's mid-cycle refresh. The Mustang has been given an aesthetic overhaul, but it's also gained some mechanical options like magnetic suspension and a 10 speed automatic transmission. The V6 engine is dropped, leaving the 2.3L Ecoboost and 5.0L V8 as the engine options. Both have been given more power for 2018.For our review of the original sixth generation Mustang, click here.

Would You Eat Maggot Infested Cheese From Italy? Watch How Casu Marzu Is Made [VIDEO]

The rotten cheese made in Sardinia is usually served and eaten while the live maggots are still writhing around.

Bangladeshi police said several foreigners were among those held hostage and said an operation would start "soon" to rescue them.

Car manufacturers are moving toward hybrid and electric vehicles, and just about every company is getting on the “green” road.

Chevrolet unveiled their brand new, all-electric vehicle at CES 2016 -- the Bolt. So what's it like to drive?

2016 Cadillac CTS-V Review: Is This The Car To Make Cadillac Great Again? [VIDEO]

Can the most powerful car Cadillac has ever built change the automaker's image?

Are Hoverboards Safe? How To Avoid Tickets, Fires And Broken Bones While Riding Hottest Christmas Toy Of 2015

Spontaneous fires, injuries and local laws have not stopped hoverboard sales. Here are seven tips to use one safely.

Nintendo: With The WiiU On The Way Out And A Tiny Holiday Games Lineup, All Bets Are On The NX

Whatever Nintendo’s cooking, the WiiU doesn’t look like it’ll be given much space on the menu for much longer.

Castrol says an oil change and filter service with the Nexcel takes less than a tenth of the current time. And it's much cleaner.

In a galaxy far, far away, you're going to do battle with the Empire. Be prepared.

"Star Wars Battlefront" is the ironed and polished game that the last two Battlefields should have been. It’s mostly competent, if a bit...sterile.

Fallout 4: Here Are The 7 Dumbest Ways To Die

Fallout 4 is one of those games where you can die at any time, even if you’re a seasoned player. Here are some of the sillier methods of deaths you should avoid.

"Fallout 4" is a huge and challenging game, something veterans of the series are celebrating. But if you’re new to the wasteland, you may find yourself lost.

"Fallout 4" appears to have everything people loved about "Fallout 3" and "Fallout: New Vegas." Whether that’s objectively a good thing is a separate matter.

The reborn Need For Speed may not be perfect, but it's most of what fans have been starving for: It's essentially Need For Speed: Underground 3.

Overwatch is Blizzard’s first truly original game since the days of the Super Nintendo is generating a monumental amount of buzz now that its beta has a release date.

Electronic Arts announced the season pass for Star Wars Battlefront, and at $50 it's nearly as expensive as the game itself.

The "Star Wars Battlefront" beta version is certainly technically solid, but Electronic Arts has some balancing work to do before the full version actually ships in November.

Is 'Uncharted 4' Beta Worth $60? What You Actually Pay For In The 'Uncharted Collection'

Sony Computer Entertainment's "Uncharted Collection" is a great way to jump into the world of treasure hunter Nathan Drake, but it comes at a price.

But it may not matter because its mobile ecosystem of apps and services lags well behind Apple and Android.

The U.S.-built car has presence. It doesn’t have the personality of a German car, but that’s a good thing.

The Nissan Altima is the brand's best-selling vehicle in the U.S., and the restyled model will need to continue the trend to keep the Japanese automaker competitive.

Volkswagen’s Diesel Scandal Explained In 90 Seconds: Everything You Need To Know [VIDEO]

Volkswagen is the champion of small diesel engines in the U.S., but a scandal like this could deal a serious blow to the company's image.

Take a Japanese RPG and mix it with a rhythm and dance game, and you get one of the stranger games to come to Western shores in years -- Persona 4: Dancing All Night.

With its ultra-cheap new Fire tablet, Amazon looks to the inexpensive tablet market. At $50, it severely undercuts even the cheapest offerings from established names like Samsung -- but can it work?

Some of the best current and upcoming new entrants could give Apple's flagship some tough competition.

The Bicycle Making Its Way Through Bogota's Hellish Traffic

The stridently pro-Kremlin editor of Russia's state-run RT news channel expressed anger on Saturday that enlistment officers were sending call-up papers to the wrong men, as frustration about a military mobilisation grew across Russia.

Rape Victim Was Jailed Until She Testified Against Her Rapist, Lawyer Says

The 20-year-old woman was jailed for nine days after prosecutors asked that she be held as a "material witness" to ensure her appearance in court.

U.S. Senator Joe Manchin on Friday warned that bipartisan opposition to his bill to overhaul energy permitting could derail his plan to attach it to temporary spending legislation and pass it by the end of the month.

Best TV Shows That Caught The Interest Of Global Audience

From "Game Of Thrones" to "Friends," here's everything you should check out.

Meghan Markle allegedly threatened to break up with Prince Harry if he didn't publicly announce she was his girlfriend, according to a new book.

Meghan Markle Complained About 'Not Getting Paid' For 2018 Royal Tour: Book