Fall Fashion 2020 Trends: Outfit And Accessories For Men This Year

Now that the collections have started to hit the shelves, we've listed some of our favorite pieces that focus on sustainability, comfort and style.

With No Live Audiences, NY Fashion Week Tries To Support US Designers

With no live audiences, NY Fashion Week tries to support US designers

Gigi Hadid Was Already 'A Few Months Preggo' In February

Gigi Hadid was strutting the fashion show runways while pregnant.

Irina Shayk has been busy with multiple fashion shows and after-parties.

Kendall Jenner stunned everyone by unveiling her new look at London Fashion Week.

The British fashion industry contributes ÃÂ£32 billion to the British economy and employs nearly 900,000 people, according to the BFC

Brazilian Model Dies After He Collapses On Catwalk

The audience initially thought it was part of the show but when Soares did not move for a few seconds, people rushed to the stage to his aid.

The tabloid built the story on a single sighting of Justin Theroux and Laura Harrier strolling down the street of Paris in the recent past.

Model With Down Syndrome Participates In New York Fashion Week

Clothes and accessories from top designers including Dolce & Gabbana sailed down the runway, hanging from a drone.

The change comes after complaints from models.

‘Riverdale’ Star Lili Reinhart Opens Up About Battle With Anxiety

Lili Reinhart is in a much better place in her life since landing a role in “Riverdale.”

How Much Money Does New York Fashion Week Make?

Jim Carrey's statements in his recent interview with E! News were rambling. 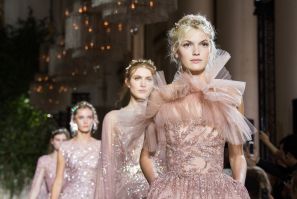 The ban is to help support the health and well-being of models. 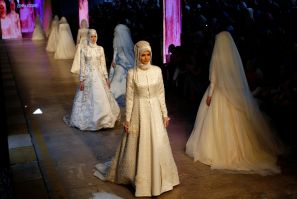 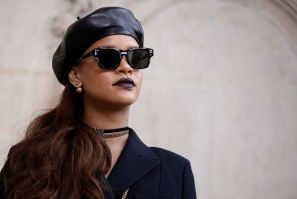 Everything You Need To Know About Rihanna's Latest Collection Drop

How to get your hands on a piece of the Fenty x Puma by Rihanna spring 2017 collection. 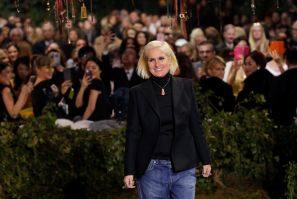 Dior To Open String Of Pop-Ups And Partners With Rihanna

The luxury fashion brand is set to rollout a number of new initiatives aimed at promoting Chiuri’s first ready-to-wear collection for Dior. 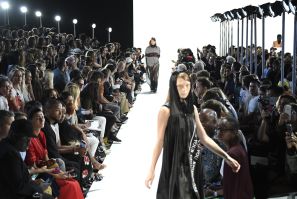 Hood By Air Bows Out Of PFW 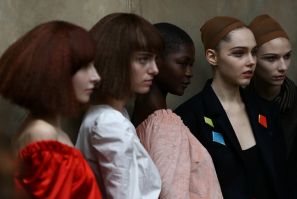 Here's What You Missed At London Fashion Week

From Versace to Burberry, these were some of the top brands featured at London Fashion Week. 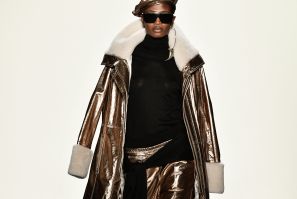 How Luxury Brand Nicholas K. Is Creating The Future Of Sustainable Fashion

With New York Fashion Week coinciding with the first month of a new presidential administration, one luxury brand is making a serious statement and a case for sustainable fashion.
Latest news
How To Participate In NYFW From The Comfort Of Your Couch
The Complete NYFW: Women's Schedule
Ricardo Tisci Exits Givenchy
Top Designers Dominate Paris Fashion Week
What Shoppers Could Expect Ahead Of Kylie Jenner Pop-Up Opening
EDITOR'S PICK