TABN AMRO is a Dutch bank, currently owned by RFS Holdings B.V., a consortium of Royal Bank of Scotland Group, the Government of the Netherlands, and Banco Santander. The bank was created as the result of the 1990-91 merger between Amsterdam-Rotterdam (AMRO) Bank and ABN, whose history dated back to the founding of the Nederlandsche Handel-Maatschappij in 1824.

Between 1991 and 2007, ABN AMRO was one of the largest banks in Europe and had operations in about 63 countries around the world.

In the biggest banking takeover in history, a consortium comprising RBS, Fortis, and Banco Santander acquired ABN AMRO in 2007.

Due to the 2008 financial crisis, the Dutch government nationalised the divisions owned by Fortis, while the UK government is now in effective control over the divisions allocated to RBS due to its financial bail-out of the Scottish bank. The process of integrating some of ABN AMRO's divisions into the new owners, and divesting others, continues.

The shares tumbled after a terse company statement

US Will Reach Deal With China But Strategic Competition Will Continue

ABN Amro senior economist Arjen van Dijkhuizen said the slowdown in Chinese trade growth is bottoming out and the country’s economy will start stabilizing from Q2 2019.

Turkey’s central bank will prefer to watch October and November inflation before making a call on hiking rates in December, ABN Amro economist.

Trump Tariffs Yet To Sting China

The Dutch lender reported a 32 percent yearly drop in fourth-quarter net profit, as regulatory costs rose to $247 million from $101.2 million a year ago.

ABN Amro Heads Back To The Market With $17.8B Valuation

The bank's Friday listing is the largest European bank IPO since the 2008 financial crisis.

Royal Bank of Scotland is winding down its Greek operation and putting its $5 billion shipping loans portfolio up for sale as the group scales back non-core activities, sources said, according to an exclusive Reuters report.

The CCS blocked a takeover for the first time because the deal would result in a "substantial lessening of competition."

Some economists said the impact of certain tax hikes a year ago could have led to the eurozone core figure dropping.

Oil Sinks Below $63 To Lowest In Over 5 Years On Glut, Weak Demand

Brent is down roughly 9 percent this week, some 45 percent below its June peak above $115 per barrel.

The lender says the job reductions are part of efforts to restructure its retail division's head office and customer-facing positions remain.

S&P Roughed Up Down Under

Deutsche Bank AG (NYSE: DB), Germany's largest bank, is being investigated by U.S. officials over ties to Iran and Sudan. 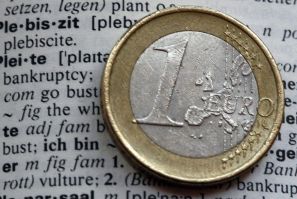 Investors on Wednesday eagerly snatched up a new two-year German bond with a zero-percent coupon, meaning investors were willing to pay to loan money to Europe's strongest economy when expected inflation is factored in. The yield ended at 0.07 percent. 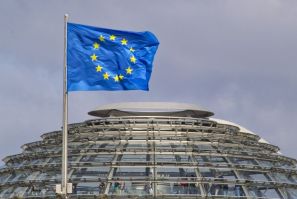 Stronger-than-expected growth in Germany helped the euro area avoid its second recession in three years at the start of 2012 but stagnation in France and contraction in southern Europe underlined the huge economic disparities across the single currency bloc.

The euro zone just avoided recession in early 2012, but the region's debt crisis sapped the life out of the French and Italian economies and widened a split with paymaster Germany. 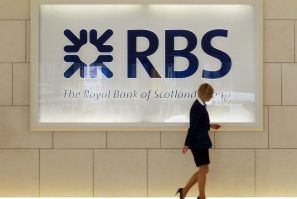 The part-nationalized bank is expected to make the announcement on Friday during its first-quarter update, where it will also announce pre-tax losses of under £50 million, down from losses of £106 million this time last year. 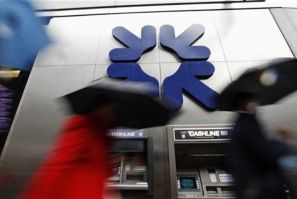 The British government has been in talks with Abu Dhabi's cash-rich sovereign wealth funds to sell a large portion of its 82 percent holding of RBS for months, according to a report.

Dutch state-owned bank ABN AMRO said it expected bad loan costs to remain high this year due to the recession in the Netherlands, after a tripling of such costs in the fourth quarter pushed it into a loss.

Dutch state-owned bank ABN AMRO said it expected bad loan costs to remain high this year due to the recession in the Netherlands, after a tripling of such costs in the fourth quarter pushed it into a loss.
Latest news
Barclays taps ECB for 8.2 bln euros of cheap cash
UK Opposition Seeks Debate on RBS Chief's Bonus
Senate Investigating HSBC for Money Laundering
Bond Market Analysis: Investors Loading Up on Corporates, Banks in 2012
Dubai Diversifies With Push Into Diamonds
EDITOR'S PICK