First Facebook Trade At $38? Not If History Has A Vote

Facebook (Nasdaq: FB), the No. 1 social network, has decided to pitch its initial public offering of 421 million shares at $38, which could raise as much as $18.1 billion, assuming ?over-allotment options.

The euro fell to its lowest levels since January following the news Greece would have to hold a new round of elections, making the prospect of the dissolution of the euro zone economic union significantly more compelling.

Asian stock markets advanced Tuesday, recovering from their biggest fall in six months in the previous session on concerns over election results in France and Greek.

First Facebook Trade At $35? Not If History Has A Vote

Facebook (Nasdaq: FB), the No. 1 social network, has decided to pitch its initial public offering of 337.4 million shares at $35 apiece, which could raise as much as $13.6 billion, assuming over-allotment options.

Novartis Acquires Fougera In $1.5B Deal

Gold prices rose towards $1,650 an ounce on Thursday after the Federal Reserve opted to keep U.S. interest rates at rock bottom, taking further support from the foreign exchange market as the dollar languished against a basket of major currencies.

Gold prices slid below $1,630 an ounce on Monday as concerns that the euro zone debt crisis could ensnare higher-rated countries hurt the single currency, though moves were muted ahead of this week's Federal Reserve meeting.

Shares of security software specialist Proofpoint (Nasdaq: PFPT) jumped as much as 31 percent in the first few minutes of trading after their initial public offering.

Human Genome Sciences Inc has rejected an unsolicited bid worth around $2.6 billion from long-time partner GlaxoSmithKline Plc, marking a new takeover battle in a drugs sector that has been swept by M&A recently.

Audi Will Buy Ducati for $1.2B: Sources

Analysts expect quarterly revenue of $19.85 billion, which would be a bump up from the $19.73 billion Citi posted a year ago. Net income is expected to be 99 cents a share, compared with $1 a share in the first quarter of 2011.

Gold eased for a second consecutive day on Thursday, but was still set for its largest weekly gain in six weeks, thanks to the toll the re-emergence of the euro zone debt crisis has taken on investor risk appetite.

Splunk Inc., a developer of software that helps companies analyze data, plans to sell 13.5 million shares for $8 to $10 in its initial public offering. 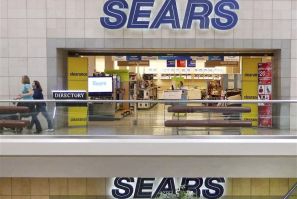 Sears Holding Corp is mulling the sale of its Land's End clothing line to private equity firms, as the company hopes to ease ongoing problems with liquidity. Gold prices slipped below $1,660 an ounce in Europe on Thursday, extending their retreat from two-week highs into a third session, as the dollar recovered from a near one-month low and crude oil prices turned lower.

BATS Global Markets, the U.S. exchange operator that withdrew its public offering Friday after a computer glitch sent its newly-issued stock into a tailspin, should develop a "credible IPO plan" and go through with it in the second quarter, its founder and current director said. 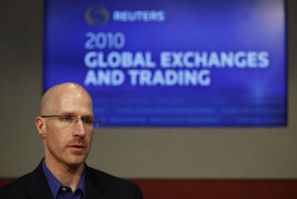 BATS Pulls IPO, Pushed By Its 'Technical Issues' On Friday

Because of serious glitches in equity-market trading operations on Friday, Bats Global Markets Inc. announced it has scuttled its planned initial public offering, which had been scheduled to close on March 28.

Payment processor Vantiv priced shares in its $500 million initial public offering at the midpoint of its expected range on Wednesday, according to an underwriter. 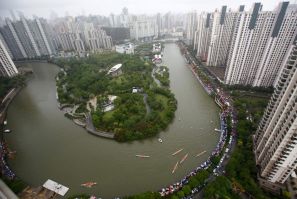 China’s Home Prices Fall In Half Of Key Cities

Home prices in nearly half of China's major cities fell in February from the year-ago period, as Beijing showed its determination to tame the property market. 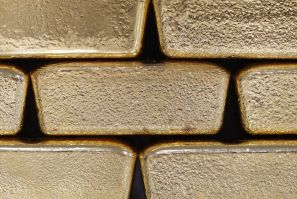 The fall in gold prices has prompted one or more central banks to buy as much as four tonnes of bullion in recent weeks, according to an industry source and a Financial Times report on Friday.
Latest news
UPS To Acquire TNT Express For €5.16B In All-Cash Deal
GE's Stock Trades Higher; Analysts Cite GE Capital Improvement
Youku to Buy Tudou, Creating China Online Video Giant
Apple's 4G-equipped iPad to Strengthen Its Market Dominance: Analysts
Facebook Adds 25 more Underwriters for IPO
EDITOR'S PICK