Megaupload.com was shut down on Thursday after the U.S. Department of Justice indicted seven owners of the file-sharing site for content piracy and losses of half a billion dollars to those with copyrights. Contrary to rumors, music producer Swizz Beatz is not the CEO of Megaupload and does not own a stake in the company, according to court documents filed by the Department of Justice.

Within a few hours of the closure of the video locker service Megaupload, scammers have started flooding social networking sites and online forums with fake links claiming that the site is back online.

The shutting down and indictment of owners and operators of the video locker service Megaupload, hot on the heels of unprecedented online blackouts against the proposed anti-piracy bills concluded hours before, has come as a shocker to the Internet community.

The U.S. government shut down the Megaupload.com content sharing Web site, charging its founders and several employees with massive copyright infringement, the latest skirmish in a high-profile battle against piracy of movies and music.

Megaupload.com Shut Down by US Authorities

The website has been charged with breach of copyright laws.

Megaupload, a leading file-sharing site, was instantly shutdown on Thursday after federal prosecutors found the site guilty of mass copyright infringement. The decision came amid a nationwide battle over online music and video piracy.

Here's how Anonymous has shut down web sites ranging from the U.S. Department of Justice to the Recording Industry of America using DDoS and LOIC

Hackers collective Anonymous, which had gone underground for the past few months, reared its deadly head again, and shut down the Department of Justice (DOJ), the Motion Picture Association of America (MPAA), Recording Industry Association of America (RIAA) and the Universal Music Web sites via The distributed denial of service (DDoS) attacks, in retaliation against the U.S. government crackdown on Megaupload and Megavideo sites.

Computer hackers from the loose knit Anonymous collective have claimed responsibility for attacks on several high profile Web sites in revenge for the Department of Justice takedown of popular file-sharing Web site Megaupload.

The move underscores the company's need to provide wireless bandwidth to a customer base increasingly using data-heavy smartphones.

Shares of Google, the No. 1 search engine, fell $4.53 to $624.13 in early Wednesday trading after the European Competition Commissioner said he might bring a complaint against it by March 31.

The White House, in response to two online petitions, said it would not support versions of Stop Online Piracy Act (SOPA) that reduces freedom of expression, increases cyber-security risk, or undermines the dynamic, innovative global Internet.

A senior executive of the Dallas-based telecommunications company wrote in a blog post that the FCC shouldn't have the power to determine which companies can purchase wireless spectrum.

For addicted reddit users -- sometimes referred to as redditors -- that's a hard pill to swallow -- half a day without the front page of the Internet, the social news Web site where registered users submit content so other users to vote it up, or down, and chime in with insight that is typically informative but almost always interesting, to say the least.

The wireless industry is looking at new ways to deliver mobile video services and charging consumers as it tries to boost usage without overloading networks, a top Verizon Wireless technology executive said.

Author of U.S. Online Piracy Bill Vows Not to Buckle

The lawmaker behind a bill to combat online piracy vowed on Thursday to press ahead in the face of fierce criticism from Internet giants such as Google and Facebook.

The lawmaker behind a bill to combat online piracy vowed on Thursday to press ahead in the face of fierce criticism from Internet giants such as Google and Facebook.

The U.S. Department of Justice's Office of Legal Counsel said in a legal memo that the Senate was unable to perform its constitutional duties on presidential nominees, despite holding "pro forma" sessions aimed at blocking recess appointments. The Republican National Committee said in a court filing that a ban on direct corporate contributions to candidates should be struck down so political parties can compete with Super PACs. 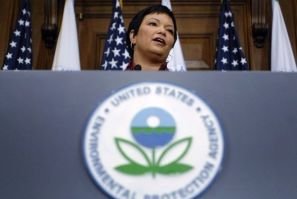 In Fighting Goliath EPA, Family Gets Support from Corporate Giants

General Electric (GE) and a slew of trade groups for the oil, agriculture and manufacturing industries are supporting a family seeking to challenge Environmental Protection Agency authority.

U.S. authorities have given Swiss banks suspected of selling tax-evasion services to wealthy Americans a Jan 23. deadline to hand over the names of client advisers, a Swiss newspaper reported on Sunday. 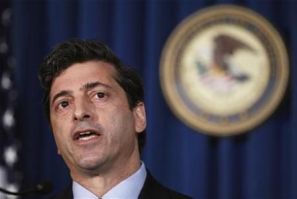 Defendant companies that are convicted in criminal cases or plea to charges will no longer be able to make deals with the Securities and Exchange Commission without admitting or denying allegations. 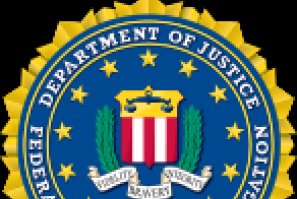 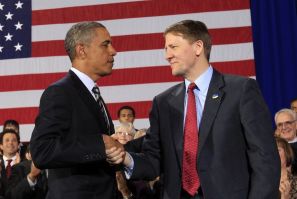 The president's recess appointment power under the Constitution is not without its ambiguities, and the president's use of this power in light of these ambiguities has given rise to significant political and legal controversy since the beginning of the Republic.
Latest news
U.S. Court Upholds Telecom Immunity for Surveillance
U.S. court upholds telecom immunity for surveillance
Family of Marine jet crash victims awarded $17.8 million
Deutsche Telekom in $95 million bribery settlement
Deutsche Telekom settles U.S. bribery probes
EDITOR'S PICK